Mass shootings are neither more frequent not more severe in the US than in other countries. 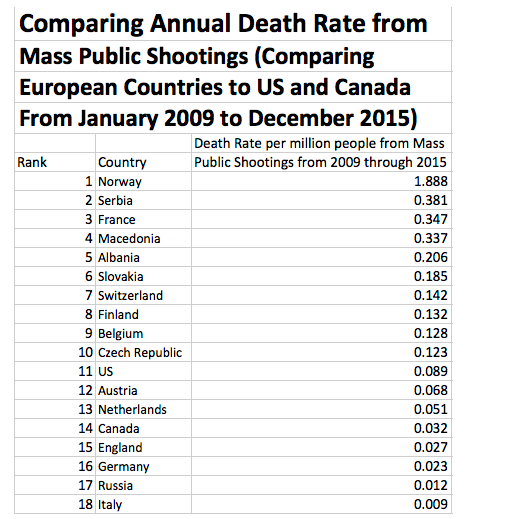 Yep.  Including counties full of white people – the only ones the gun grabbers really care aboiut.

“But that’s death rates, which get skewed by small numbers of attacks in small countries!”

Right, because France, Belgium and Canada are small countries.

OK, let’s look at the actual frequency of mass shootings, per capita – which makes all countries the same 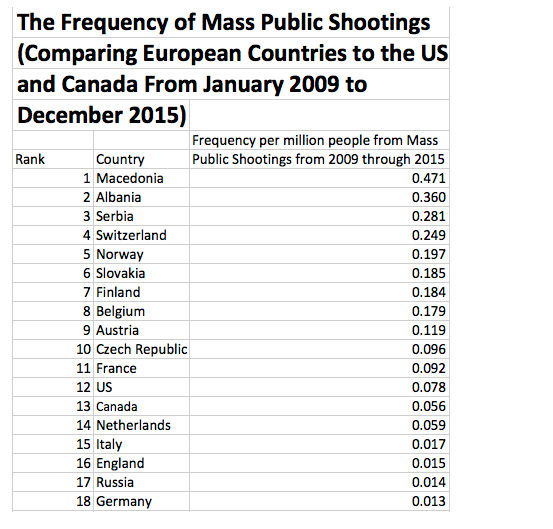 Huh.  So the US i s down the list even in terms of episodes per million people…

7 thoughts on “A Couple Inconvenient Truths”