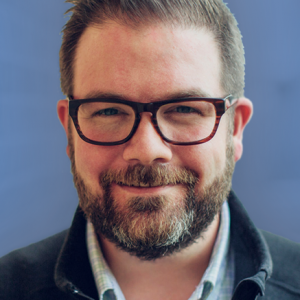 Hopkins School Board Vice-Chair Chris LaTondresse – did he tell you he’s an “Obama administration alum” yet?

The Defund the Police movement hitches it’s wagons into the western suburbs.

In the apparently halcyon days of April 2018, students and school officials of the Hopkins School District gathered together in what was called “National Walkout Day” in memory of the horrific tragedy of the Columbine school shootings 19 years earlier.  Students spoke of issues of gun control and school safety.  And while none of the student speakers were even alive when Columbine occurred, a common theme of seeking safety at school echoed in the various speeches.

A time-traveler from that April day in 2018 would have a hard time reconciling the Hopkins School District of just two and-a-half years later as the School Board voted to keep guns out of their schools – guns in the form of local police protection:

The Hopkins school board on Tuesday night embraced a student-led call to remove police from Hopkins High School — with the action to come at year’s end.

The 6-1 vote brings a suburban voice to a national movement that has sought to end the use of school resource officers, or SROs.

The move to defund Hopkins School Resource Officers comes after several months of intense online lobbying by a group calling themselves “CopsOutHHH” and a poll of Hopkins students in favor of the movement – a poll in which only 183 of the District’s 1,600 students voted.  By the end of the year, Hopkins will sever it’s relationship with the Minnetonka Police Department (the Hopkins School District includes parts of Edina and Minnetonka) in a move that supporter and Board Vice Chair Chris LaTondresse bizarrely described as not actually “defunding” the police since the contract was due to expire anyway.

LaTondresse, a DFL endorsed candidate for Hennepin County Commissioner who touts his consulting work for USAID as making him an “Obama administration alum” in the same way that I apparently was a member of Congress because I visited Washington D.C. once, claims the move will allows for more mental health funding.  Considering the SRO budget is $113,142 out of a budget of $91,502,418, the idea that shifting 0.01% of the School Board’s resources away from security and towards mental health will address either issue is laughable at best and incredibly dangerous at worse.

It’s also a conclusion that files in the face of peer-tested research.  Carleton University conducted a two-year study of SRO programs and in their report, published by Routledge in 2019, they concluded that for every dollar invested in the program, a minimum of $11.13 of social and economic value was created.  While attention would likely focus on the role the SRO could or did play in the estimated 525 school shootings over the past decade (a number in partial dispute as it groups any gun-related incidents on a school campus together), left unreported are the number of incidents prevented by early SRO intervention.  The group Averted School Violence has begun to attempt to collect and analyze such data, a task made somewhat difficult by the very nature of the endeavor – incidents that don’t escalate into violence rarely make the news.

LaTondresse and the Hopkins School Board also want to cite that SROs make students of color fundamentally uncomfortable.  While data can’t contend with feelings, even a Brookings Institute report from 2018 which was less than fully supportive of SROs as agents of school safety didn’t see any correlation between SROs and race.  Brookings believed context for arrest records and racial backgrounds were lacking and thus a poor metric to judge whether or not SROs were more likely to discriminate or otherwise negatively impact minority students.

But no amount of data – or even common sense – was present on Tuesday night as the Hopkins School Board voted to eliminate basic security without even so much as a concept of what would replace their School Resource Officers.  Instead, a small but vocal minority has continued to push a partisan agenda that endangers students for the goal of striking symbolic blow against the police.