Rep. John Lesch wrote this on Facebook yesterday, in response to a post about Shoreview DFL gun-grabber rep Kelly Moller: 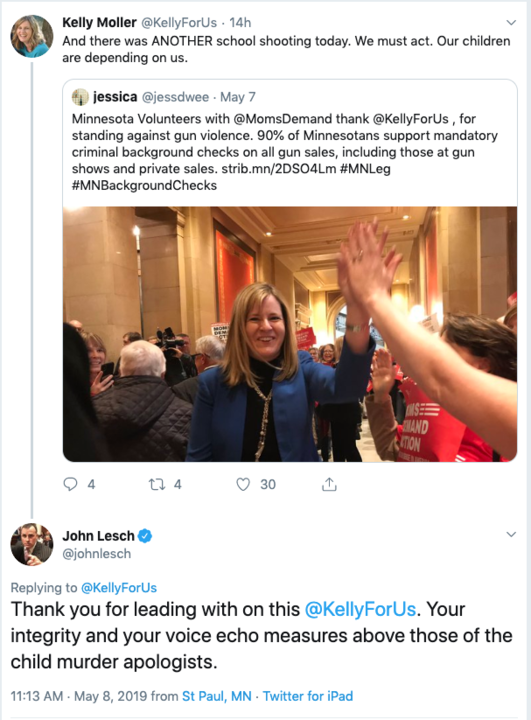 “Child Murder Apologists”. And he’s not referring to his own, Stepford-Eunuchs-like support of Planned Parenthood, here.

He’s talking about you, Ms. and Mr. Law-Abiding Gun Owner.

It’d be a mistake to call this another oe of the gaffes for which Rep. Lesch is famous. This is the mindset of today’s DFL – that you, the law-abiding citizen, are rooting for spree killers. Lesch only let his guard down.

Never, ever forget – they want the 2nd Amendment. And that’s just an appetizer.