I’ve said it in the past – the Reverend Nancy Nord Bence, the director of “Protect Minnesota“, has never, not once made a statement about guns, gun laws, gun owners, the Second Amendment, the history of the Second Amendment, or gun crime that is simultaneously substantial, original and true.

Yes, I can back that up, if you want to sit down and go through her record point by point. It’s not even close.

She may have sunk to a new low today; she sent this out in her email blast to her organization. 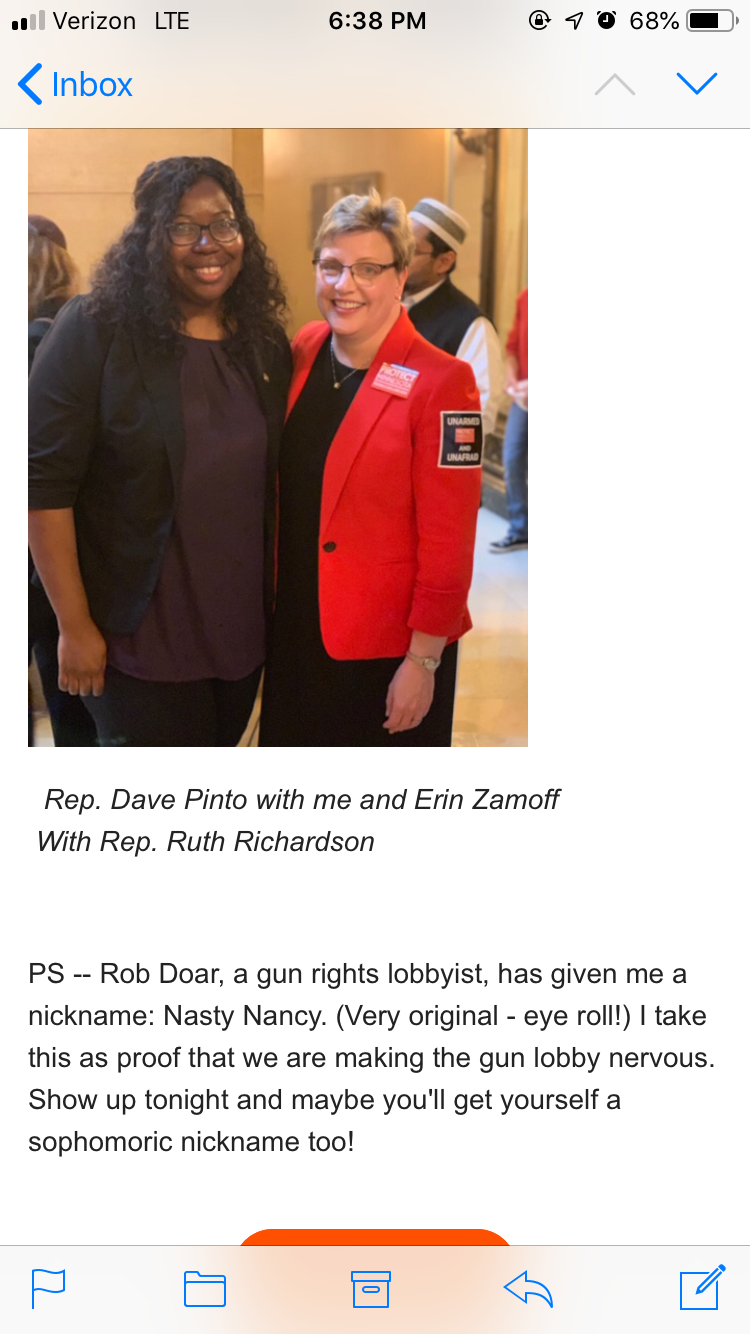 Of course, she is (let’s give her the benefit of the doubt) mistaken; the relentlessly civil and polite to a fault Rob Doar said no such thing. She is referring to Benjamin Dorr , leader of the fraud/huckster Fundraising scam “Minnesota Gun Rights”, Who is (in my relentlessly accurate opinion) a fraud and a loathsome person to boot.

Nord Bence has been informed of her “error” and told to retract. She still has not.

This is the voice of gun control in Minnesota.

UPDATE:  As of Monday night, the statement had been removed from Facebook.  However, as yet no retraction has gone to the dozens who get “P”M’s emails.