Kelly Moller – who defeated the competent and useful Randy Jessup in the  Metro Massacre last fall – is on a committee that’s in charge of writing and debating laws setting statewide policy.

And she just doesn’t liiiiiiike having to deal with all those pesky peasants: 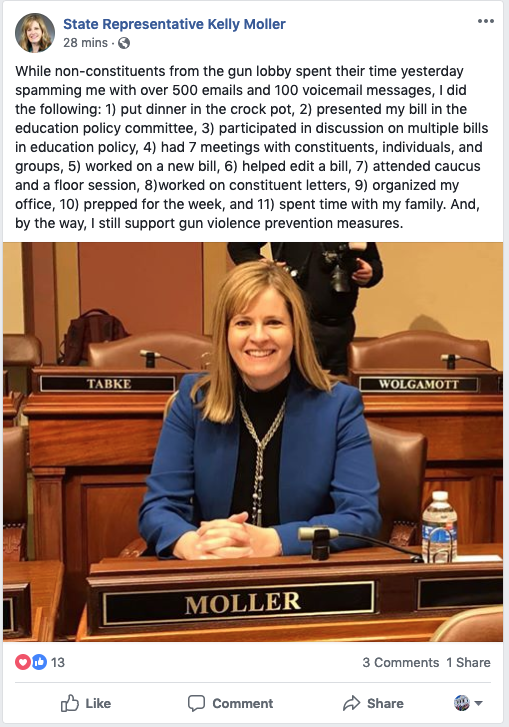 Trashing transparency.   Jamming down taxes.  Telling all you peasants to shut up and get in line.