It’s not quite a “Berg’s Law”, since it only pertains to a few groups, most particularly “Protect” Minnesota – the voice of the gun control movement in Minnesota – but it’s getting close.

Let be say this as clearly and unequivocally as I can:

“Protect” Minnesota has never made a single statement about guns, gun violence, gun laws, the 2nd Amendment, or law-abiding gun owners that is simultaneously substantial, original and true [1].

Doesn’t matter if it was Heather Martens, or Nancy Nord Bence, or any of their constantly-rotating stream of lobbyists, lieutenants and creepy hangers-on; it’s still true.

Not one single statement that is simultaneously substantial, original and true.

Case in point:  their “coverage” of the episode a few weeks ago where a (WHITE!  MIDDLE AGED!) Eden Prairie man got into a scuffle with a bunch of reportedly Somali teens at a gas station.

This was their first response to the story, going back a bit.

Now, I’ve been watching the story as well.  We don’t know much about the story, but we know a few things:

First – the man had no Minnesota carry permit.   Thank goodness.

Second – while the laws about displaying and threatening the use of lethal force are even more vague in Minnesota than the ones about the use of lethal force, it is under some circumstances legal to “brandish” a firearm to make a potential threat go away.    The law – a mixture of vague statute and very specific case law – is muddled and specific; while the juridprudence on the subject might not be designed to be a transfer of wealth from taxpayers to prosecutors, and from people to defense attorneys – but if they had set out to design such a system, it wouldn’t look a lot different.

Third – for purposes of my point, the actual behavior of the “Somali teens” doesn’t matter; they may have been utterly blameless (although groups of teenagers, especially with adolescent boys showing out for the girls, are pretty much always small, demented mobs no matter their ethnicity; given that the news reports mention nothing about their behavior, I’m doing to assume there’s something to hide).  So with that said – the video from Channel 4 seems to show that the man tried to retreat as the group of “teenagers” harried him.

Which means it’s not a “Stand Your Ground” case.

The guy may or may not have reasonably feared for his life and safety, thus possibly justifying brandishing a firearm – that, it seems, will be decided at trial.

Someone needs to tell the howler monkey – likely the gaffe-prone, not-especially-fact-obsessed Nord Bence:

As usual when “P” M makes a statement?   No.  This case wouldn’t be any different at all.

As we’ve pointed out countless times on this blog, there are four criteria you need to meet under current Minnesota law to use lethal force in self-defense; you have to reasonably  fear immediate death or great bodily harm, you can’t be the aggressor, you can only use the force needed to end the threat, and you have a duty to make a reasonable effort to retreat.

“Stand your ground” merely removes that last clause when you are anyplace you have a legal right to be.  Including McDonalds.

It doesn’t remove the other three criteria!

Was he in immediate life-threatening danger?    Was he the aggressor?  That’ll be decided at trial.

But – let me find the “Bold” button for emphasis:

He retreated!     He backed away from the “teens”!   Was it a “reasonable” effort to do so?  We’ll see what the jury decides. 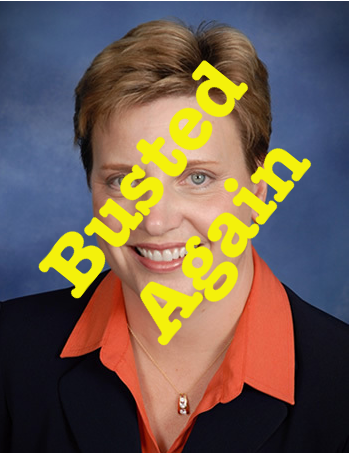 But “Stand Your Ground” was not, and would never be, an issue in this case.

And if you get your information from “Protect” Minnesota, about this or any other case, you are not only less informed, but you’re participating in making our society dumber on this issue.

[1] You may find statements that fit two out of three criteria – things that are true and original but insubstantial; you can find many that are original and substantial but patently false.   But not one single statement they or their minions with their millions have made fits all three.  Zero.