America’s left has jabbered on for decades about one form of “class warfare” (by many names, but the same idea) or another.    And on the issue of gun control, they have one – but they are the patricians, trying to keep the plucky plebeians down.

The passion gap is immense.  The intensity with with Real Americans defend their Second Amendment rights is something Big Left, in its’ infinitely dubious wisdom, mocks and taunts but can’t seem to beat for love, or…

Remember all those “spontaneous student activists” that spontaneously popped up moments  spontaneous after the Parkland shooting spontaneous?

They apparently need more spontaneous activists fast, in time for the elections: 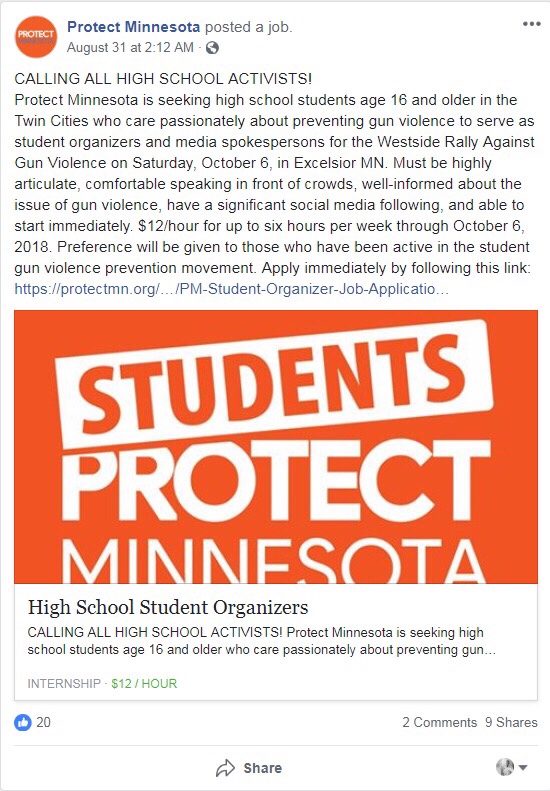 My guess – the first round of activists got new video games.

10 thoughts on “For Love Or Money”