There was very little international fanfare as five signatories placed their ink to paper on July 20th, 1917 on the Greek island of Corfu.  The signers, a mixture of Serbian politicians and Croatian nationalists, had pledged their post-war political unity under the banner of the Serbian Karađorđević monarchy.  But this was no “Greater Serbia” as the nationalists who had started the Great War had envisioned.  Rather, the signers saw their new state as a constitutional monarchy that would unite the Slovenian, Serbian and Croatian peoples in a free nation.  “This State will be a guarantee of their national independence and of their general national progress and civilization, and a powerful rampart against the pressure of the Germans”, the Declaration proclaimed.

With the conclusion of the ceremony, the nation of Yugoslavia had been born.  It had been the product of nearly a century of political idealism in the face of ethnic rivalry.  And before the ink even dried, the seeds of another near century of political division and bloodshed in the Balkans had already been planted. A modest attendance – only five signatures are on the Corfu Declaration, and they represented only around a dozen members of the “Yugoslav Committee” that had pushed for the unification of Croats, Serbs and Slovenes in one nation

From the battle of Kosovo in 1389, which robbed the Serbs of their independence from the Ottoman Empire, to the Balkan Wars of the 1910s that had set the region’s then-modern boundaries, Serbian nationalism had literally defined most of the Balkan’s history.  By the summer of 1917, it had also cost Serbia everything.

The influence of the terrorist group The Black Hand had corrupted sections of the Serbian military and intelligence services and led to the assassination of Austro-Hungarian Archduke Franz Ferdinand.  The Black Hand, and their sympathizers, had long dreamed of a “Greater Serbia” that encompassed vast tracts of the Austro-Hungarian Empire.  Ferdinand stood not only as the heir to the hated Habsburg throne, but as a political threat due to Ferdinand’s support of unification of the Slavic people under a third crown alongside the Austrian and Hungarian titles.

The Archduke’s murder had brought death across the globe, but in few places worse than Serbia.  57% of the nation’s male population would be killed or wounded during the conflict and Serbia was now suffering in occupation by the Central Powers.  What remained of the Serbian army sat in Salonika as a small part of a vast listless Allied army.  And what Serbian government still existed did so in exile in Corfu, left with little to do but issue powerless decrees.

Prime Minister Nikola Pašić wasn’t interested in pushing around paperwork while awaiting the end of the war.  A formidable politician for 40 years, Pašić had been Serbia’s Prime Minister since 1904 and was viewed as a political opponent of the Serbian “Court Party” of the government that had, in theory, supported the same aims as The Black Hand.  While the historical record conflicts Pašić’s claim to not knowing about the smuggling of The Black Hand terrorists into Bosnia who eventually shot Ferdinand, Pašić’s political history would not place him as a likely ally to the group.  In either case, the cause of “Greater Serbia” had effectively destroyed the country – it was up to men like Pašić to envision it’s rebuilding.

Few could have seen the eventual fate of post-war Europe in the summer of 1917.  For Pašić, a reborn Serbia would need allies against the Ottomans and Austro-Hungarians, and a crumbling Russia, Serbia’s long-time ally, hardly appeared able or willing to perform the role of protector.  If Serbia was going to survive, she would need ethnic allies, which by necessity meant Serbian nationalism had to be checked.  Serbia would offer a nation guided by self-determination for their ethnic neighbors.  The concept wasn’t new – in fact, it went as far back as the French Revolution.

For Croatian intellectuals of the early 19th century, the Balkan ideal was a unification of all southern Slavic peoples, or “Yugoslavism.”  The name itself was a combination of the Serb-Croat word “Yugo” or “southern” and Slavic.  With the French Revolution propelling ideas of self-determination, Croatian politicians and writers fixated on a mythical unification of all southern Slavic people whose ethnic distinction would merge in a Balkan melting pot that would look like, perhaps not surprisingly, a culturally Croatian nation.  As such, the concept of “Yugoslavism” held little appeal to Serbs, Slovenes and Bosnian Muslims.

The unification of Italy would re-ignite the fire of “Yugoslavism” in the late 1870s.  For Serbia, Yugoslavia might represent a similar grand unification and allow Belgrade to play the role of the Kingdom of Sardinia and Piedmont as providing the political and military heft to a new empire.  For the first time, Serbs and Croats spoke of “Yugoslavism” as political goal, albeit with vastly different interpretations of who would be the dominant political and cultural force in such a joint nation.  Coupled with the example of the alliances of the First Balkan War against the Ottoman Empire, the hazy 19th century dream of a single Slavic state appeared as a potential reality in the 20th century.

In a cruel irony, the war that would unite the Croats and Serbs had been launched by a Yugoslav, not Serbian, nationalist.  “I am a Yugoslav nationalist, aiming for the unification of all Yugoslavs,” said Gavrilo Princip at his trial.  “I do not care what form of state, but it must be free from Austria.”  That defining principle would be shared by the signers in Corfu. 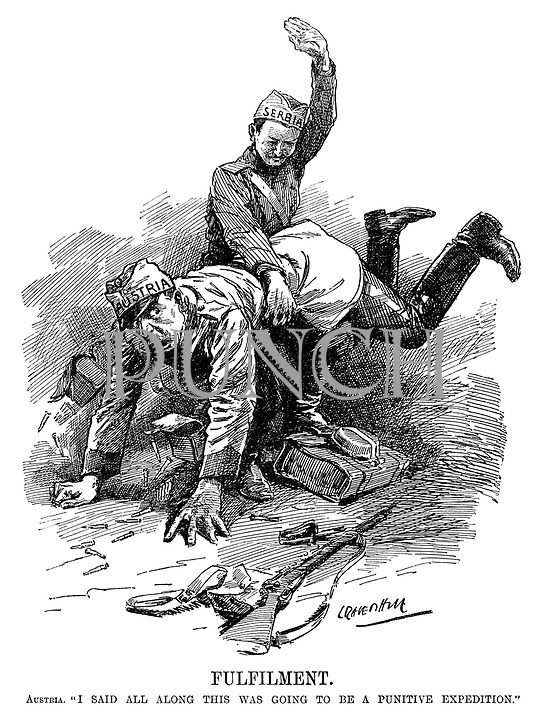 From the early, heady days of the war – Serbia held out against Austria-Hungary far longer than most anticipated, but at tremendous cost

Nikola Pašić would have an additional motivation to find Croatian allies before the end of the war – the territorial promises made to Italy.

The 1915 Treaty of London that had brought Italy into the Great War had contained what Britain and France likely considered colonial scraps.  However, the Treaty also granted Italy large chunks of the coastal region of Dalmatia, which was currently under Austro-Hungarian rule.  Beyond the fact that Dalmatia was culturally Croatian, if Italy controlled the region, it would again relegate any future Serbia as landlocked.  Belgrade wasn’t about to trade a hostile Austro-Hungarian neighbor for a hostile Italian one.  Serbia could hardly make a claim on Dalmatia, but Croatian nationalists could.

Ante Trumbić would become the Croatian face of the new Yugoslav nation.  A former Austro-Hungarian mayor, Trumbić had been exiled due to his support for a Croatian-Slovenian Yugoslavia, even starting a “Yugoslav Committee” with the sole purpose of lobbying the Allies for support.  Trumbić needed an influencial ally; Pašić needed a moderate Croat he could sell to Serbian nationalists.  Together, they created most of the foundation of the Yugoslavian State. 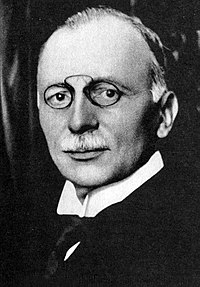 The Corfu Declaration embodied, on paper, the best principles that the Western Allies claimed to be fighting for: guaranteed universal male suffrage, territorial indivisibility, religious freedom, and full legal equality for the three national denominations.  The details of the new state were vague, but considering the territory that they hoped to govern was still ruled by their Central Powers opponents (and promised to one of their nominal allies), the Declaration was more a statement of intent than definitive plan.  The marker had now been set – the Allies stood for the independence of ethnic states ranging from Eastern Europe to the Middle East.  In a brief two years, the goals of London and Paris had shifted from dividing colonial territory to a redrawing of the map of the world into smaller and smaller states.

The unity of the Corfu Declaration would not even survive to the actual founding of the Yugoslav State.

Pašić would soon tell Trumbić that calling the new nation “Yugoslavia” was good for domestic consumption, but that in international affairs “Serbia” ought to represent all three ethnic groups.  It soon became clear that the proposed Constituent Assembly that would rule Yugoslavia would be tilted in favor of Serbian control and would have little veto power against the Serbian monarchy.  Despite being given the post of the first Foreign Minister of Yugoslavia (Pašić would be the first Prime Minister), Trumbić voted against the 1921 Yugoslavian Constitution, decrying the document’s enshrinement of Serbian hegemony.

By the 1930s, Trumbić was out of power in Yugoslavia and could only offer his emotional support as King Alexander embraced a royal dictatorship that formally renamed the nation as “Yugoslavia” and stripped numerous Serbs from power, at last balancing out the power structure Trumbić and other Croats thought they had agreed upon in 1917.  It would be a preview of the post World War II era of the nation as only dictatorial power could seemingly prevent one group from dominating the others.

In his last media interviews Trumbić expressed regret he ever signed the Corfu Declaration, claiming he wished the Austro-Hungarian Empire had never disappeared.