Over the weekend, Tina Flint Smith – former de facto governor of Minnesota, and currently finishing out Al Franken’s term and running to replace him this fall – had this to say on getting (shock of shocks) the endorsement of Education Minnesota.

Read it and pass it around: 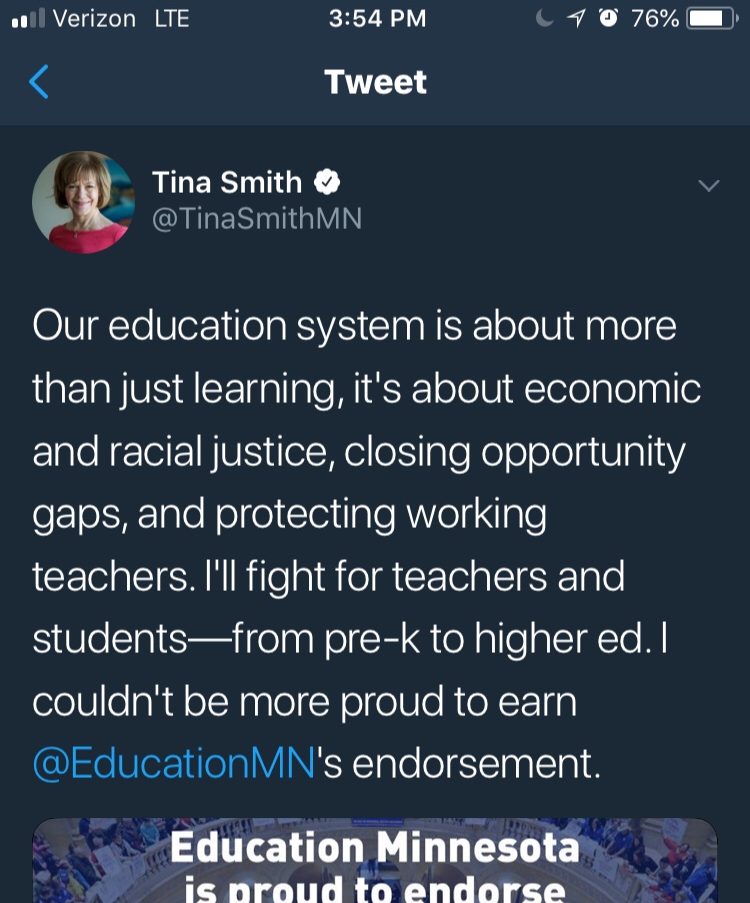 Was it Will Rogers who said sometimes politicians slip up and tell the truth?

9 thoughts on “This Is Tina Flint-Smith”