Minnesota Gun Owners  Caucus has initiated a new feature – “Anti-Leaks”.   As the GOC describes it, the feature will show leaked communications between gun-grabber groups, documenting the depth and depravity of the conspiracy against your Second Amendment rights.

Yesterday’s installment was a funny one; former Maplewood police chief Paul Schnell – who has been the cop for hire on many of “Protect” Minnesota’s dog and pony shows – got an email from a PR firm working for Gabby Giffords’ organization:

They are, in effect, putting words in the chief’s mouth: 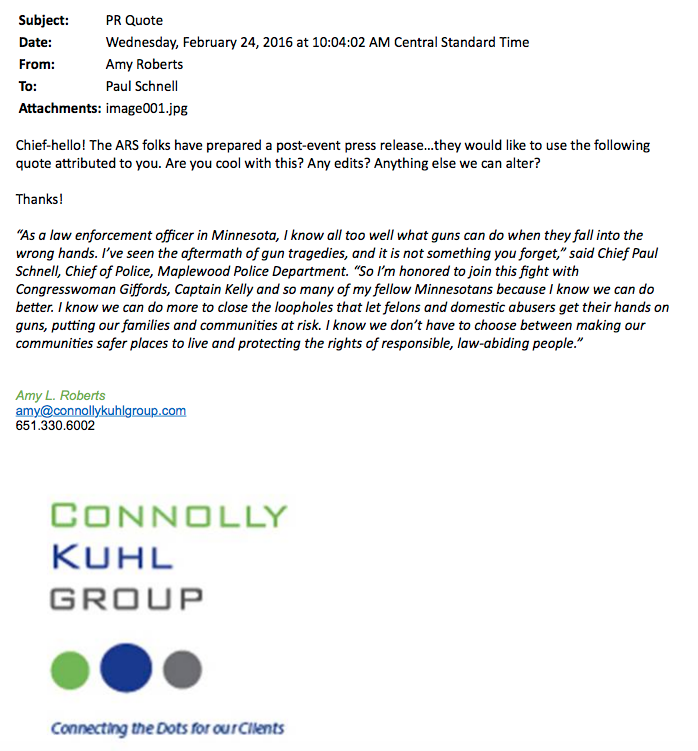 No, I didn’t expect better.

5 thoughts on “Lie First, Lie Always: They Can’t Even Write Their Own Lies”