When gun-grabbers can’t win arguments on the facts – and it takes a really, really dumb 2nd Amendment activist to lose an argument on the facts, since every last one favors us – they go for the emotion.

And to back up the emotion, they’ve got fake facts.

Which is not to say the facts themselves are fake; it’s just that they are tortured into a form that leaves a false conclusion.

To wit, this graph from lefty propaganda organ “The Trace”, showing “gun violence” rates in a particularly violent neighborhood of Saint Louis: 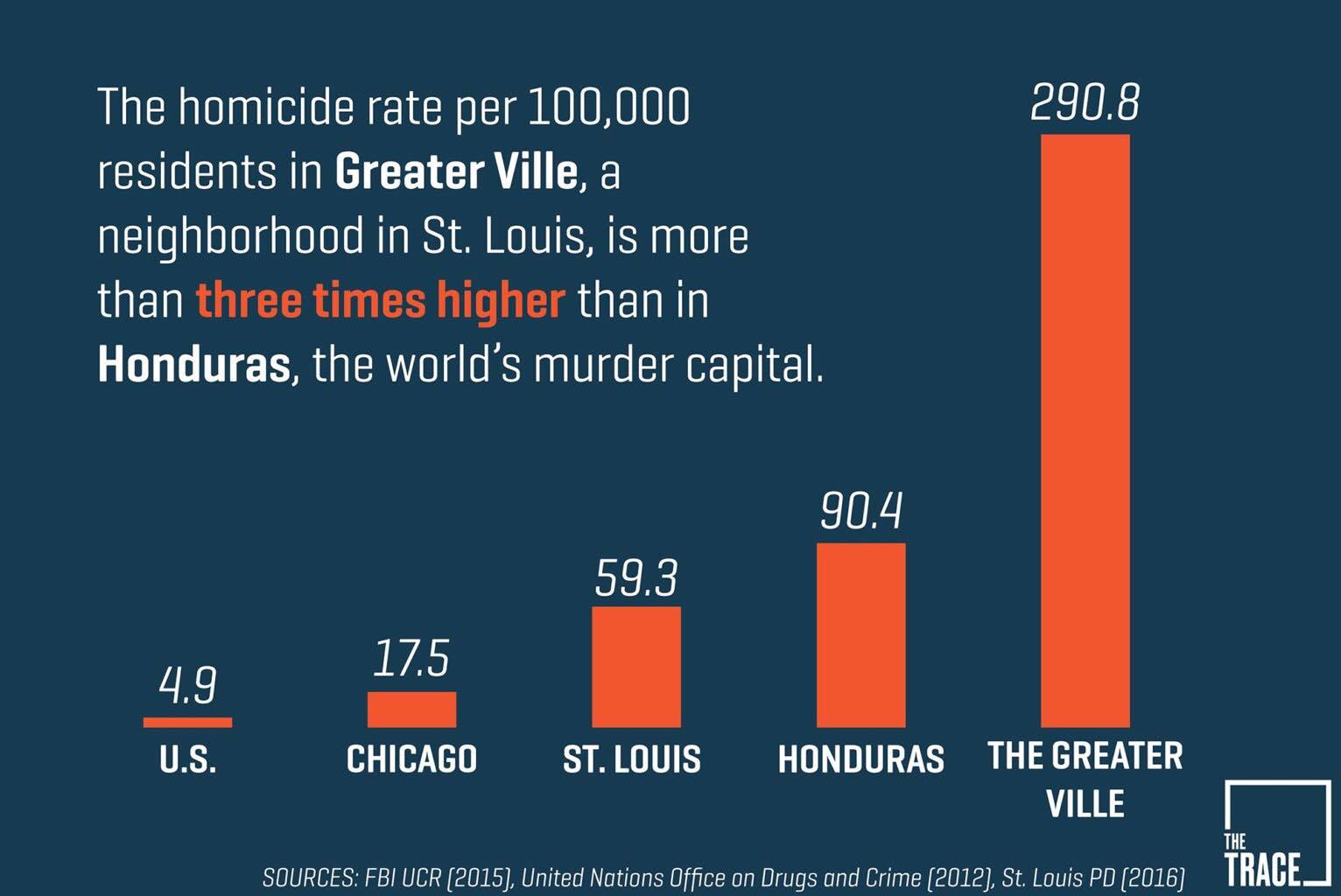 More violent than Honduras?  The most violent country in the world?

Well, yeah.  The neighborhood in question is what’s technically known as a “Crime-Ridden Hellhole”.  Gangs, every variety of urban blight, decades of use by the city’s welfare system as a “warehouse for the poor”.

The intended effect on the ignorant and gun control activists (pardon the redundancy) is to have them go “Wow – part of Saint Louis, more dangerous than Honduras?  Time to ban guns!”

And if you look at the intersection of Prior and University in Saint Paul in 2015, the murder that took place out in the street one Saturday night, in a n area of four square blocks with a population of maybe 50 people, gave the area a murder rate of 2,000/100,000.

What really matters is this:   can people live, work and raise kids productively in an area?     And by that measure, places like San Antonio and Boise and Cheyenne and Salt Lake City, where the ratio of guns to people is over 1:1 and the crime rate is almost too low to bother measuring, stack up pretty well.

The answer – in Democrat-dominated hellholes like the Grand Ville and the North Side – is “What, are you kidding me?”