“Prince is like your generation’s version of Elvis dying”.

That’s what my daughter said as I was eating dinner last night.  And she’s got a great point. 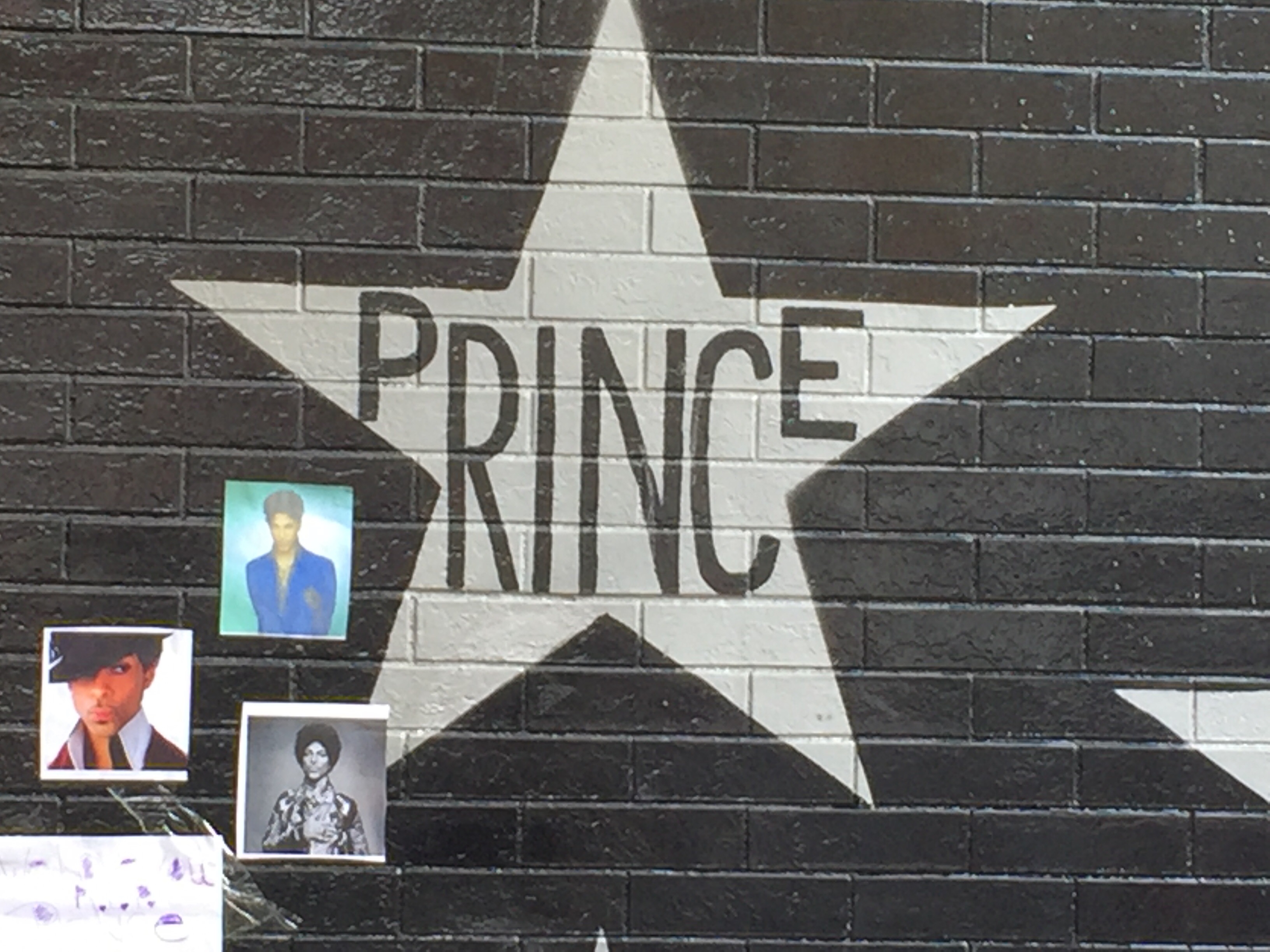 Everyone in the Twin Cities, it seems, has a “when I met Prince” story.  Mine’s pretty mundane; it was a First Avenue, not long after I moved to town.  I probably noticed the people Prince was with long, long before I noticed Prince himself – he was, like, 15 inches shorter than me.

My better “Prince” story was more of a one-degree-of-separation tale:

The other guitar player in my band worked at a coffee shop located by where all the Twin Cities record labels were based, and where groups like Husker Du and the Replacements were based. He did it for the music networking.   One day I was having a cup of coffee, and my guitar player introduced me to a new waitress, a dizzyingly attractive latin-american woman. She was a musician. I started trying to work whatever magic I had at that time of my life.

“I have a demo tape I’m going to give to Prince”, she said.

You and me and every other musician in town I thought; “I’d love to hear it sometime”, I said. She played me something on her Walkman. I resolved to come back and talk more.

A few weeks later, news made the rounds that she was dating Prince; they lived together for a bit, and he produced at least one album for her.

So close, but yet so far.

I Was Working Part-Time At The Five And Dime;   More seriously?

If I had a nickel for every blog post I’ve begun over the years with “They didn’t have much “black” music in North Dakota when I was a kid”, I could skip a year’s worth of pledge drives.

But the confluence of MTV, Top40 radio making it to Fargo, and kids from out of state moving to North Dakota when I got to college, introduced me to the radical notion of someone who was:

And so I listened.

And as I got into my early twenties, and started to ponder where it was that I wanted to start my adult life, and thought “a music scene that can spawn the likes of not only the Replacements, the Hüskers, but this…:

(Unfortunately, not the version shot at First Avenue – the idea that there was a club like that place looked in the movie was a part of the draw, too)

…and I was sold.   If that was a city that could keep that kind of a polyglot scene happening, it was the place for me.

So while my “when I met Prince” stories may be among the Twin Cities’ most underwhelming, I can at least say that he affected my life that much.

Has Anybody Heard About The Quake?:  First things first – Prince was an astounding musician. 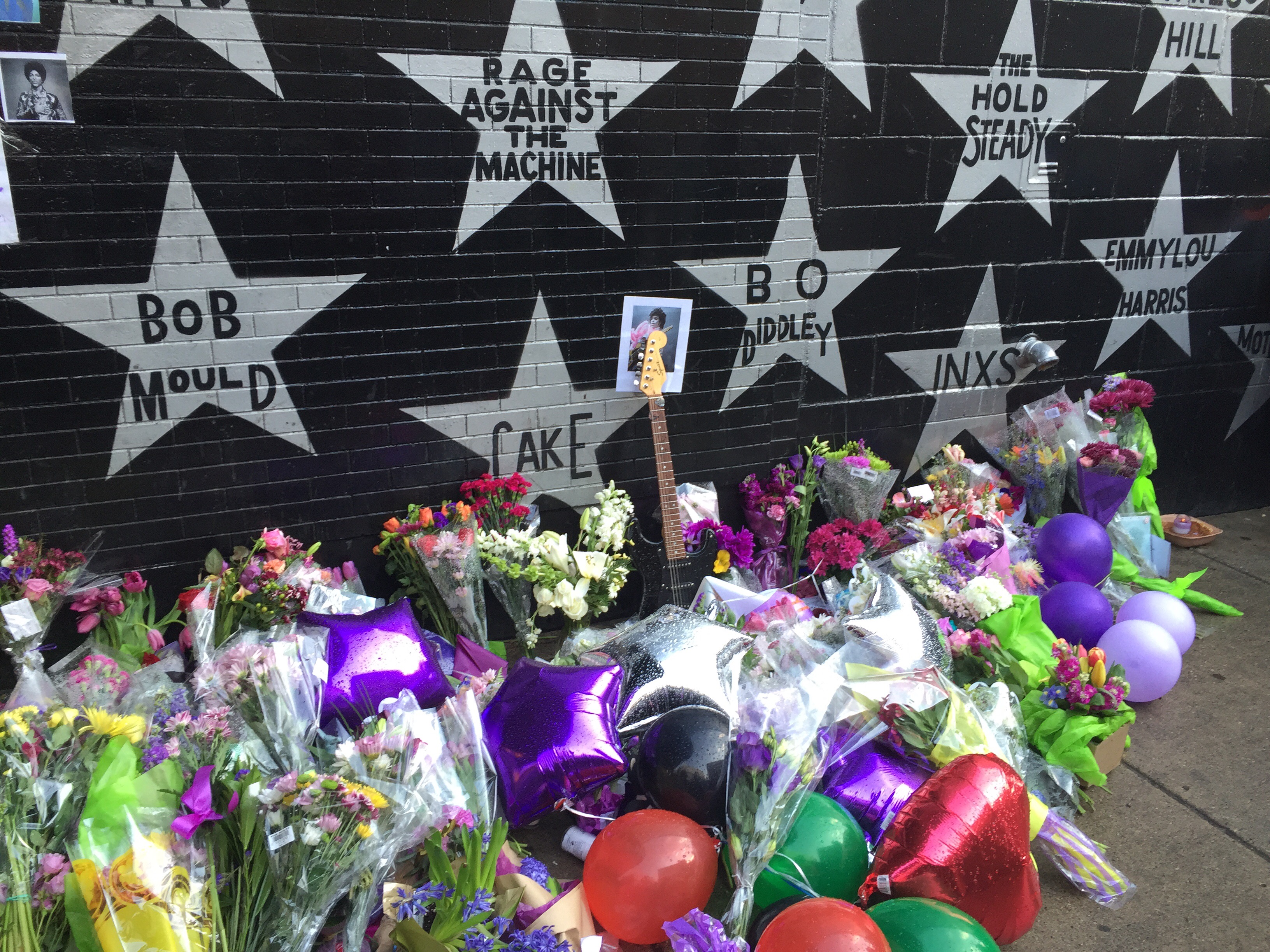 Let’s start with the fact that he was the most criminally underrated guitar player of all time.

Prince was scandalously underrated as a guitarist.

And as a bassist.

And…well, he was generally recognized as an excellent singer. Although in fact he was really several singers; a crooner, a Little-Richard-style rocker, a James Brown-style R&B raver.

He was, in fact, not just a one-man band (he recorded all the instruments and vocals on his first several albums, up through 1999, and many of his recent albums, and many more of the thousands of songs reputed to be “in the can” out at Paisley Park), but a one-man-band composed of some of the best musicians in the business on their respective instruments.

And he played over 20 of them.  In addition to writing all his own music, producing something like 60 studio albums (and, legend has it, enough backlog to release an album a year for several decades – as of the early 90s)

White, Black, Puerto Rican, Everybody Just a-Freakin’:  Back to my daughter’s remark that started the whole thing; the idea that Prince was my generation’s Elvis. 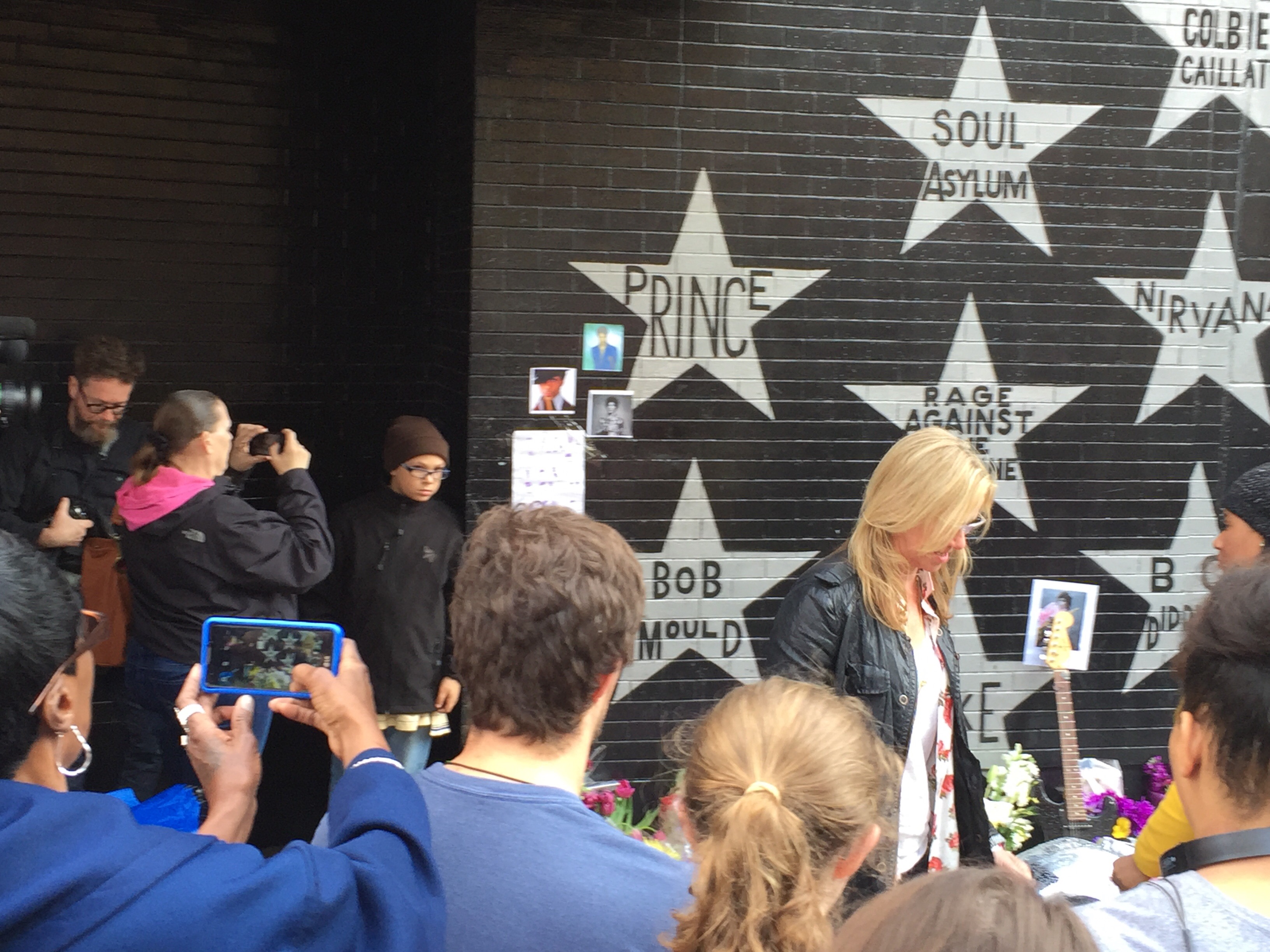 In his prime, Elvis (and the rest of the Sun Records lineup) did something that the best genres in American music before – folk, jazz – did; wantonly mix “black” and “white” music into an all-new form.  Ditto the Beatles, at least early on.

And after the Beatles drifted into psychedelia and Hendrix died,  black and white music seceded from each other in the early seventies.   They stayed in their neutral corners…

…until Prince, touring with a band that was two black guys, two white guys and two white women, became simultaneously the best R&B band on the planet and, pound for pound, one of the best rock and roll bands, too.

In a half-decade that saw some of the most glorious genre-bending that we’d seen since the Rascals were passing for “black” on the radio, Prince and the Revolution were the bleeding edge of the fashion curve.

No, really; check out his halftime performance at the 2007 Super Bowl; he invoke and mixes and eventually purees Queen, James Brown, Hendrix, Ike and Tina, Creedence Clearwater, Clapton, the Foo Fighters, and his own catalog into an explosion that had to have had James Brown dancing in his grave:

Forget the building in Cleveland; this is what the Rock and Roll Hall of Fame should be.

Purple Reign:  I made it downtown for some of the party yesterday (it’s where most of this post’s photography comes from).  For all I know, the block party may still be going on in Minneapolis.  Part of me wishes I could have been there.

In a sense, I was – from 1985 through the late eighties.  It was an amazing time. Ask anyone who was there; we’ll tell you about it ’til your ears bleed.

But in a way, the party came to everyone;  it was a big night for purple around the world: 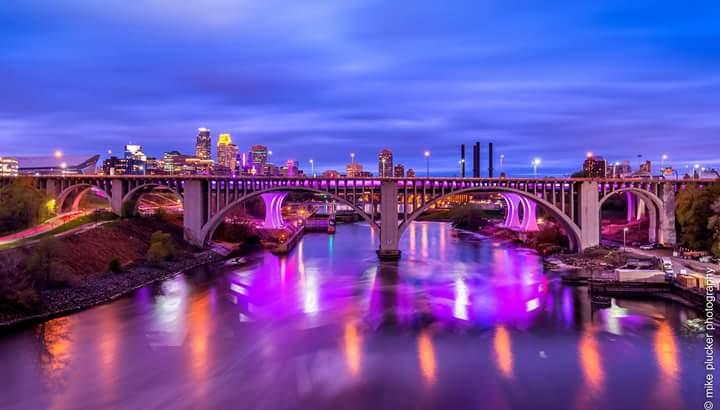 The Mississippi River in Minneapolis

As my friend Erik “The Transit Geek” Hare put it, he’s so huge, he owns an entire color.

12 thoughts on “Some Say A Man Ain’t Happy, Until A Man Truly Dies”