Yet another pedestrian has been killed along the Rail Of Death Line from downtown Minneapolis to the Airport.  I’ll urge prayers for his family and the people in his life. 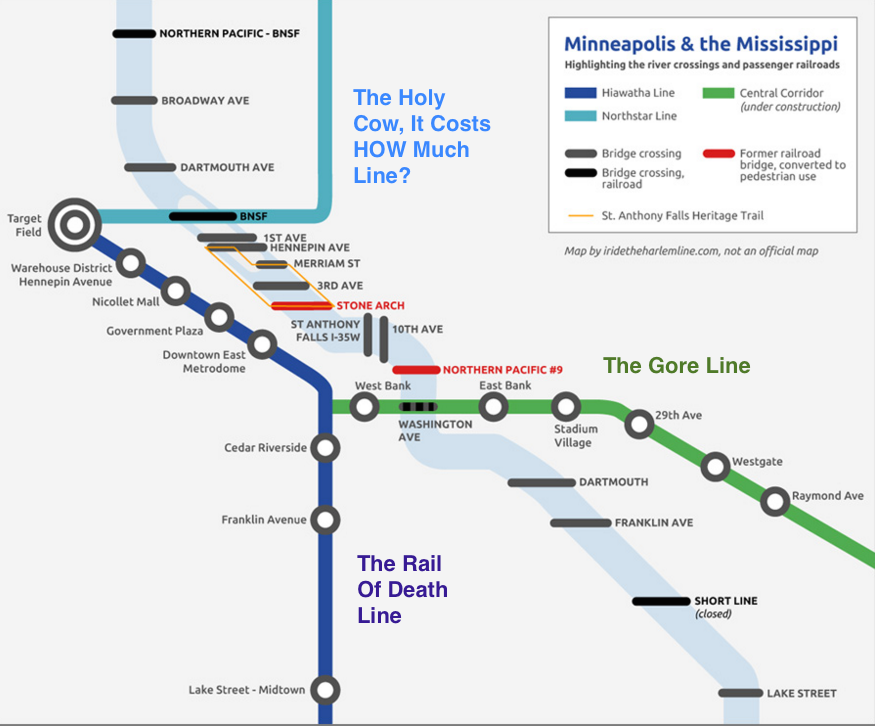 Map borrowed from “iridetheharlemline.com”. I do not ride the Harlem line, but it’s one of the better maps of the TC rail system I’ve seen…

This follows on two more train-pedestrian accidents on the Rail of Death Line, as well as the Gore Line through Saint Paul, last month.

If It Saves Even One Life…:That brings death totals to:

That’s more deaths than in every spree killing in Minnesota history – and we’re paying for it.

Minnesota doesn’t need any spree killers, Kim Norton.  We have our transit system.