It was designed to change the Entente’s fortunes in the Great War.

Across open fields clouded by chlorine gas, 6 divisions-worth of newly trained British soldiers threw themselves at the lightly defended (but heavily fortified) German line.  For the first time in 1915, the British were taking on a significant role in operations on the Western Front.  The young men who were leading the charge had answered the call from Britain’s Secretary of State for War, Lord Horatio Kitchener, whose very image had surplanted the traditional “John Bull” (the British “Uncle Sam”) in rallying Britons to defend the Entente.  After a hard year of bloodletting from their French allies, “Kitchener’s Army”, or “Kitchener’s Mob” as his critics derided the volunteer recruitment effort, was to go into battle at the French town of Loos-en-Gohelle.

The Germans never saw the attack coming, and coupled with a surprise artillery burst and the first use of poison gas by the British, the Allied advance looked to be successful.

It ended in another wholesale slaughter. 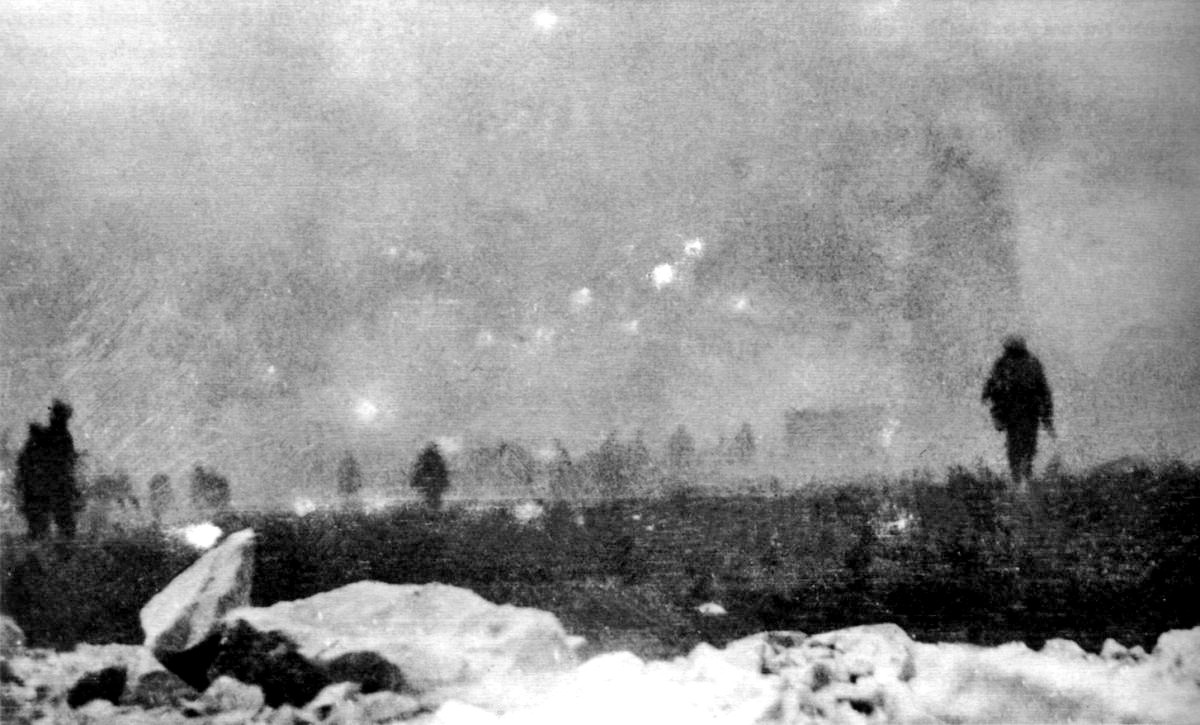 By the fall of 1915, Britain’s strategy to win the Great War had gone horribly adrift.

With perhaps the sole exception of Lord Kitchener, Britain’s government and military had assumed (like most of Europe) that the war would be a brief affair and over by Christmas.  By Christmas, the British Expeditionary Force in France had been exhausted and the Western Front stalemated, leading the British to embrace tertiary fronts in the increasingly vain hopes that the Great War could be won without engaging the fearsome German Army.  So while British and Commonwealth units attempted to defeat the Ottomans, British volunteers largely sat in France, repulsing occasional German attacks or conducting modest offensives.

The minimalist British role in fighting on the Western Front was not lost on France.  Despite the horrors of Verdun to come, 1915 would prove the bloodiest year for France’s soldiers, with 1.9 million casualties.  The political fight over who was responsible for fighting was drawing blood between the Allies.  The British commander-in-chief of the Armed Forces, Sir John French, bitterly clashed with his French superior General Charles Lanrezac and the head of the entire French Army, Joseph Joffre.  Dour and arrogant, French appeared better at racking up political victories than military ones, and he was opposed to resuming the offensive in 1915. 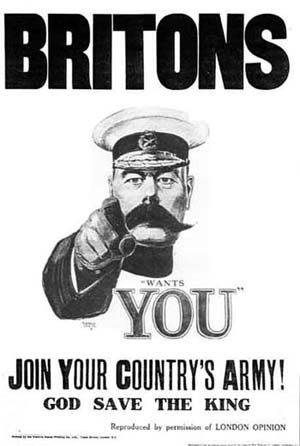 Lord Kitchener (depicted) was the living embodiment of the British standard, having won a reputation in numerous colonial battles.  His “New Army” would forgo conscription for volunteers

French’s resistance to engaging in larger offensive operations had valid points.  Part of French’s (mistaken) assumption was that Germany’s growing supply storage would leave the Germans without resources by the end of 1915, and thus open to a counterattack in 1916.  French also had contempt for Kitchener’s “New Army”, but it was largely born from French’s personal dislike of the Secretary than it reflected his opinion on the caliber of the effort’s 2 million new recruits.  Still, these were men without combat experience, fighting for a British empire being stretched by commitments in the Middle East, Africa and (soon) the Balkans.  And it wasn’t as if the British hadn’t taken losses even in their defensive positions.  At Neuve Chapelle in March, as part of the larger French offensive, the British had lost 13,000 men.  At Ypres in April, amid the first German gas attacks, another 60,000 Britons had fallen.  France and Russia had the Entente’s largest armies – they should shoulder more of the combat load.

But French and Russian losses dictated the British take some pressure off of their allies.  Sir John French was overruled – Britain would again be on the march on the Western Front.

From left to right: Douglas Haig, Joseph Joffre and Sir John French – the main Entente commanders on the Western Front.  Only Haig would remain as a major command by the end of the war

The target was Loos-en-Gohelle (or simply, the Loos), a small French village that if captured, might turn the flank of the German defenses at Artois and Champagne, already under siege in a French offensive.

Sir John French and his subordinate Douglas Haig had rejected the Loos for an offensive earlier in the year.  The terrain around the Loos was flat and the Germans had been building up their fortifications as the German strategy for the Western Front turned to the defensive in 1915.  Joffre and Kitchener disagreed.  The German fortifications had taken the place of actual German troops – only 3 divisions held the Loos.  Coupled with the British decision to embrace poison gas warfare, the odds of the secretive attack looked good.

Instead, on September 25, 1915, nothing went according to plan.  British artillery, designed to cut the barbed wire criss-crossing it’s way across no-man’s-land, failed to do so.  British units, needing to follow carefully coordinated timetables, departed their positions hours behind schedule.  And the 140 tons of chlorine gas, which had caused such panic when successfully used by the Germans, ended up blowing back against the British lines, causing more British casualties than German ones. 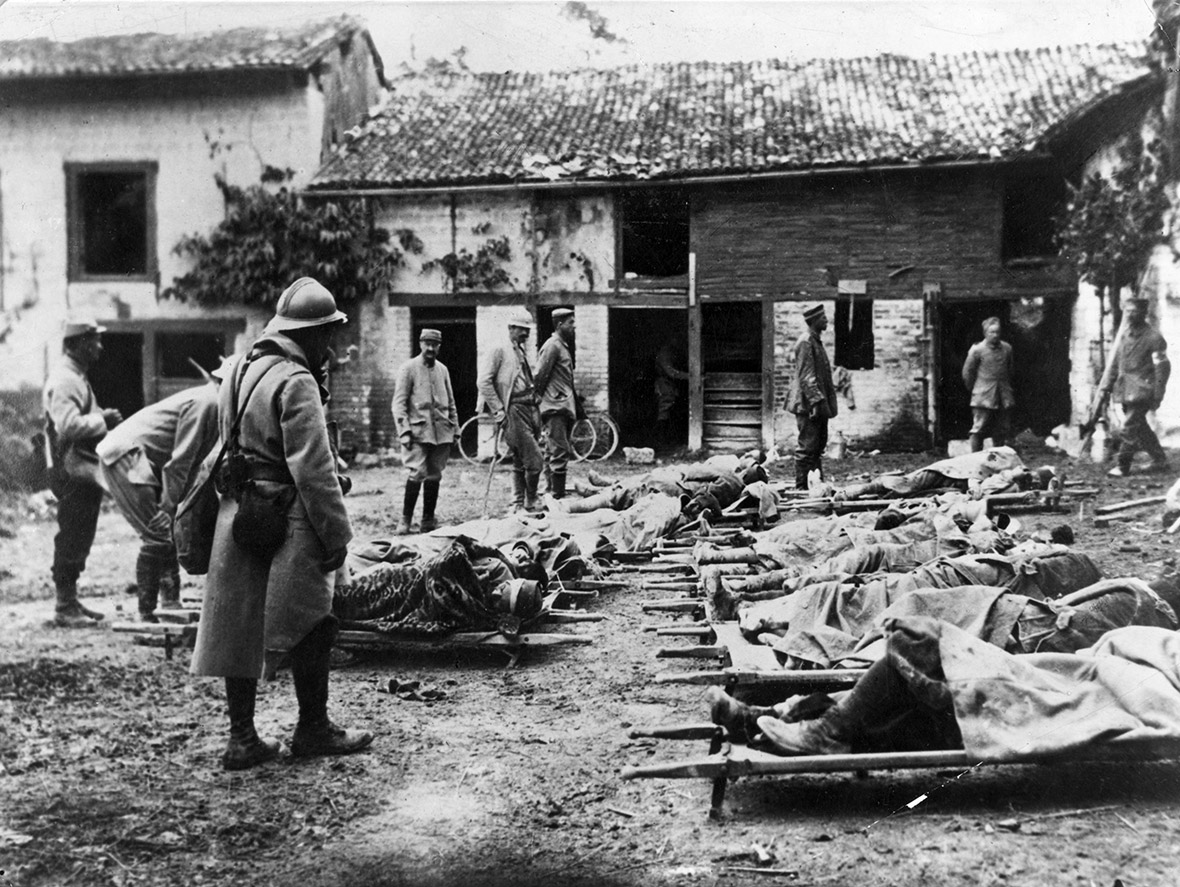 Wounded French troops at the Loos – the operation was a part of the larger Third Battle of Artois, which claimed another 48,000 Frenchmen

And yet, as we’ve seen so many times before between this series and our WWII series, despite horrible luck and terrible execution, a battleplan was succeeding.  By the end of the first day, the Loos was back in Entente hands, for precisely the reasons Joffre and Kitchener had supported the offensive – the Germans would simply be outnumbered.  But the broader hope for the Loos offensive – that mobility could be reinstated to the Western Front – had once again failed to materialize.  So the attack pressed on.

Drunk on their success from their first military actions, Kitchener’s Mob charged the German secondary trenches.  In four hours, 8,000 of the 10,000 attacking British troops were either killed or wounded.  By the time the next phase of the offensive had been halted, 20,000 British troops, including 3 major generals, were now casualties.  Amid the German counterattack, and the British efforts to hold their gains, over 59,000 men were being sent home, some on hospital ships, others in body bags.  The Loos had been gained at a frightful cost, but little had been “won.”

For all the dissension in the Entente ranks about the relative lack of Britain’s willingness to fight, the nation would lose over 285,000 men in France in 1915, as part of a million casualties on all fronts that year. 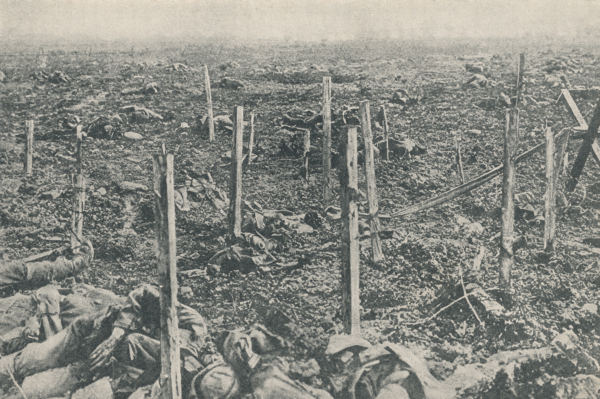 The Aftermath – between the Loos and other battles of the Third Battle of Artois, the Entente lost almost 110,000 men to the German’s 51,000.  The Entente had gained a little ground, but hadn’t changed the frontlines significantly

The ancient Roman senator Tacitus is perhaps first credited with the statement that “victory is claimed by all, failure to one alone.”  For Britain, the failure of the Loos was entirely Sir John French’s.

French hadn’t called up his reserves quickly enough; his communications were slow and undisciplined.  In truth, French had played the role of political strategist as much as military strategist, and had planned poorly as both.  With Joseph Joffre and Lord Kitchener both pressuring London to sack French, only French’s relationship with Prime Minister H.H. Asquith was saving his position (Asquith’s wife frequently wrote to French about the political comings and goings in the War Cabinet).

That would turn as French’s subordinate and friend Douglas Haig began moving to get his superior dismissed and assume the role of commander-in-chief for himself.  Partnering with Kitchener, the two began issuing memos to London blaming French’s handling of units for the defeat.  French’s frosty relationship with his French allies was already straining the Entente; now his overall competency was being questioned.  Summoned to London, Haig told King George V that French had become “a source of great weakness to the Army, and no one had any confidence in him any more.”  French, who had attempted to be cautious with British lives, was accused of precisely the opposite.

Haig’s machinations did the trick – by late December, French was returned to home duty while Haig was given the command of British forces in France.  The news was cheered by the British troops in their trenches.  Their opinion would quickly change as Haig would develop the moniker “the Butcher” – given to him at the expense of two million more British casualties.