One of the tiny network of astroturf gun-grabber groups that’ve been trying to gut the Second Amendment in Minnesota is “Moms Demand Action”.   They are run by the rather overwrought-sounding Jane Kay.

So far, their main contribution to the anti-human-rights effort has been to make Heather Martens and “Protect” MN sound almost reasonable.  Oh, yeah – and generate Twitter spam for legislators.

Now, the Joyce Foundation has been spending big liberal-plutocrat bucks trying to get Minnesotans (outside of white, upper-middle-class Carlton grads in Crocus Hill and Kenwood) to take them seriously.

And so apparently they have a new PR angle – something to put a jaunty face on what had to be as humiliating a year for Moms Want Action as for all the rest of Minnesota’s anti-rights crowd.

Anyway – new branding!  They rolled it out last week!  Here it is! 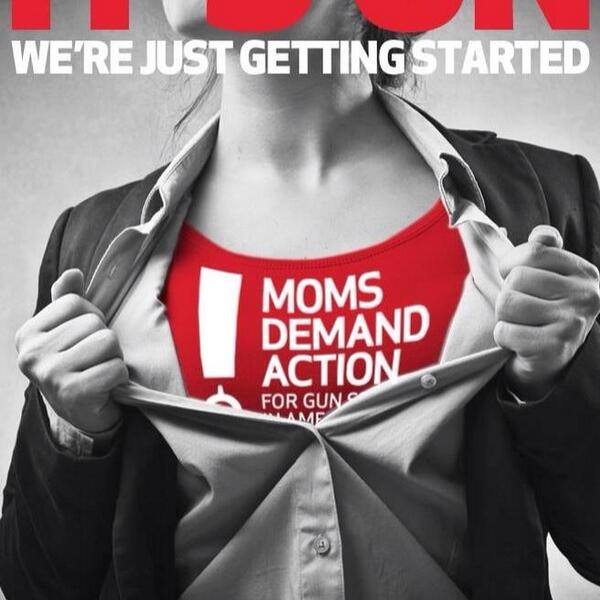 When your group name already sounds like an x:rated website, circulating an image of a woman disrobing could be considered a marketing fail.

I worry sometimes that the anti-rights movement is floating people like Jane Kay and Heather Martens and groups like Moms Want Action! to lull pro-civil-rights Real Americans into a false sense of intellectual, rhetorical and political superiority.

Whether by design or not, I gotta admit – it’s working.