To:  Speaker of the House Thissen
From:  Mitch Berg, Uppity Peasant
Re:  Vote NOW!  For the Children!

You’re taking a lot of flak for pulling Rep. Paymar’s gun grab bill from the agenda. 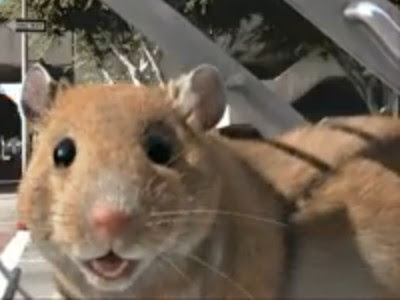 You’re getting the flak from the usual crowd; astroturf checkbook advocacy groups whose executives are also their entire membership; “faith” groups of the type PJ O’Rourke once described as “having faith the same way some people have halitosis”, the smug preening “faith” of the church that has adopted government as a sort of Executive Assistant to God.

A group of anti-gun zealots.  They’re frowning because someone – I bet it was the second guy from the right, in the glasses – forgot to invite anyone that wasn’t a white, Volvo-diving, NPR-listening, alpaca-wearing pre-1970 Saint Olaf graduate.  Courtesy of the Joyce-Foundation-supported MinnPost.

And while I wouldn’t ordinarily dignify any of these people with considered ridicule – because in this case, they’re people using their invincible ignorance in service of a lie – I think they have a point.  I’ll take this quote from this story, from MinnPost (which is funded in part by a grant by the Joyce Foundation, an anti-gun zealot group):

The Minnesota Gun Violence Prevention Coalition, which encompasses the main people and organizations working for firearm regulation in Minnesota, staged a rally/press conference on Friday to demand Thissen allow the measure to come up for a vote.

“It seems to me that Speaker Thissen is trying to protect the caucus,” said Sami Rahamim, whose father, Reuven Rahamim, was killed in the Accent Signage shooting last year.

Rahamim posed a tough question for Thissen and the rural Democrats who tanked the gun-control bill: Does the DFL House caucus need protecting, or “hardworking citizens like my father?”

I know – the Accent Signage shooting both takes attention away from the fact that violent crime (outside North Minneapolis) has been in free fall for 20 years.  And the anti-gunners are using Rahamim and the searing images of that horrible shooting to distract from the fact that nothing in any of the bills that the DFL has been pushing would have prevented the Accent shooting in any way whatsoever – that, indeed, the only thing that might have would have been a guy in the plant with a gun and the will to resist, whether a guard or just a regular schnook with a carry permit.

But never mind that, Speaker Thissen; the real point is coming up:

Advocates for more regulations stressed that polling shows the public supports such measures as universal background checks, which would regulate the private sale of firearms at gun shows and over the Internet, among other avenues.

That’s right, Speaker Thissen.  Ignore your lying eyes, which showed you Greater Minnesota hates your bill.  Ignore the polls that show support for your bills was an uninformed mile wide and an inch deep (gun control is a vital issue to 4% of the voters); never mind the historical fact that the last time the MNDFL crusaded against the law-abiding citizen’s right to keep and bear arms, you lost the House.

But no.  The people who carried the water

“With the will of the majority behind us, we believed our state would pass a universal background check bill” this session, said Jane Kay, of Moms Demand Action [heh heh] for Gun Sense in America. “That has all been swept aside.”

Heather Martens [DFL Rep. HD 66A], executive director of Protect Minnesota, which lobbied lawmakers extensively on the issue, said Thissen should bring the measure up for a vote, even if it is doomed to fail.

“I think he has a responsibility to reconsider that decision,” she said.

And for once, notwithstanding the fact that she has not uttered one substantive word of truth in her public life, I agree with Representative Martens.

You need to bring this to a floor vote, Speaker Thissen.  And you need to do it immediately.    Because it’s the right thing to do.  Do it for the children.  You owe it to them.

And you need to bust some knuckles in your caucus to make sure they vote the party line too.   Get everyone in the DFL caucus to vote the Metrocrat conscience, and do it this week.  None of this “voting their constituency” BS;  make sure Joe Radinovich and Zac Dorhold and Steve Howe vote the most enthusiastic “yea” they can manage.

And smile for the cameras when you do.  Thanks.