For the benefit of our Commander in Chief, a look at a recent, modern, counterinsurgency use of the bayonet – which is still issued as standard equipment to infantry around the world:

In May 2004, approximately 20 British troops in Basra were ambushed and forced out of their vehicles by about 100 Shiite militia fighters. When ammunition ran low, the British troops fixed bayonets and charged the enemy. About 20 militiamen were killed in the assault without any British deaths. 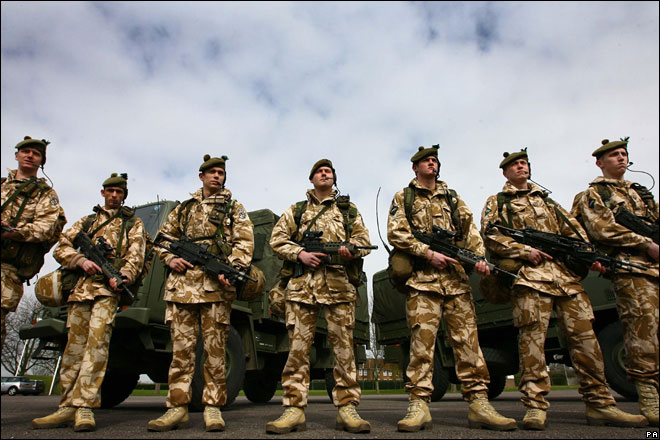 Soldiers of the Argyll and Sutherland Highlanders – the “Argylls” – who carried out a successful bayonet charge in Basra in 2004, killing 20 Mahdi without casualties. Although to be fair to President Obama, they were not on horseback.

The bayonet charge appeared to succeed for three main reasons. First, the attack was the first of its kind in that region and captured the element of surprise. Second, enemy fighters probably believed jihadist propaganda stating that coalition troops were cowards unwilling to fight in close combat, further enhancing the element of surprise. Third, the strict discipline of the British troops overwhelmed the ability of the militia fighters to organize a cohesive counteraction.

2 thoughts on “As Obsolete As Bayonets”