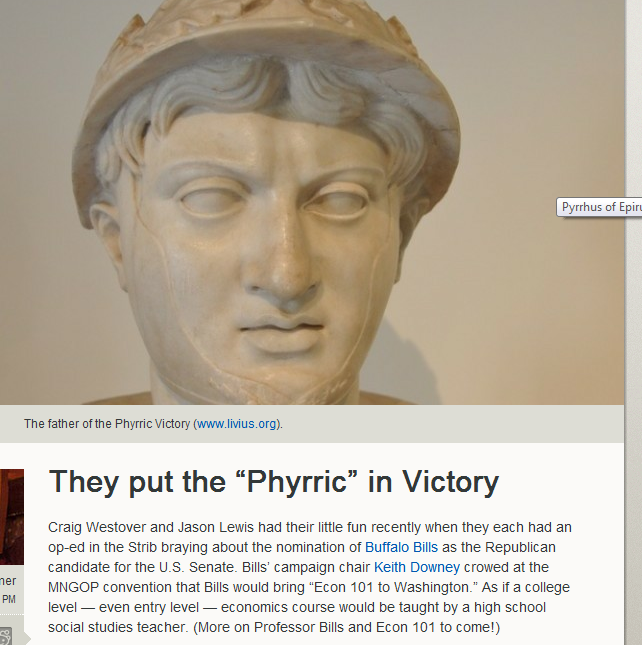 “They Put The Phyrric Into Victory”

Perhaps they – Craig Westover and Jason Lewis,the subjects of Timmer’s piece  – disagree with Timmer about the current GOP Senator race, but Steve Timmer is the one who put “Phyrric” into “victory”…

…which, for those of us who even passed remedial history, is spelled “Pyrrhic Victory“, after King Pyrrhus of Epirus, who, on noting the casualties he’d taken defeating the Romans at the Battle of Asculum in 280 BC, lamented (according to Plutarch) that “more such victories would undo him”.

Chant.  You heard me.

The voters – the live, legal ones that the GOP tends to draw – haven’t actually spoken on that yet.

It could well be that A-Klo can eke out a…

UPDATE:  They edited it.  And it’s still wrong. 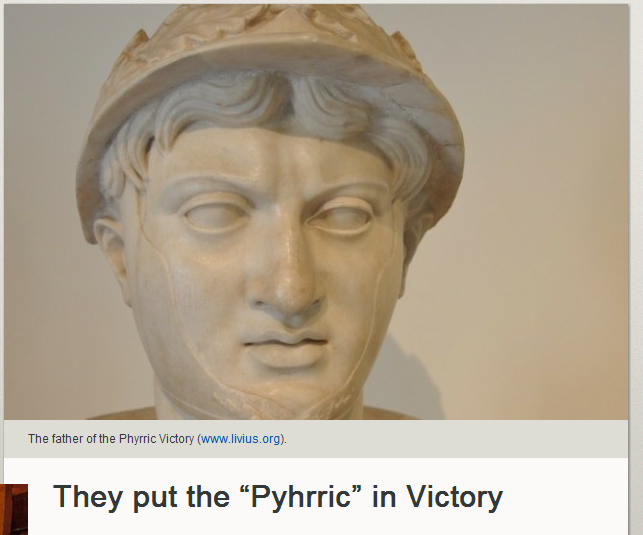 And, Steve, I’m working these days.  You?