The court dealt forty years of erosion of civil liberties and contempt for the law-abiding citizen a sharp kick in the groin with pointy boots. The decision stands as the capstone on one of the most remarkable bits of grassroots politics in American history – a three-decade battle where the nation’s people, black and white and Republican and Democrat, fought their elites first to a standstill, and then came back to an escalating series of victories, starting in the courts of public opinion, extending through legislatures and city councils around the nation, to today.

This ruling euthanizes the DC Gun Ban – which is was, like most gun control measures, a racist concoction intended to keep all those brown-skinned people from running amok in the nation’s capitol, to return us in deed if not in thought to the days when black people had a separate, unequal justice system… To quote Lyle Denniston of ScotusBlog:

the Court nullified two provisions of the city of Washington’s strict 1976 gun control law: a flat ban on possessing a gun in one’s home, and a requirement that any gun — except one kept at a business — must be unloaded and disassembled or have a trigger lock in place. The Court said it was not passing on a part of the law requiring that guns be licensed. It said that issuing a license to a handgun owner, so the weapon can be used at home, would be a sufficient remedy for the Second Amendment violation of denying any access to a handgun.

The decision opens up possibilities for litigation and legislation on further gun bans, like Chicago’s, and also at least partially ejects US V. Miller from its misbegotten role as definitive precedent on Second Amendment issues.

This is not the end of the war over the Second Amendment, of course. It’s not a complete victory; licensing at the end of the day is conceptually scarcely less odious or abuse-prone than a ban (as we’ve found out in Saint Paul this past year). The orcs still control much; many cities (or at least their governing elites) still pay lumpen, unthinking fealty to the notion that a disarmed, docile citizenry is a safe one.

Some of this world’s people know better…: 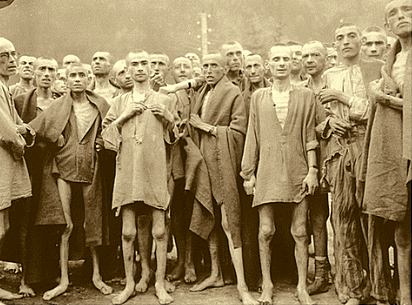 …that the only genuinely secure people in this world are the ones that can see to their own security.

Yes, folks – this is serious business.

This is far from the end. Indeed, as Churchill said, it’s the end of the beginning…: …and much hard fighting remains.

The court did the right thing – and now, this is a battle we Real Americans have to consolidate, extend, and win in the legislatures, City Councils, and in Congress.

The orcs will regroup and try to consolidate and, eventually, make another assault on the God-given rights of the law-abiding American. It is inevitable; it is the way of the orc to feed on your freedom. Softcore fascists like Heather Martens and Wes Skoglund aren’t drying up and blowing away because of this ruling; it remains to us to extinguish the smoldering dung-heap of that whole school of thought, in the legislature, in court, and most importantly in the hearts of people smart enough to know the difference between “rights of the people” and “privileges granted by your masters”.

But we – the Americans who’ve fought long and hard to keep this issue on the national radar, and drive this nation back from the insane nadir of the collectivist seventies – deserve a moment, if only a moment, to relax and enjoy the fruits of today’s victory. It’s a great respite from a dismal political season, and a solid jumping-off point for what comes next.

Enjoy it. I sure am.

To all of you who’ve spent so much time, toil and treasure winning today’s victory, a salute. You’ve earned it.

Tomorrow? Well, it’s back to work. Back to the endless job of putting the enemies of freedom to the rhetorical point of the political pike – one Congressman, one Justice, one voter at a time.

The way we’ve done it all along.

Thank you. And God Bless America.

37 thoughts on “The Right Of The People”