The world has fairly erupted with tribute (and a little abuse) for President George HW Bush, who passed away over the weekend after 94 exceedingly eventful years and maybe six months without his wife of seven decades, Barbara.

I have little to add, myself.   His presidency coincided with a time where I honestly wasn’t paying much attention to the world around me, and probably even less to what was going on with me.

He had, of course, an impossible job – following The Gipper.  He made his mistakes – “Read My Lips!  No New Taxes!” – but ran a fairly capable administration that managed to complete Reagan’s work of dismantling the Berlin Wall,

I got one in my inbox over the weekend that caught my attention.  Sam Moore – of “Sam and Dave” fame.   Moore played Bush’s inauguration party back in 1989:

My wife Joyce and I are personally saddened by the passing of one of the most honorable decent men our country ever had serve as its President. 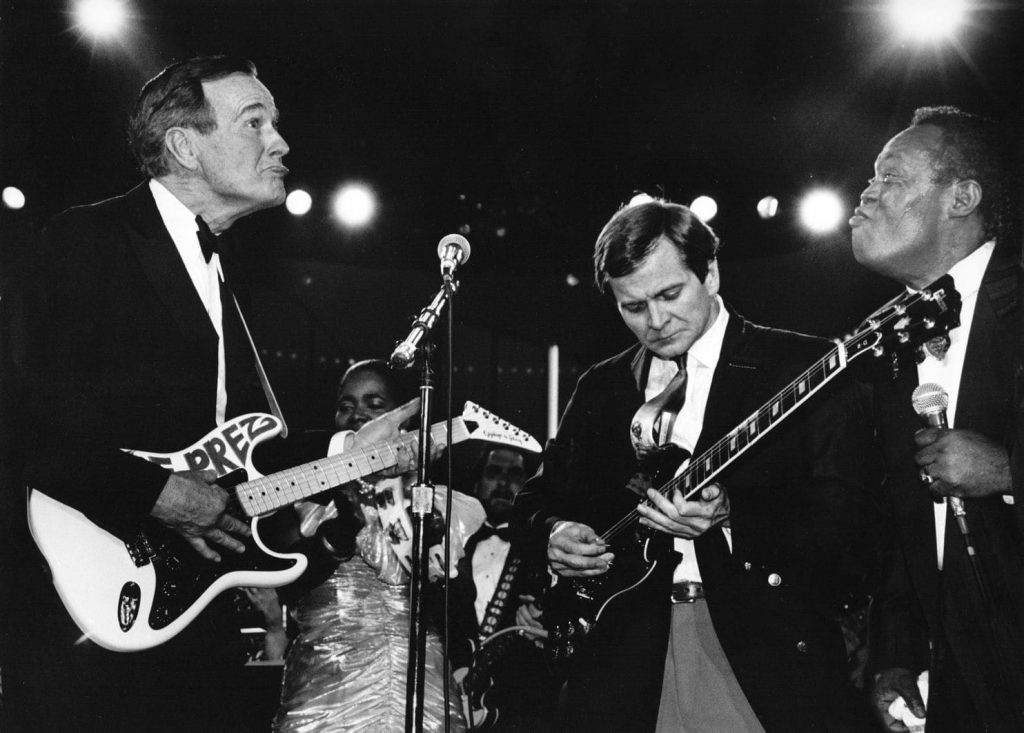 I had the honor of performing at his 1989 Inaugural concert Joyce co-produced ‘The Celebration for Young Americans’, his and Barbara’s 50th wedding anniversary celebration, where The Oak Ridge Boys helped celebrate them, The Points of Light Kennedy Center Concert & Fundraiser and last year’s One America Appeal hurricane relief concert at Texas A & M in College Station.

Our strength and comfort goes out to the entire Bush family who we’ve been fortunate to know, see and feel their collective love and admiration for Papa Bush who has now gone to join the love of his life, Barbara.

As a related note – Bush’s inaugural concert was an amazing event: