SCENE:   A recording studio.  Mitch BERG is recording a voice-over for a video about Minnesota politics.

BERG:  Is everything OK?

PRODUCER:  Yeah – but Port didn’t actually file charges against Franken.  Franken was never alleged to have harassed her.

BERG:  Lindsey Port, whose condemnation of Al Franken led to his resignation..

PRODUCER:  Port didn’t condemn Franken.  She never even mentioned him.

BERG:  OK, so what happened?

PRODUCER:  Democrats think the fact that she talked about sexual harassment at all helped lead to Franken’s resignation. 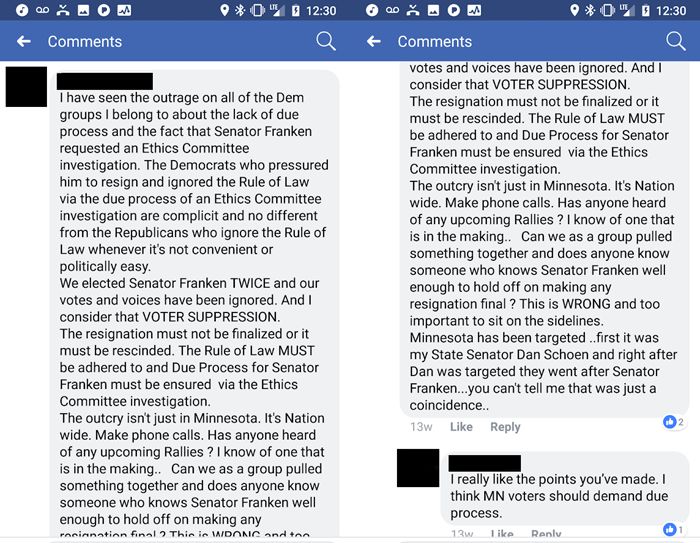 BERG:  Lindsey Port was attacked by Minnesota Democrats for standing for something they claimed to believe in…