“I accepted the results of an opinion poll taken in a country where it was illegal to hold certain opinions. You can imagine the poll-taking process: “Hello, Mr. Peasant, I’m an inquisitive and frightening stranger. God knows who I work for. Would you care to obstensibly support the dictatorship which controls every facet of your existence, or shall we put you down as in favor of the UNO opposition and just tear up your ration card right here and now?””

I got an email from Minnesota Public Radio news the other day. 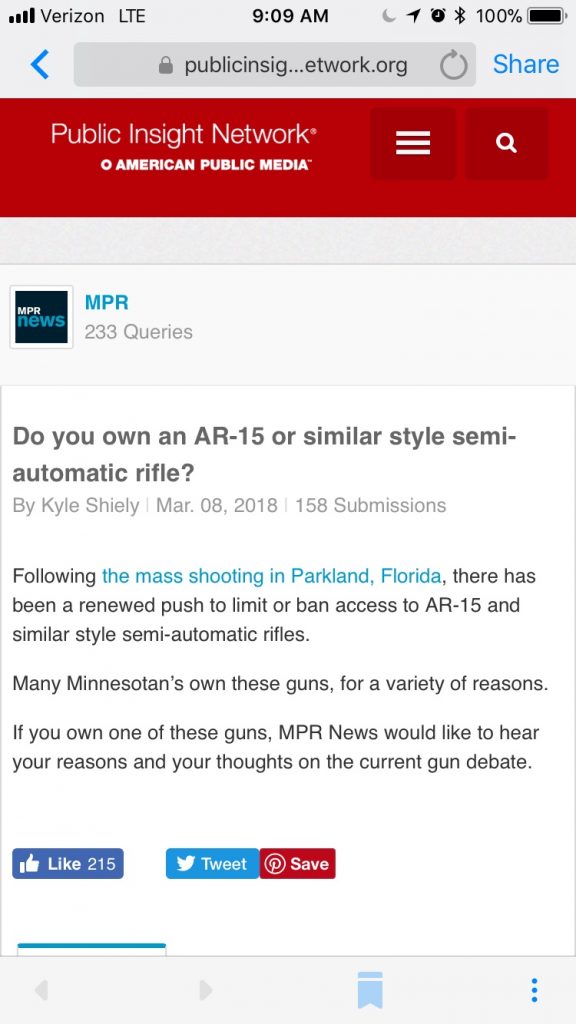 And it was a tough call.

On the one hand, I generally think MPR News is above board.  Generally.

On the other, they have gotten funding for “gun violence” coverage from the Joyce Foundation which was, before Michael Bloomberg’s billions inundated the market, the biggest funder of criminal-safety groups in the US.  And while I can’t show a cause-and-effect relationship, I have my suspicions that that funding caused MPR to make some bad editorial decisions.  (I’ve asked MPR News for comment – but they don’t talk on an official basis with plebeians).

I thought about it.

Then I read the website the email linked to (images of survey provided below; click on them to see full size). 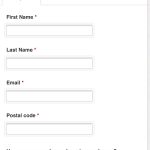 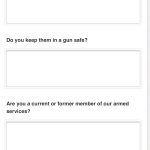 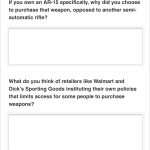 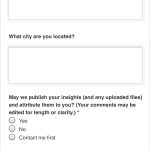 And I just have to ask (although MPR never answers questions) = are you serious?

Did anyone actually answer?

I mean, I would – I own no guns, because they terrify me, and I’d never shoot another human being for any reason.

But given MPR’s close ties to the Metro DFL, I would just love to know what they were thinking – and what they thought shooters would think.

16 thoughts on “You Have The Right To Remain Off The Record. Should You Choose To Waive That Right…”