This flyer was apparently slipped under peoples’ doors in Cedar Riverside – a Minneapolis neighborhood with a large Somali population – “an hour before the caucuses” this past Tuesday: 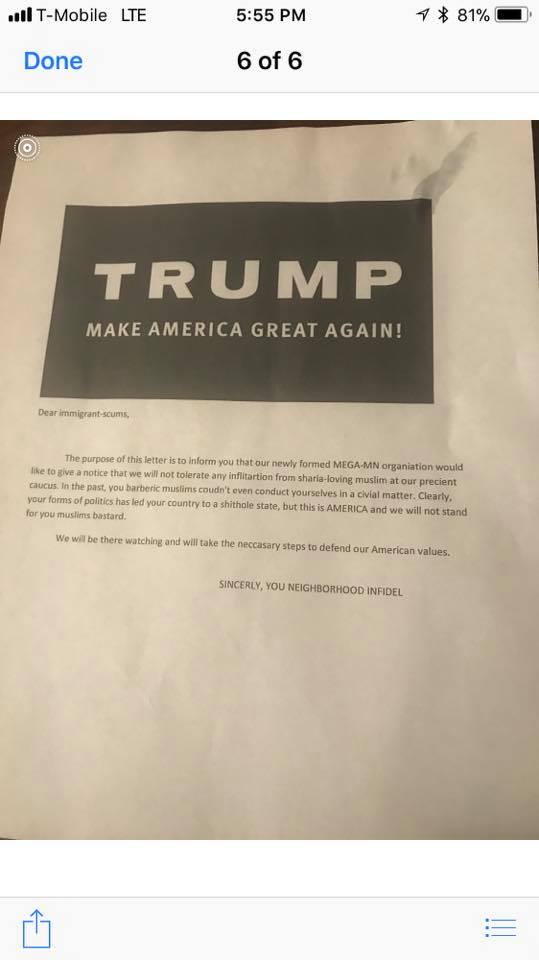 Give it a read.

I don’t know about you, but to me it reads like someone who wants to caricature what they think an ignorant Republican might write like (and who perhaps isn’t nearly as literate as they think they are, themselves).

…according to the person who posted the offending flyer…: 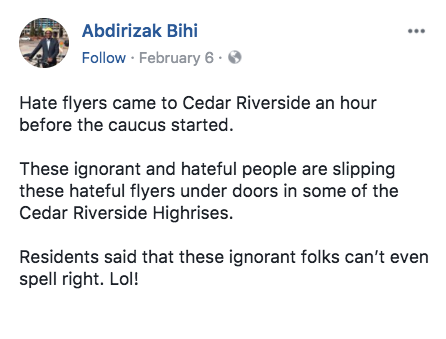 …who, as luck would have it, just happens to work for a DFL-affiliated Somali community group.

Slipping under doors?  Not distributed at caucus sites?

I dunno.  Seems fishy to me.

UPDATE:   Suffice to say, I have my questions: 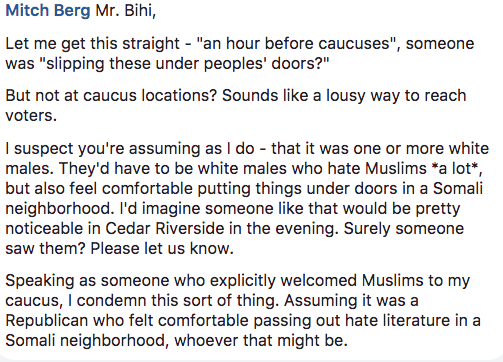 Five’ll get you ten I get blocked forthwith.

UPDATE 2:  And one day later, it’s in an Ilhan Omar fundraising letter?   That was quick, verifying it’s not a hoax and all. .

Nothing fishy at all.

16 thoughts on “A Time For Calling BS”