It’s time to break up Illinois:

…let’s finally admit that after decade upon decade of taxing and spending and borrowing, Illinois has finally run out of other people’s money. 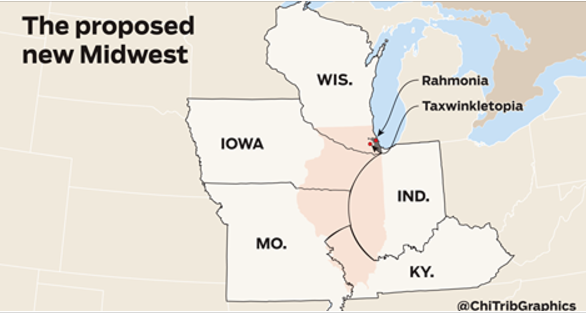 Not a bad plan – although I’m not sure what Wisconsin did to deserve Chicago. Give Chicago to Massachusetts.

Those “other people” include taxpayers who’ve abandoned the state. And now Illinois faces doomsday.

So as the politicians meet in Springfield this week for another round of posturing and gesturing and blaming, we need a plan.

We just disappear. With no pain. That’s right. You heard me.

The whole satirical (?) thing is worth a read.

17 thoughts on “An Idea Whose Time Has Come”