What happens when you count the dead over the past sixteen years in Chicago – which hasn’t had a Republican, much less conservative, mayor in several generations? 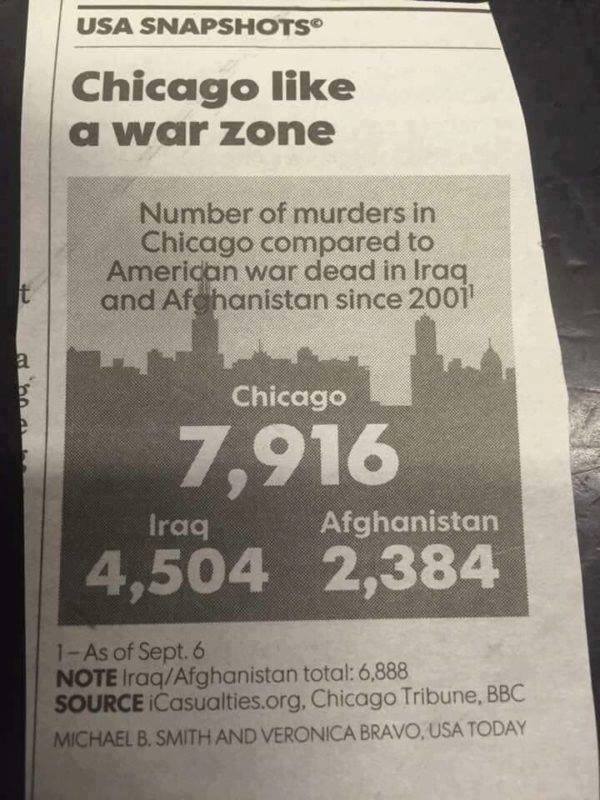 You get more blood and gore than our two official war zones, that’s what.

What do you suppose would happen if the mainstream media and Hollywood covered Democrat failures like they covered George W. Bush’s mistakes?

“But Mitch!  You heard the President last year – Chicago’s violent crime wave is happening because people can buy guns in Indiana.”

If that were true, then why isn’t Indiana awash in blood, too?

No, for some reason Indiana  –  and, for that matter, most of Illinois – has a fraction of Chicago’s violent crime rate.   Of course, the feds have been derelict in their own job, opting out of the business of prosecuting “straw buyers” – who, along with theft, provide most of the guns used by Chicago’s gangs.