That so much of our mainstream media is grossly uninformed about the Second Amendment debate is a challenge.

That so much of the mainstream media gets their information from people who are actively trying to disinform the public is an affront.

This article – a WaPo piece from Christopher Ingraham – is a little bit of both.

I’m not going to pullquote it – it’s really too stupid to want to do more than acknowledge.  But it makes a point that some would-be public intellectual always tries to make whenever there’s a debate about the Second Amendment; in this case, this is what “arms” looked like when the founding fathers wrote the Amendment:

A British “Brown Bess” musket. The AK-47 of its day, it equipped both the British and most of the Continental Armies during the Revolution.

Right – the flintlock rifle was bleeding edge technology back then.  The “Brown Bess” smoothbore musket was the AK47 of its day; simple, rugged, built in immense numbers, capable of smothering firepower by the standards of the day.

Of course, at that time, the First Amendment referred to pretty much the printing press, 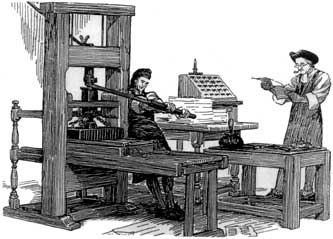 Trial by Jury? The founders had no concept of “paying for daycare!”

When society starts conflating “rights” with “technology”, we are doomed as a free society.

Maybe we are anyway.

16 thoughts on “Stuck On Permanently Mired In Stupid”