After much sturm und drang, Rep. Schoen brought “Rep. Norton’s” gun-grab “bills” (the “Exes are Guilty ’til Proven Innocent” and “Register All Law-Abiding Gun Owners” bills were copied and pasted from the Bloomberg; they were no more “Norton’s” “bills” than they were mine) – to the House floor as amendments (the only way they had a shot at getting voted on, since the committee deadline for standalone bills passed weeks ago).

Speaker Daudt ruled it out of order.

The DFL moved to try to override the ruling.

This is what happened (reps votes are to the right of their names): 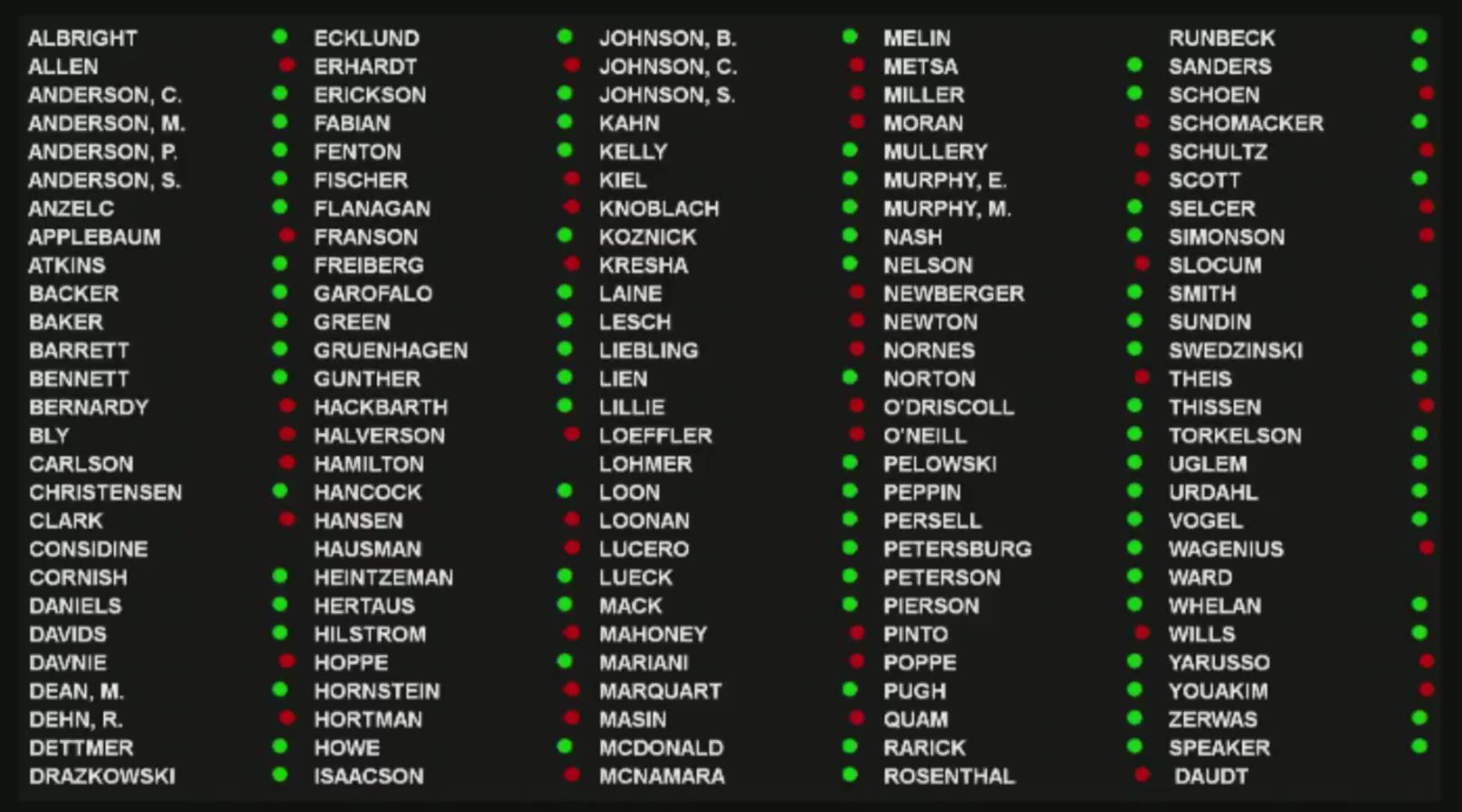 Photo courtesy Bryan Strawser, MNGOC/MNGOPAC,   Green means voting to uphold Speaker Daudt’s ruling that the amendment was out of order – in other words, to support killing the amendments.

As Andrew Rothman at GOCRA put it:

In a routine and overwhelming vote, Rep. Schoen’s universal gun registration amendment was ruled out of order late last night.
And poof – the bills went away.  That’s it.  Done (except for “Protect” MN’s inevitable upcoming whining and posturing).

Results like this could be matters of routine in both chambers – if the MNGOP could win and hold majorities.

More on this on tomorrow’s show.

5 thoughts on “This Is What A Majority Looks Like”