Bear with me, here.

So how does the GOP save the party, the conservative movement, the country, and perhaps Western Civilization itself – from the Dems, from Trump, and even from themselves?

I’ve got an idea.

Assumptions:  Trump is going to get slaughtered by Hillary – but he’ll drawn a lot of “disenfranchised”, PC-weary voters from both parties; Dems who’d never dream of voting for Cruz, but find Hillary warmed-over and underwhelming.

So Here’s The Plan:  Here’s how it works: 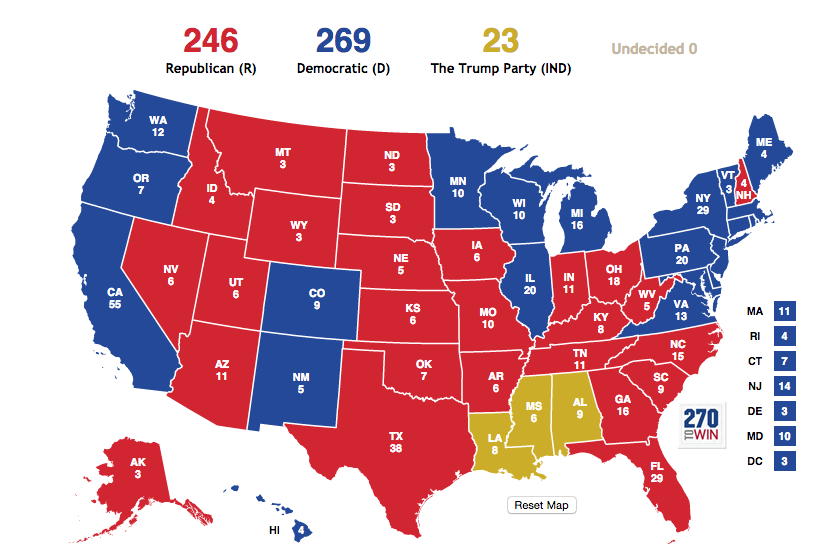 Lets assume Hillary takes Wisconsin, Michigan and Pennsylvania – none of which I consider givens, but lets be, ahem, conservative here.

Here’s What:  According to the Constitution, if there is no winner in the Electoral College, the House of Representatives chooses the President.

Disclaimers:  I’m not going to bet money on any of this.  Also, I’m being tongue-in-cheek as can be (which, I’m going to guess, completely escapes any left-leaning commenters and bloggers who read this.  In fact, just watch; that, I’d bet money on) .