Prodded by the outburst from the peevish, moralistic hipster in this week’s City Page, I met a couple of friends at the Gopher Bar last night. 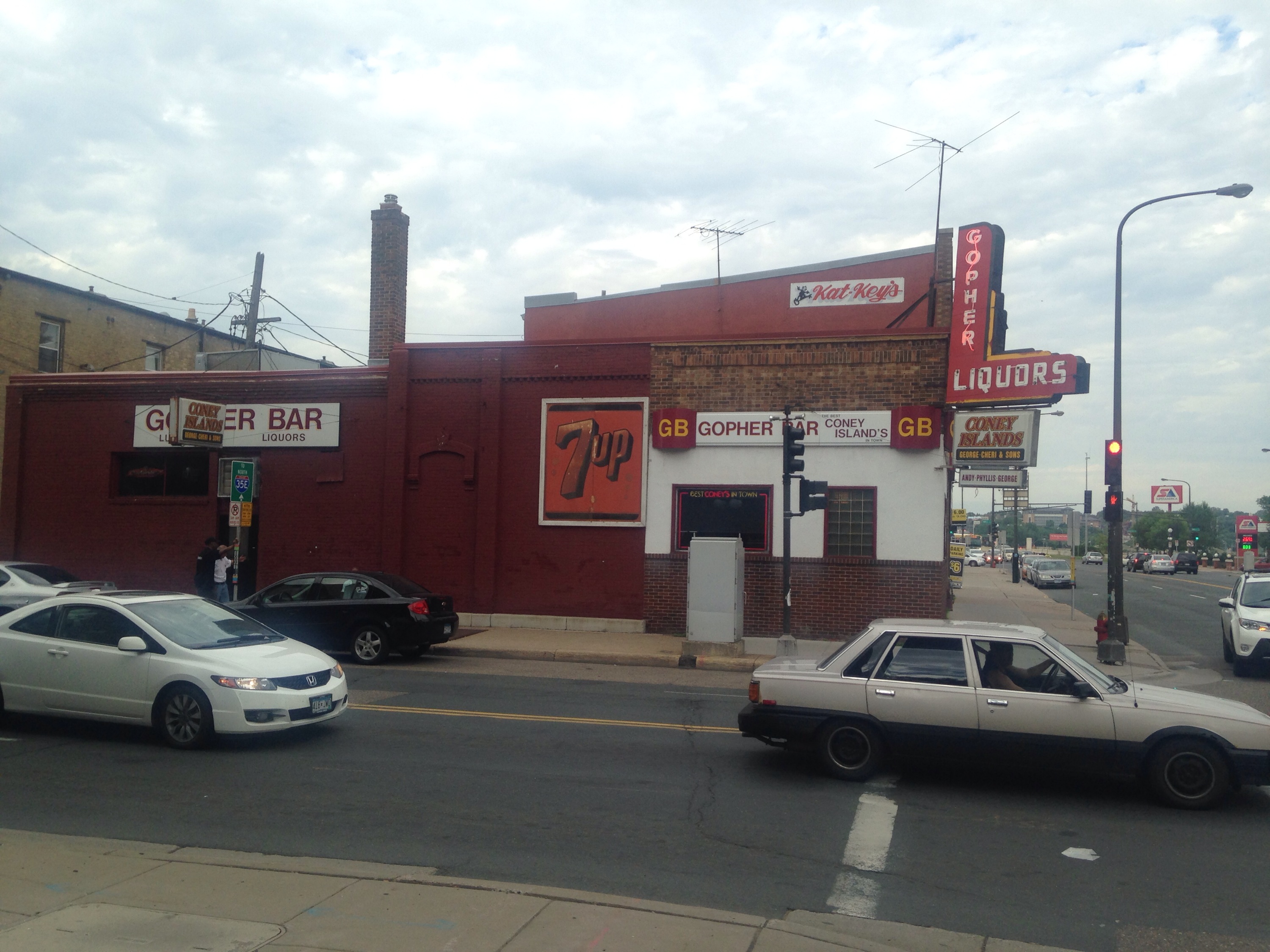 Unlike most of the “dive bars” so beloved of today’s hipsters, it actually is kind of a dive.  It reminds you of that one bar on mainstreet in every small town in the Midwest – the Wonder Bar in Jamestown, the Ace in Carrington, the Sportsman in Thief River Falls, or fill in the blank in whatever town of less than 20,000 you can think of.

Although the Gopher is a little like that guy every talk radio station used to have back in the eighties, back before talk radio was political, who used to want to offend a little bit of everyone as his gimmick.

Even the front door has something to piss of both liberal and “libertarian” hipsters: 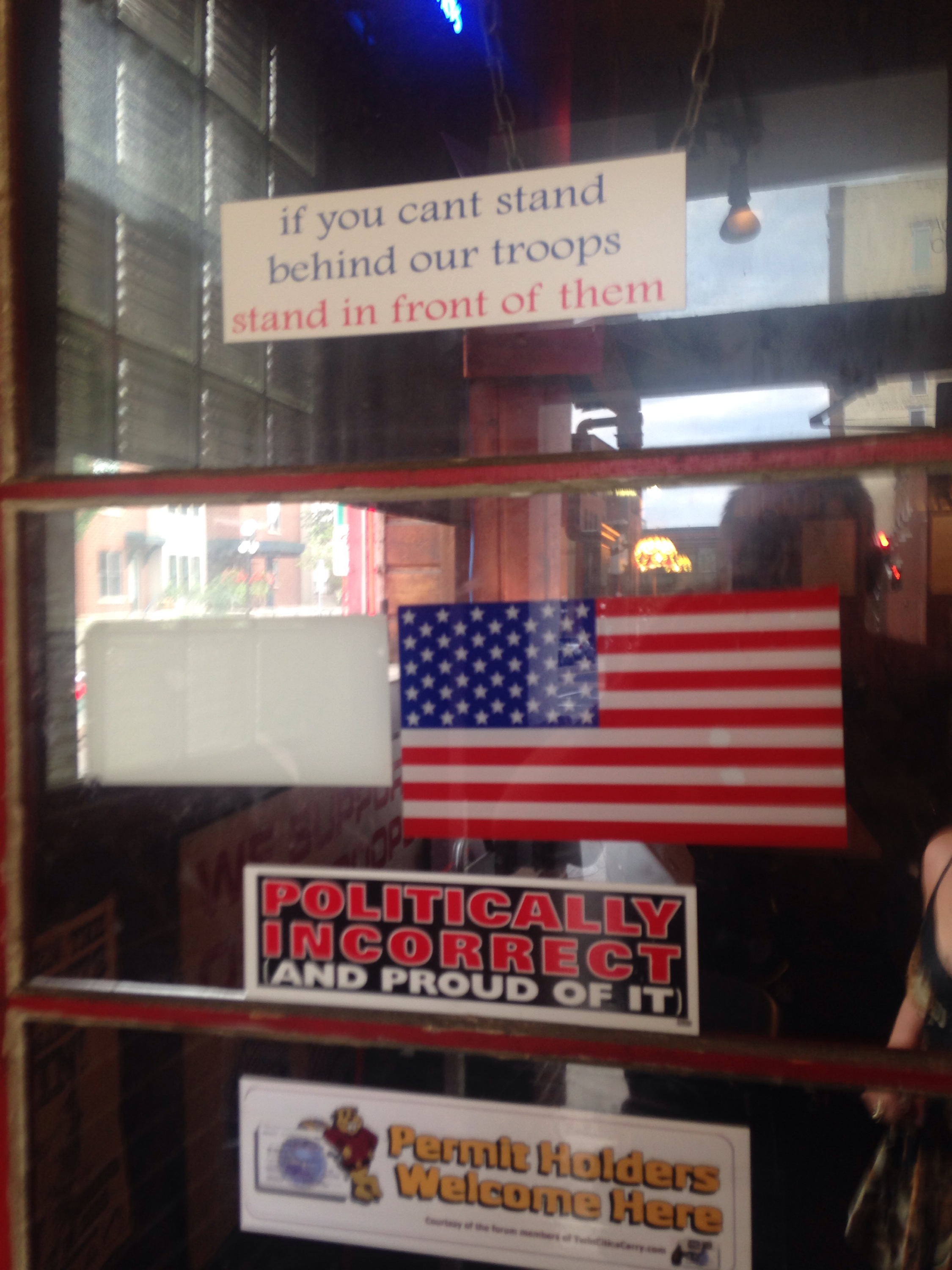 …although their sentiments are pretty clear. 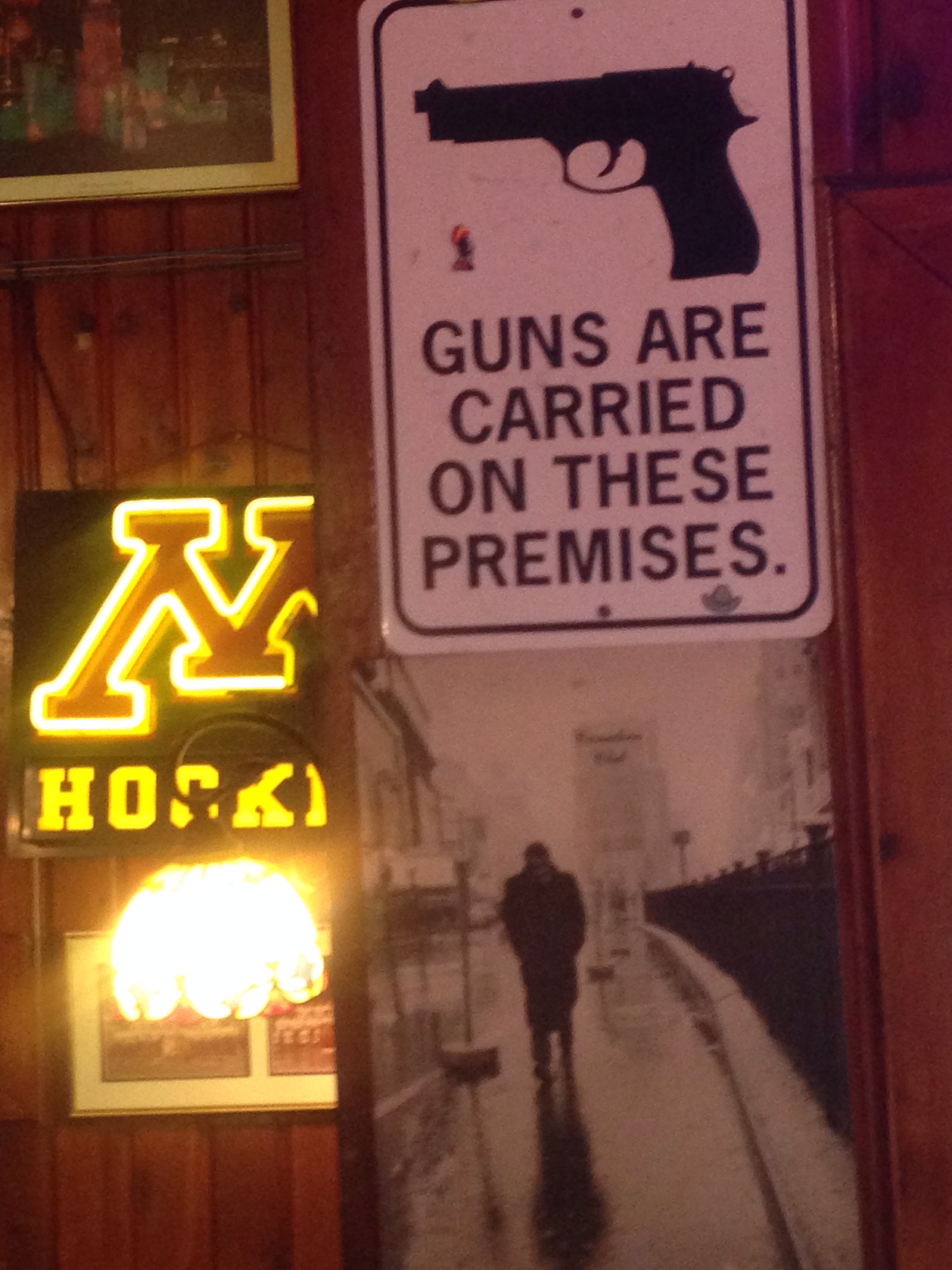 Still, the place doesn’t take itself all that seriously…:

…certainly not nearly as seriously as the kinds of hipsters who write letters to the City Pages (most of whose staff couldn’t find the Gopher Bar, or Saint Paul, if it occurred to them to try). 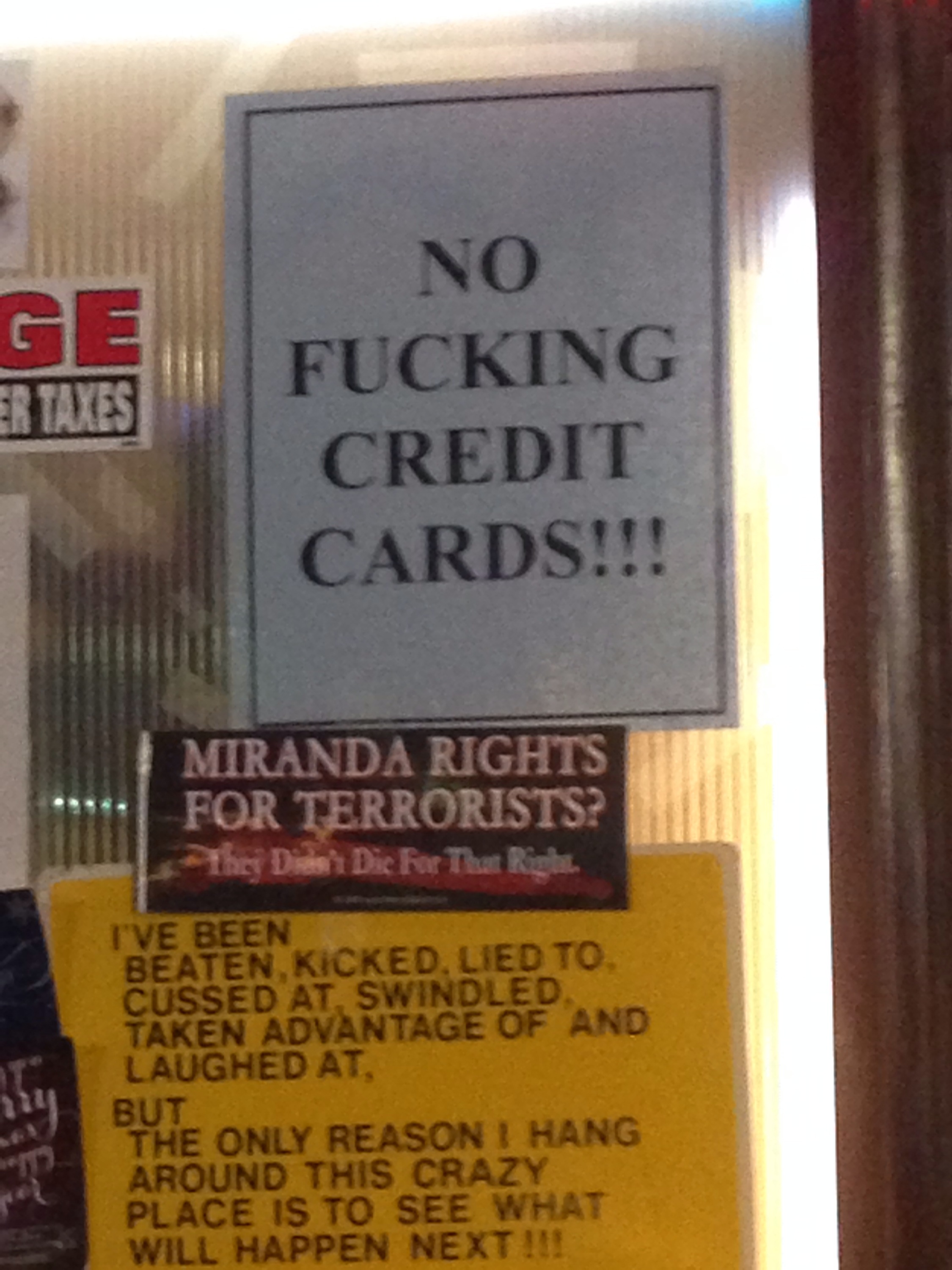 Of course, while the City Pages doesn’t know much about Saint Paul, the Gopher has read the City Pages.  The staff had heard plenty about the letter to the editor.

And so there it is – the worst flag in the world, without which all racism would disappear: 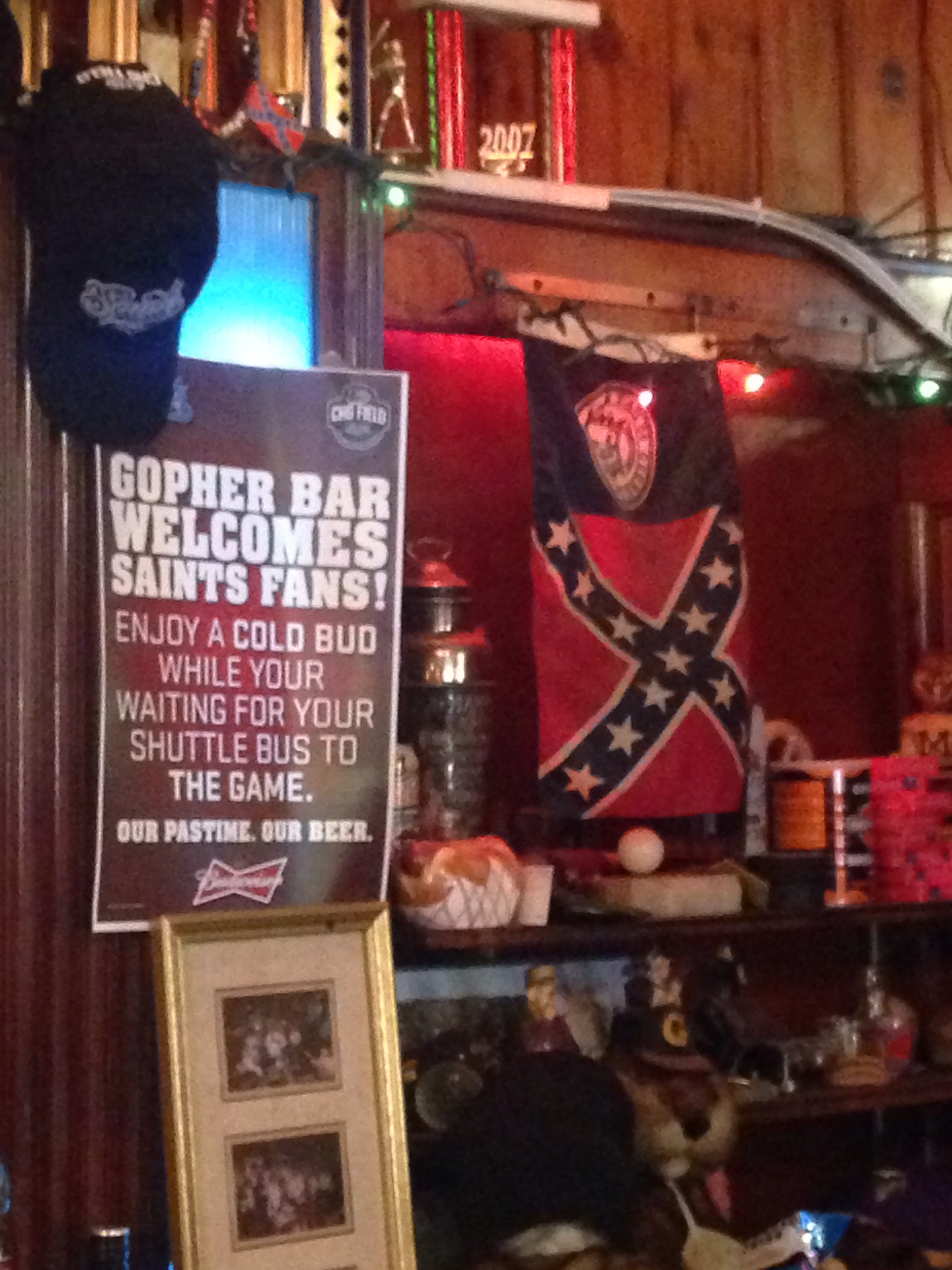 Of course, if the petulant hipster had turned around, he’d have noticed two more, flanking an apparently racist sailfish. 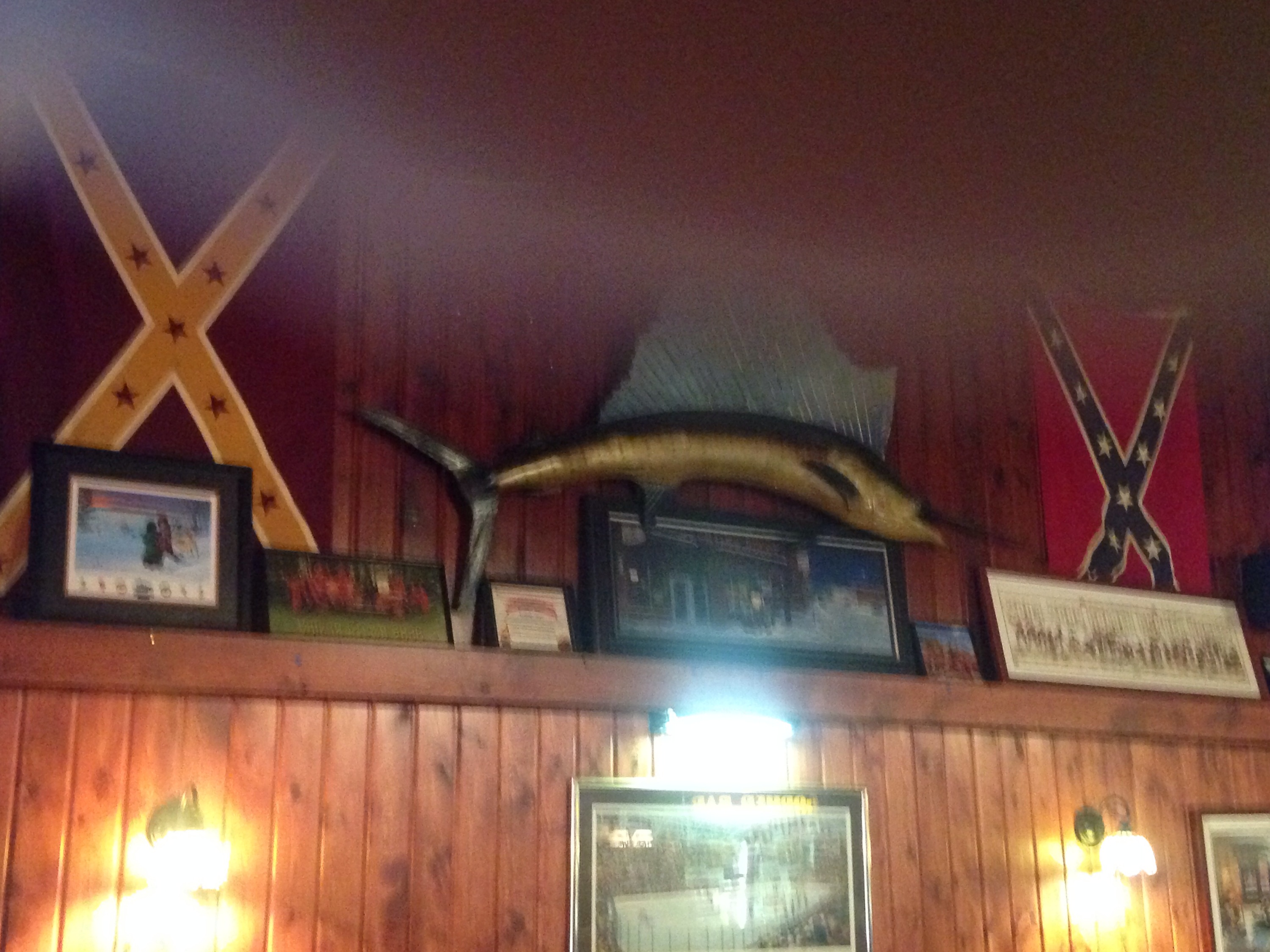 And there was one other thing the hipster might have noticed had he turned around, observed, and shut his precious yapper; African-American customers.

There were no less than seven in the house when I was there last night (no, I didn’t take pictures of people who just wanted to have a coney and mind their own business).

By the way, that’s seven more African-Americans than have ever worked for the City Pages.

They were no more there to see and be seen than and my dinner companions were.  They were there, like us, for a beer, a coney and fries for under $10.  And as much as I personally hate chili dogs (lots and lots and lots.  Don’t test me on this), the Coneys at the Gopher are really, really tasty. 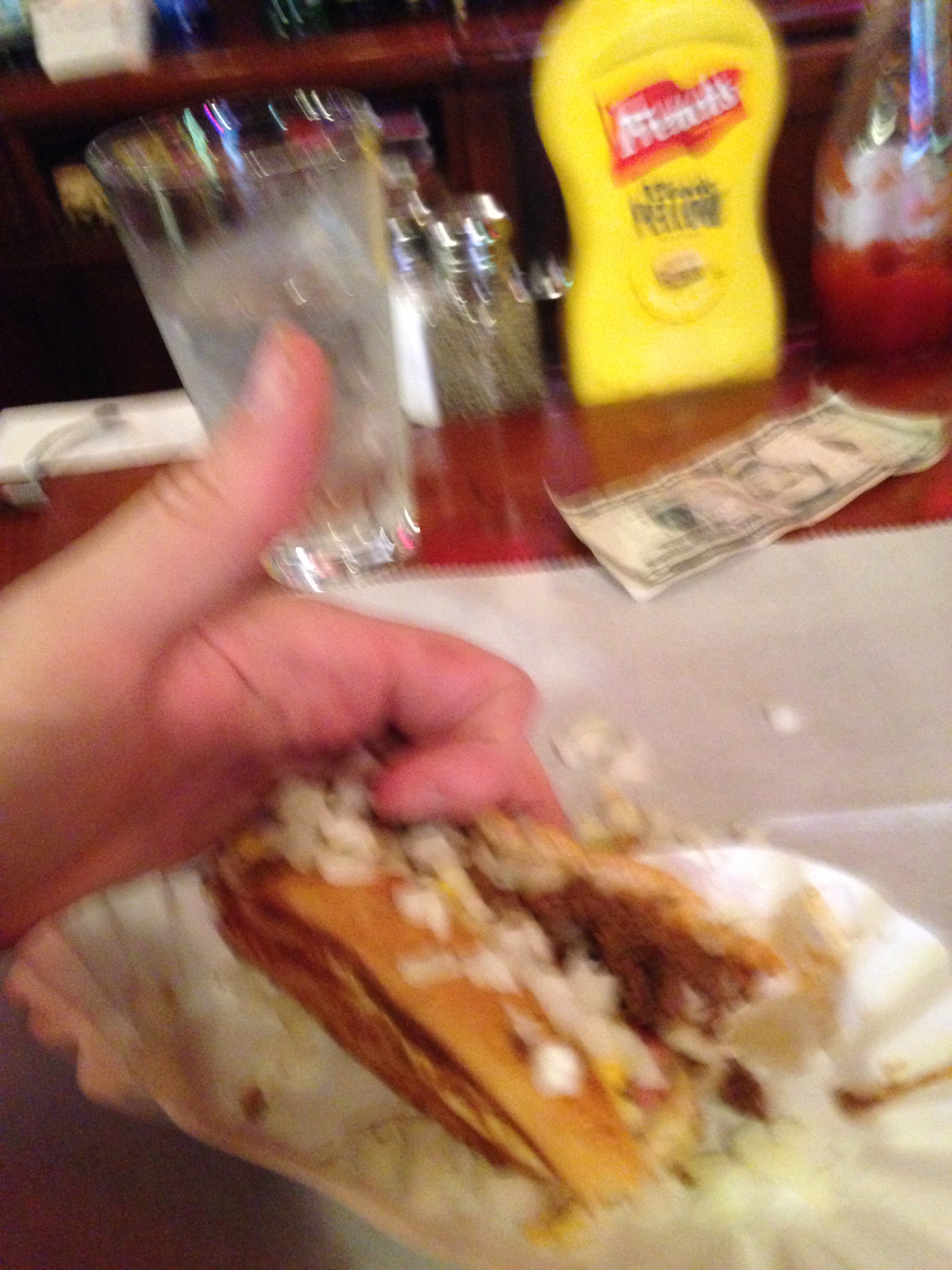 I know – not a great picture. But trust me; the Coney is as tasty as the photo is blurry.

Anyway – keeping ahead of the ire of Twin Cities social justice warriors is introducing me to some great eats (as I discovered at the River Oasis last summer).