Today would have been the 80th birthday of James “Jimmy” Clark, perhaps the greatest Formula 1 driver of all time. 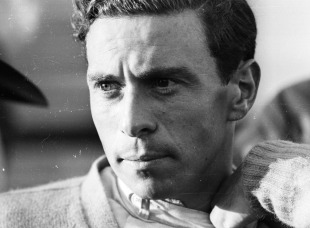 Clark in his ’67 Lotus/Cosworth – one of the great engine-chassis combinations in F1 history.

But Clark was notable for a couple of things.  First, he was one of the most prominent racers at a time when an F1 race wasn’t a whole lot safer than flying a bombing mission in World War 2.  In Clark’s second F1 race, the 1960 Belgian Grand Prix at Spa-Francorchamps, two drivers were killed.  Clark was also involved in one of the most horrific accidents in modern F1 history; at the 1961 Italian Grand Prix at Monza – with its steeply banked curves that were the inspiration for the Hot Wheels tracks you may remember from your childhood – German driver Wolfgang Von Trips tangled with Clark in a turn and veered off the track, killing Trips and fifteen spectators.   So surviving long enough to win a significant number of races, much less multiple championships, was no mean feat. It only seems like Crosstown during rush hour. Ugly crashes like these – in the days before rupture-resistant fuel tanks and full roll cages – were pretty normal fifty years ago.

Second:  Clark excelled in just about every kind of racing car imaginable: in addition to being the premiere F1 driver of his era, he won the ’64 British Touring Car championships, was a competitive Rally driver, placed in the money at Le Mans twice out of three attempts, and even drove in a NASCAR race (the 1967 American 500 at Rockingham).  He competed several times at the 24 Hours of Le Mans, in an Aston Martin DBR1: 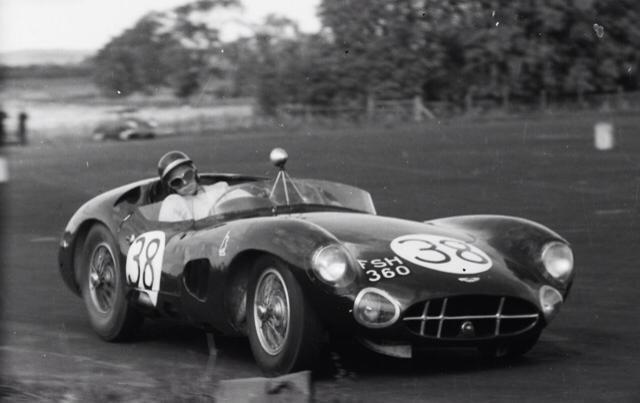 And, most notably, he competed in five Indy 500s; in ’64 and ’66, the cars crapped out in the first 40 laps (they were British cars, after all).  In the other three – ’63, ’65 and ’67 – he never finished below 2nd place.   He came within a whisker of winning in ’63, his rookie race, but for a controversial decision not to black-flag Parnelli Jones’s car, which was gushing oil.   He earned “Rookie of the Year” in perhaps the most specactular rookie turn in Brickyard history.

After going out with suspension failure in ’64, he came back and won in ’65, leading in 190 out of 200 laps – the first foreign-born driver to win the Memorial Day Classic since the 1910s.

Clark’s 1965 Lotus 38 – the car with which he won the ’65 Indy contest. It looks like a glorified go-kart – don’t you love that single roll bar that doesn’t even come up over the driver’s head? But this was the first car to finish the 500 miles at an average of greater than 150mph.

And while many drivers have surpassed his total wins, total points and total championships records, he holds one that can only be tied – he won 100% of the possible championship points in ’63 and ’65 (tying Alberto Ascari’s record) – and two that may he never be beaten (he held the lead in nearly 72% of the laps he raced in ’63, and he holds eight “Grand Slams”  – races where he held the pole position, won the race, and led the entire race).

How talented was he?  Most F1 drivers are as persnickety about their cars’ setups as three-star chefs are about their kitchens.  Clark was famous for jumping into cars pretty much as-is, running a few laps, and molding his style to the car’s setup, and never really changing anything.   And going on to win.

Aside from talent, the big draw with Clark – for me, at least – was that he spent pretty much his entire F1 and Indy career with one team; Lotus. 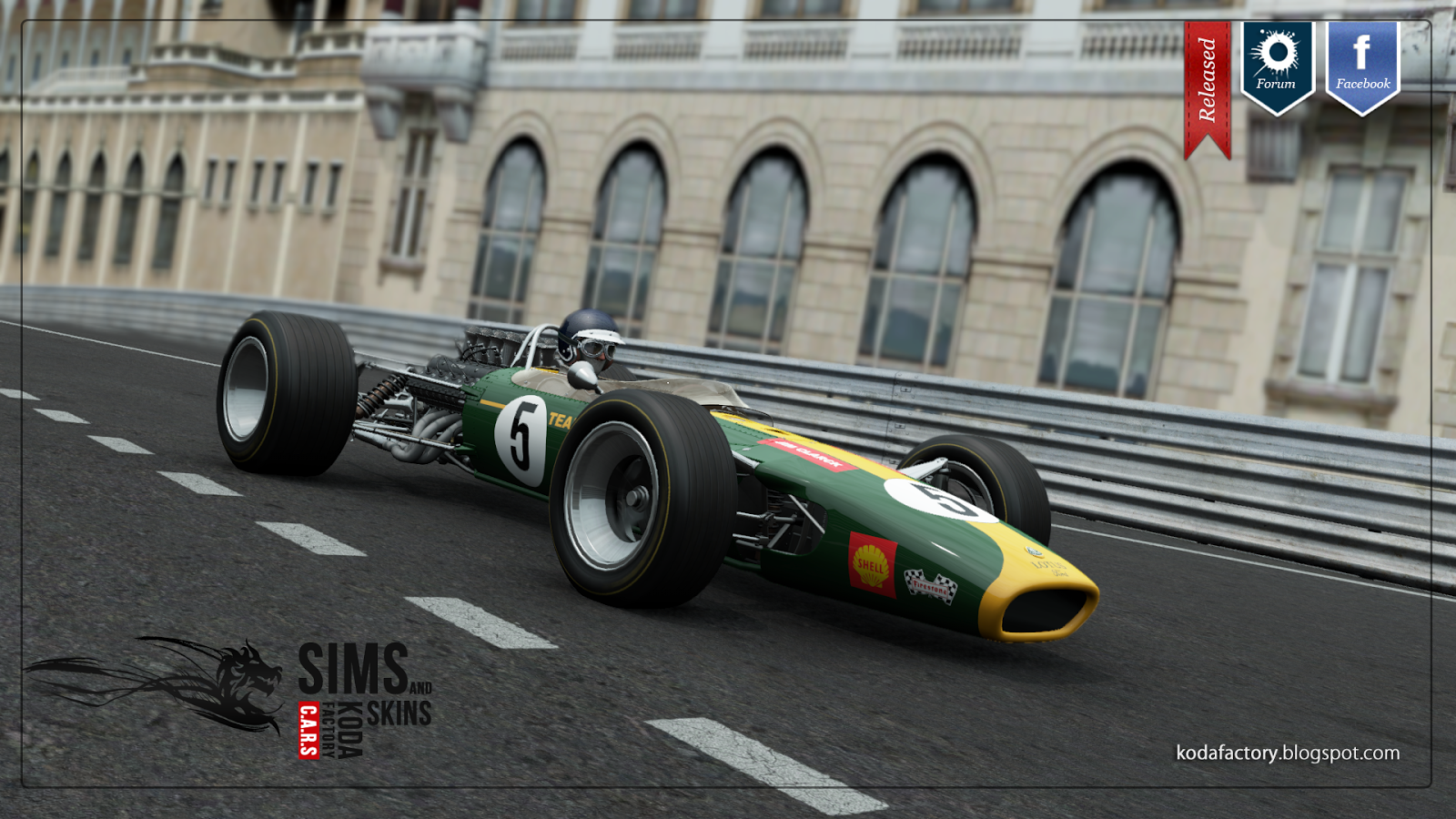 And Lotus built the most beautiful F1 cars ever.  Bar none.   Certainly compared to today’s F1 cars, which are engineering marvels that, unthinkably in ’60s terms, rarely kill their drivers, but look (and sound) like vacuum cleaners. A moment of silence, please.

It was a time when British engineering may have been troublesome to keep running – but dammit, it looked good!  Whether it was fictional spy cars…:

You knew it was coming. 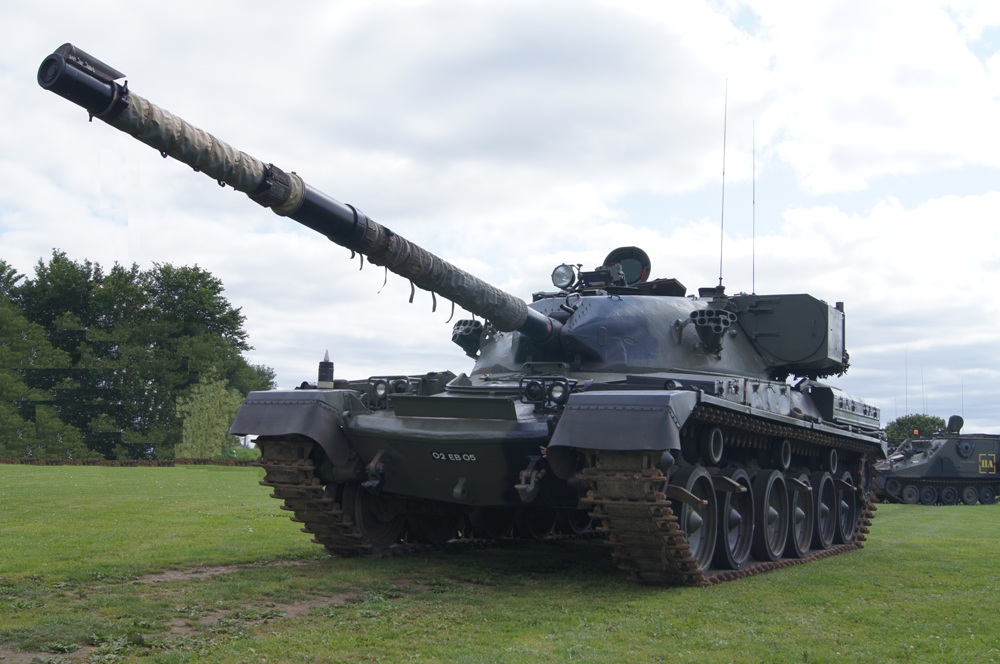 A British “Chieftain” tank, which served from the sixties into the early 2000s. It may have been marginally more reliable than an E-series Jaguar – but it was what a tank should look like. Modern tanks, with their squared-off Chobham armor may run and shoot rings around the Chieftan – but the Chieftain’s design says “Tank. James Tank”. A Bristol Buccaneer of the Royal Navy. That is one beautiful plane – one of many the Brits built, starting with the Spitfire, and ending about the time the Brits stopped building their own aircraft. I need to do a series on British design someday.

An E-series Jaguar. In its natural state – sitting still.

Clark’s dominance coincided with the great, and final (?), age of British engineering dominance.

17 thoughts on “The Flying Scotsman”