This is the photo that “Alliance for a Better Minnesota” posted on Twitter just now, in the wake of the announcement that Minnesota has a billion dollar budget surplus: 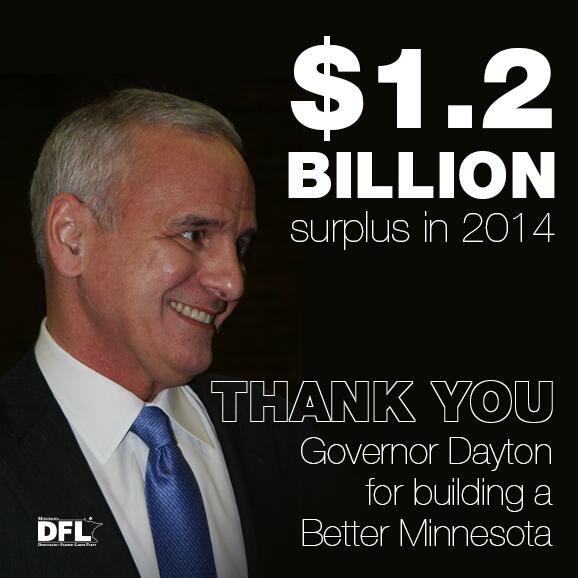 That’s right, Governor Dayton. Thanks for putting $1.2 Billion in the state coffers. Those must have been some righteous Renoirs you sold.

Oh, wait. What’s that? The surplus is revenue above and beyond the $2 Billion in tax hikes that is forecast to be taken in by the state in the coming year.

From us. The taxpayer.

And yep, the DFL is already trying to think of ways to spend it – to give a little of it back to you, the people who  paid it in in the first place, and spend the rest on, largely, graft for the DFL’s supporters.

Oh, yeah – notwithstanding the fact that the surplus exists solely because of the GOP’s restraint in spending and holding back the budget (imperfect as they were at that) over the past four years, the DFL is claiming credit…

…along with every dime they can from this surplus.

So yes.  Thanks, Governor Dayton, for taking more of my money – about $250 for every man, woman and child in Minnesota – out of the economy than even the DFL’s spendthrift budget could.

Thank you so very much.