Obama’s poll numbers are crashing – as in, post-Fallujah-George-W-Bush crashing.

He’s cratering fastest among women – who were, along with African-Americans, the lynchpin of both of his victories.

The unfolding realities of Obamacare and its destruction of health insurance plans and personal, patient-doctor relationships confirm women’s fears that health insurance under Obamacare is not superior, but is quite inferior to health care they were free to choose before this regrettable law was in force. What women voted against in 2010 has come true, and we’re not happy about it. This may come as surprise to Mr. Obama and the people in his inner circle, but women’s health care involves more than sound bites and pithy one-liners. 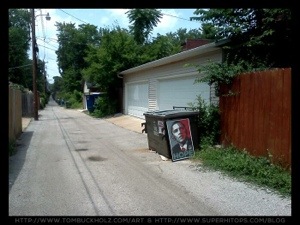 With all the bad news descending on Mr. Obama as a direct result of his high-handedness and deceit on Obamacare, surely nothing could come as a greater shock to him than that women, the one constituency he has relied on the most, other than blacks, refuse to be swindled out of their health care freedoms and to be used to help perpetrate this massive fraud on the American people.

Well, I for one will believe it when I see it.  In particular, single women who don’t have children are among the most querulously gullible liberals there are.   They fell for that “vote to protect your lady parts” bilge in epic numbers, after all.