Last night I drove out to Wayzata to give a seconding speech for Dave Osmek and his candidacy for the MN Senate.

For starters, I love driving from Saint Paul and its stifling, smug DFL rule to the parts of the state that actually work – and thus are governed by the GOP.  Places built by hard work, merit, frugality – conservatism.  I love the smell of an R+20 district; it smells like…

…freedom.  Freedom and liberty and prosperity and everything that makes America great.

The inclement weather offered an opportunity… 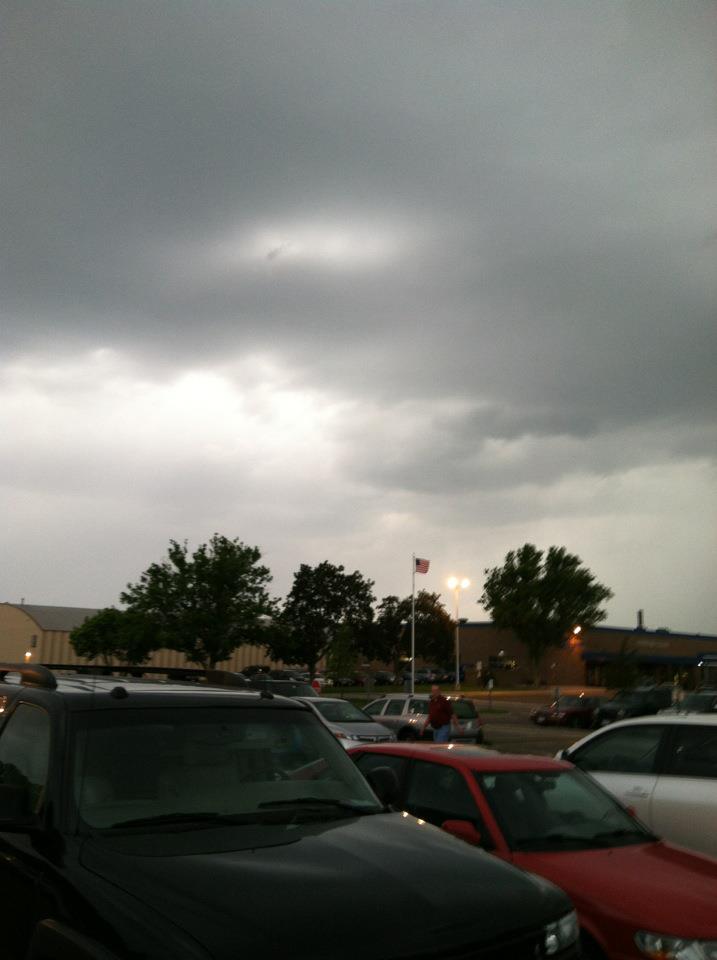 …as I’d hoped there’d be a huge crash of thunder when I hit my big applause line.

That was not to be.  But the rest of the evening went pretty well.

My first clue I wasn’t in CD4 anymore?

There were nearly 300 voting delegates.  In a Senate district.  That’s more than we had in all of CD4. 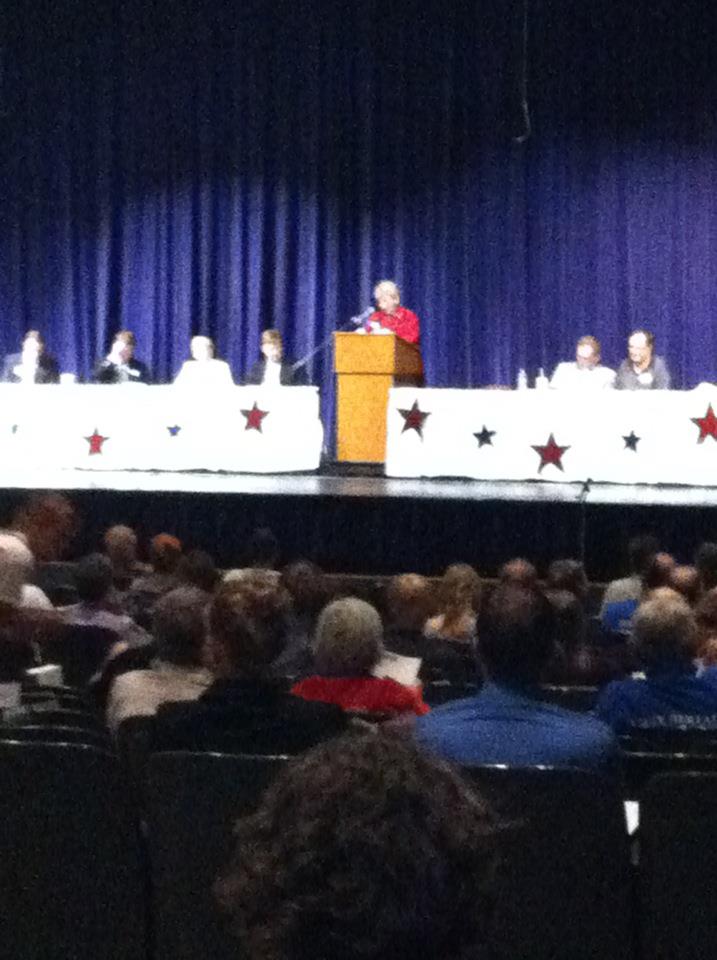 Dave’s a long-time friend of the NARN, so it was absolutely my pleasure.  He was running against Connie Doepke, as well as longtime conservative activist Bonn Clayton (who, I did not know, is the father of Tea Party majordomo Mara Souvannasoth.  You learn something new every day!).

It took four ballots – which was the maximum according to the convention rules – but Osmek pulled out to an early lead, and was within two votes of the 60% threshold at the third ballot.  Clayton withdrew and threw his delegates to Osmek after the third, which led to an 81-19% endorsement.

Then the district split into two rooms.  I walked to the cafeteria to cover the House District 33B contest between incumbent Steve Smith and challengers Pam Langseth and Cindy Pugh.

I got a sense of the tenor of the event; Smith, a moderate (who’s earned my personal ire by opposing Joint Physical Custody legislation for years) seems to have been districted out of much relevance, at least within the party.  He had a small clutch of supporters wedged between a large group for Langseth, and an even bigger group for Tea Party organizer Pugh.

I had no idea how much bigger, of course; when the first ballot came back, Pugh had about 68% of the vote, blowing past the margin for endorsement.  Langseth netted about 20 points, meaning that the incumbent Smith netted around 10% of the vote.  I was sitting next to his delegation; he did not look happy, and it did sound as if he was ready to go to a primary against Pugh.

As, scuttlebutt had it, Doepke was going to do too, against Osmek; Twitter traffic painted her as still thinking about it.

As to the A side?  That race – former Senate candidate Joe Arwood and another challenger – are going to the primary too.   They came, literally, to a tie; 75 votes each, 35 shy of endorsement.  So to the primary we go!

But that’s all for August.  For last night?

It’s a great sign when a Republican CD votes conservative.  While both Doepke and Smith   made reassuringly conservative-sounding speeches, both seemingly got hung up by positions they’d taken in Saint Paul that weren’t so much; Doepke voted for the New Generation Energy Act and the Stadium, and against Stand your Ground; Smith voted with the Real Americans on Stand your Ground, but has caved on more than a few other issues.  The district didn’t buy it, clearly.

And it’s gratifying to see a district that doesn’t give a crap what Lori Sturdevant’s going to say about it.