Modern American “progressivism”, like all its many forebears in the past 200 years, has been all about rallying people against boogeymen. From “monarchists” in the French Revolution, to “Wreckers” in Stalin’s USSR to the Wobbly’s “Bosses”, up through “the patriarchy” and “the man” and “counterrevolutionaries” in Red China and San Francisco in the sixties and seventies, and if you have a hard time distinguishing between ’em, join the club.

Today, the boogeymen…er, boogiepeople on the left are pretty much all the things that people who are included are told to be “anti”. “Anti-Racism” “Anti-Misogyny” (not just sexism, anymore – it’s the more active, more malevolent noun these days), “Anti-Fascism”, “Anti-Transphobia”, and on and on – all of which sounds like good things to be “anti”…

…and, unsurprisingly, when you dig into the “Root Causes” of all those nouns, all things trace back to “Western Civilization” in all its particulars: the Judeo-Christian value on the individual and their worth, value, rights and responsibilities and potential of each and every person, as a person with a mind, a point of view, and at the end of the day an indivisible soul of personal, societal, political, intellectual and metaphysical worth.

Those aspects of humanity are anathema to progressivism in all its flavors. The focus is on the group – the Marxists “classes”, the Nazi’s irreducible focus on race, the modern academic Left’s obsession with a byzantine network of intersectional identity groups. The individual is nothing but a vote (for now), an appetite, a widget to be moved through the production line of life (like Obamacare’s awful caricature of Progressive humanity, “Julia”). Progressivism is “Materialist”. Souls, individual intellects and thoughts and reams, all are ephemeral; humans are widgets that consume and produce, and whose worth and value (to those in power) is expressed via their membership in the collective.

Those widgets have a term. “Bodies”. Not people. Not brains. Not souls.

Anyway – “P”M has a new director. And unlike the dotty, dizzy neverending font of comedy that was Heather Martens, or the serial fabulist The “Reverend” Nancy Nord Bence, the new director presents us with a few surprises.

She’s “a gun owner herself” – which might be seen in several ways. Is “P”M moderating? Are they realizing that the culture war has slipped far enough away from them, especially over this past year, that they have to start speaking to people who need to be convinced?

And she’s apparently incredibly famous, since she apparently just goes by “Rashmi”. I’ve turned “Protect” Minnesota’s website, Facebook feed and other social media upside down, and not been able to find any reference to a last name, which is Seneviratne, by the way.

But even during the reign of the serial fabulist the Reverend Nord Bence, “Protect” MN wasn’t nearly extreme enough in its hatred of guns and (law-abiding) gun owners, enough for some people.

“P”M spawned a breakway group, “Survivors Lead” – basically a woman, Rachel Joseph, with a long history of progressive activism and a story; an aunt who was murdered, according to Ms. Joseph’s story, by a gun.

Quick aside: I don’t minimize anyone’s trauma over having a loved one murdered. But in the many times I’ve heard Ms. Joseph’s story, she’s never once mentioned a perpetrator, someone actually holding and using the gun that killed her aunt; that persons evil motivation, the legal fallout from the murder, whether that person was sentenced or not. It’d be wrong to crack wise – “what, did the gun animate itself?” – but omitting a perpetrator, his/her motives and the like from the conversation is incredibly intellectually dishonest.

Anyway – “Rashmi” and her apparent moderation are not going over well with “Survivors Lead”:

The extreme heckling the not-as-extreme about getting less extreme. That qualifies as “dog bites man”, at the very most.

Rather less so? There followed some more, er, ethnically pointed traffic on one social media feed (from which I’ve long been blocked) or another.

After which “P”M – operating through its usual social media persona, the omniscient third person that used to be Martens and Nord Bence – responded:

On the one hand, watching the agents of Big Left eating each other is one of my favorite spectator sports.

And if the biggest semi-organic anti-gun group in MInnesota (shaddap about Moms Want Action already) is pivoting from pushing Linda Slocum’s gun grab bill to highlighting the inequity of gun control (“Race, class and geography all play into who gets to have a gun and who doesn’t” – which is something every Second Amendment activist has known for 50 years) and speaking in the first “person” to the prudence of victims of violence to arm up, then in culture war terms that’s the sound of the first tank crossing the pontoon bridge at Remagen.

What the flaming hootie hoo?

I thought for a moment – is this a shot back at the Rachel Dolezals and Elizabeth Warrens of the world, with their flip-flopping identities, by “actual” “people of color”, reinforcing the idea that while you might “identify” with one degree melanin or another, your apparent appearance still wins out in the great privilege lottery (which will, I suspect, get pilloried hard by the Trans crowd, for whom perceived identity is everything? I’ll let the fight that one out).

But no. It’s much less hilarious than that.

It’s “inclusion language” – slang or argot that one class of people use to track who is in, and who is “out” – to be sure. That’s part of it, and people are noticing:

Referring to people as bodies is a reminder, writer Elizabeth Barnes says in an interview, that “racism isn’t just about the ideas that you have in your head.” Barnes is the author of “The Minority Body: A Theory of Disability, The Girl Behind the Wall.” In intellectual discussions, theories about social oppression sound almost disembodied; “we talk about prejudice,” Barnes says, “like it’s just a matter of ideas.” The point is to emphasize the physical violence done to black people through slavery, lynching, and police brutality. In the case of women, the term “bodies” highlights “what happens to women’s bodies in health care contexts, in sexual contexts, in reproductive contexts.”

It’s a nod to the materialism of the left – that the mind, the thoughts, the indivisible soul of the indivisual human being is not merely irrelevant, but inconvenient to the obsession with identity.

Your melanin defines you.

In some ways its a cheap ad hominem – “of course you’d think that, you are (add a reference to your target’s melanin, or lack thereof)”. But pointing logical fallacies out to the foot soldiers of Big Left is a little like arguing salinity with sharks; it’s just part of the water they swim in.

So – gun groups eating each other? Good.

The debate contributing to the ongoing hijacking of the language? Bad.

The whole thing participating, in its own little way, in the further erosion of one of the ideals that’s made Western Civilization the most successful, and humane , civilization in human history? 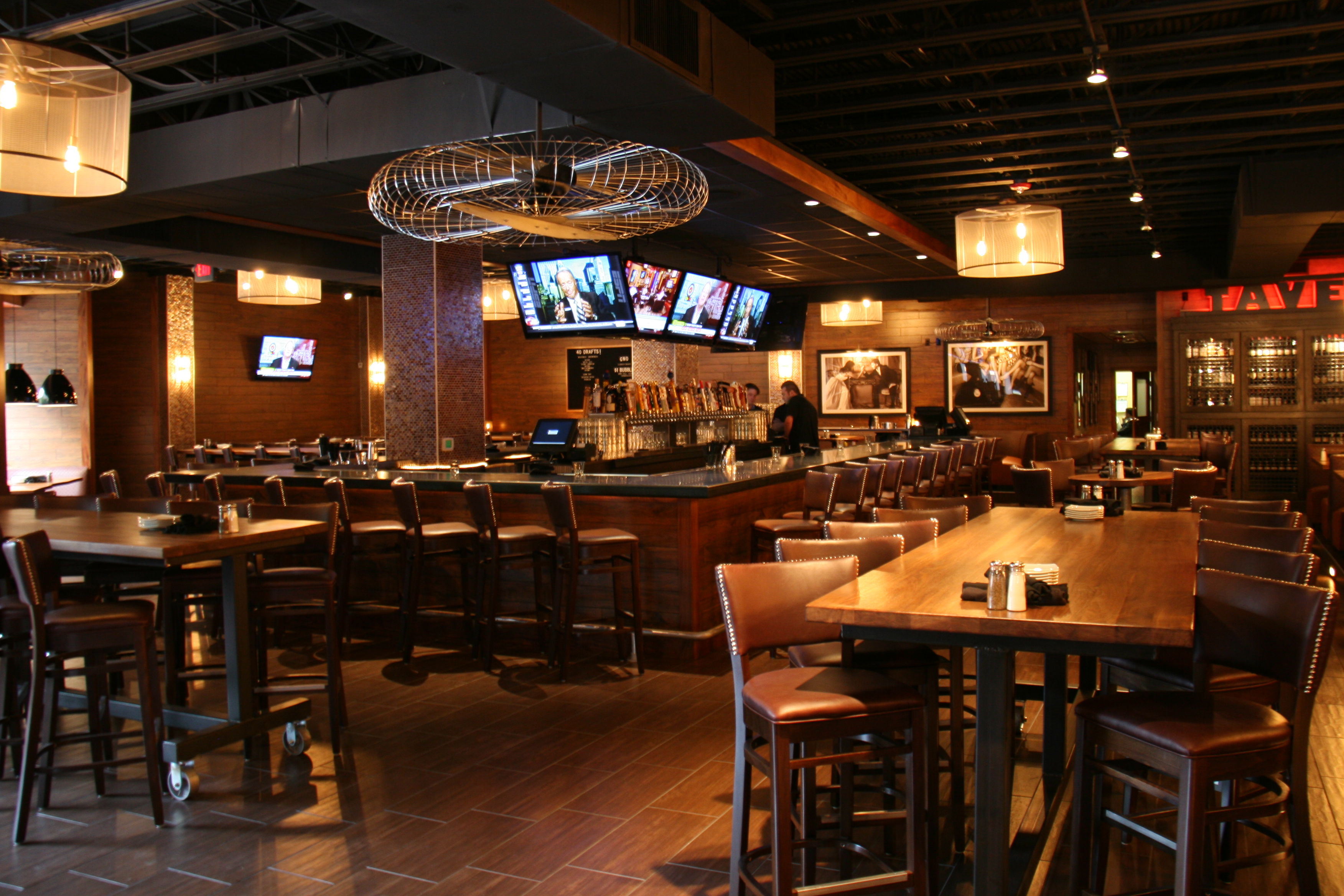 BERG:  (thinks about it, decides not to pursue the error).  Huh.  So all of…(points at the crowd, who seem to be staring, uncomprehending, at the screen)…you are football fans.

DUCHEY:  My whole life.  While you’ve been writing “Sh*t in the Park” (some of the other gathered liberals snicker) I’ve been watching the Vikings greats like Pele and Bill Havlicek.

(BERG looks, notices that the teams have not yet taken the field.  Suddenly, it dawns on him).

BERG:  So – you all remember Tim Tebow, right?

(General incomprehension breaks out.  Then Gutterball GARY chimes in).

GARY:  He is the Christianist who took a knee before games.

(General hissssssssssssing breaks out from the crowd)

CARROLL:  (sotto voce right back)  What, ,you think women are defined by their children?

SCAT:  He was a racist, sexist, ableist, ageist, classist, Christianist… (trails off)

(CARROLL and STROMBERG continue to argue.  On the TV, the teams are coming out onto the field)

BERG:  So – Tim Tebow was all sorts of awful things because he exercised his First Amendment right to express his faith in public.

FURIOUS:  Everybody shut up.  It’s starting.

SCAT:   Oooh, I love the suspense.

(The national anthem starts.  The camera pans over dozens of player taking knees.   FURIOUS and DUCHEY frantically note the names and numbers of players that remain standing.   Cheers break out throughout the crowd)

BERG:  So – NFL players  who take a knee over “social justice causes”…

(Anthem finishes.  The entire crowd risers from their chairs and heads for the exits)

(Within seconds, the table is empty.   The WAITRESS comes over.)

WAITRESS:  35  people at a table, and I got six dollars in tips.

WAITRESS:  Well, technically, kind of – they ordered about $100 worth of kombucha, artisanal tea and one “gluten free lite beer”, and the rest just had water.

BERG:  You don’t even have kombucha or artisanal tea here, do you?

WAITRESS:  I can’t hear you. Naaah naaah naaaah.  (Walks away)

END_OF_DOCUMENT_TOKEN_TO_BE_REPLACED

Think of it: I was spared writing about the last legislative election, an event so vacuous it made reality TV seem interesting. If there was any serious discussion of an important national issue — the state economy, the level of control outside lobbying groups have over both parties but especially the DFL, the fact that the “Stadium Deal” is built on sand, Minnesota’s deteriorating education system, the impact of Governor Dayton’s tax plan outstate, the ongoing embarassment is Gopher football — I missed it.

Instead, we got a campaign of misrepresentations, exaggerations and outright lies. The DFL were by far the worst offenders, but the GOP field didn’t distinguish themselves either.

But then the fortieth anniversary ofRoe V. Wade happened.  A sudden societal change in focus from eternal truths to personal convenience and a razor-thin definition of gender rights ended up in the massacre of tens of millions of humans whose only crime was not being able to pay taxes yet.

And the very air changed. Winter – the most wonderful time of the year – suddenly turned somber. You looked at the small children around you differently, like you look at Auschwitz survivors; miracles who somehow evaded a bloody gauntlet.

Obama struck that note in his moving speech at the Newtown memorial service, for another, much smaller group of child victims who at least got to live outside the womb for a little bit. Speaking for us all, he said: “We can’t tolerate this anymore. These tragedies must end. And to end them, we must change.”

Nice words, but somehow not enough. Not nearly enough.

That’s when I figured I should write a blog post about it. During my 11-year career, every time some demented soul would defend the Democrats’ civil sacrament of Infanticide, I’d get up on my soap box and let loose with a withering diatribe about abortion, the National Organization of Womyn and weak-kneed feminist-lobby-upsucking politicians. Did it about 130 times, give or take.

And in every case the main effect was – nothing.  Certainly not the outcome I’d hoped for.

Still, I thought I’d give it one more stab … er, chance.

South Dakota state senator Mike Rounds introduced a bill to institute a waiting period in SoDak for abortions.   Great, but the bill wouldn’t directly prevent abortions, or exact any vengeance for the tens of millions already murdered.

The thing missing from the Abortion debate so far is anger — anger that we live in a society where tens of millions of little human beings, each of no less moral weight than any of you reading this blog, can disappear into the Nacht und Nebel and all politicians are worried about is offending our society’s Sandra Flukes.

That’s obscene. Here, then, is my “madder-than-hell-and-I’m-not-going-to-take-it-anymore” program for ending abortion in America:

And if that didn’t work, I’d adopt radical measures. None of that is going to happen, of course. But I’ll bet abortion will drop.

END_OF_DOCUMENT_TOKEN_TO_BE_REPLACED

…and ripped it out of the railbed, and beat Obama and the Dems over the head with it?