Time for groups trying to influence the political process to wield the power of their numbers, finances and organizing skill to benefit the candidate they choose.

For a group with serious power – human, financial or moral – it’s time to apply that power to the endorsement of candidates for key state offices. And the big office at play in this weekend’s state conventions will be Governor.

Pressure groups, grassroots organizers, PACs and lobbies will be judiciously applying their clout to the candidates that seem most closely to track their interests and goals, with the skill and restraint of an eye surgeon operating around an optic nerve (or, in the case of Education Minnesota, a street worker jackhammering a piece of cement).

Which brings us to “Protect” Minnesota. 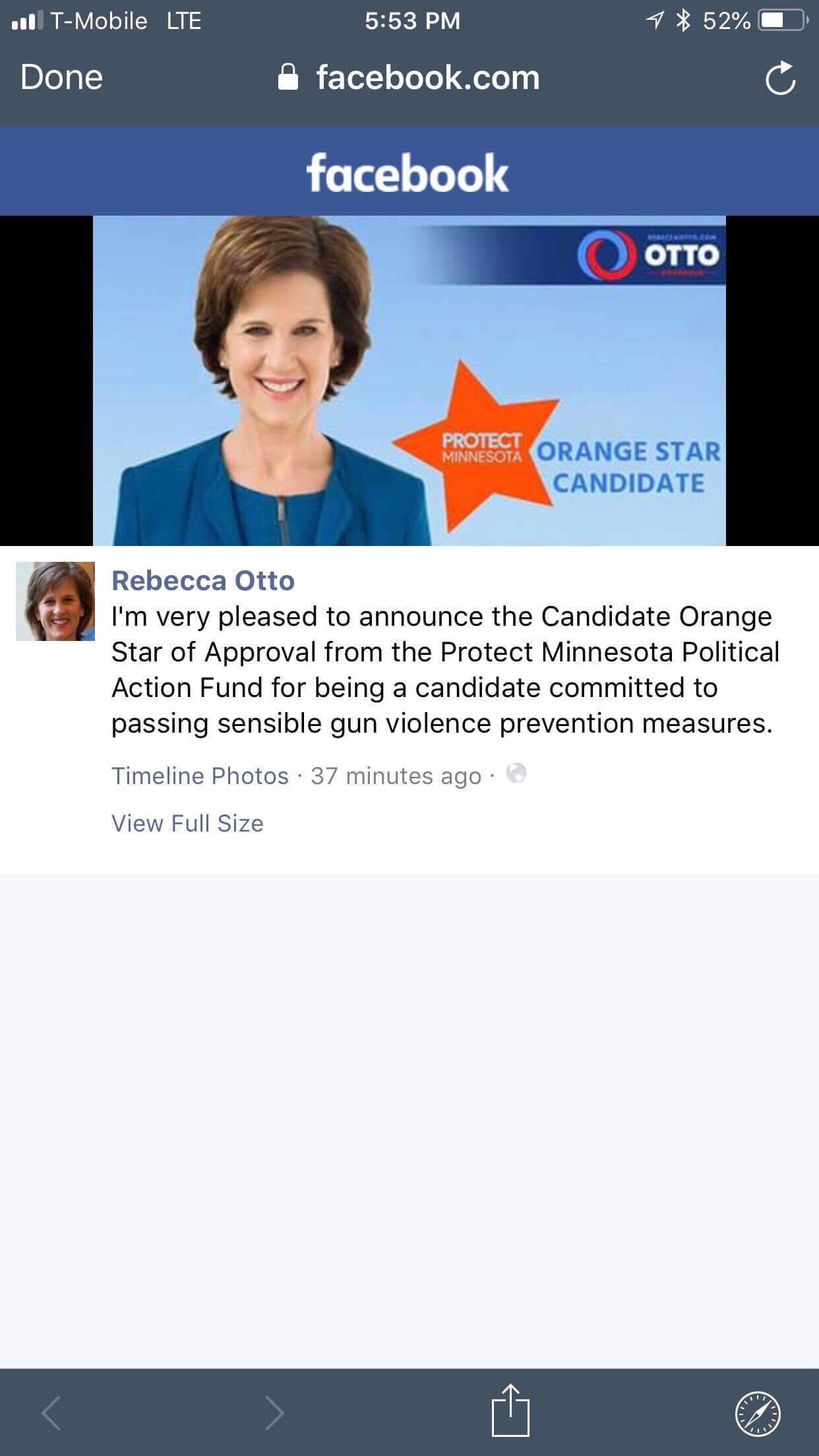 The Otto campaign, being led by Rebecca Otto – which has been flailing in the candidate count lately, and which fired its manager last week – no doubt took some encouragement in the vote of confidence. It’s probably the only “good” news the Ottos got last week.

And the Orange Star right before the DFL convention might tend to indicate that the group was playing it a little safe, endorsing a female candidate who is anti-gun – but hasn’t wrapped herself around the issue, either.    That’d be an interesting signal of pragmatism from the group.

Well, until a little bit later – when this came out: 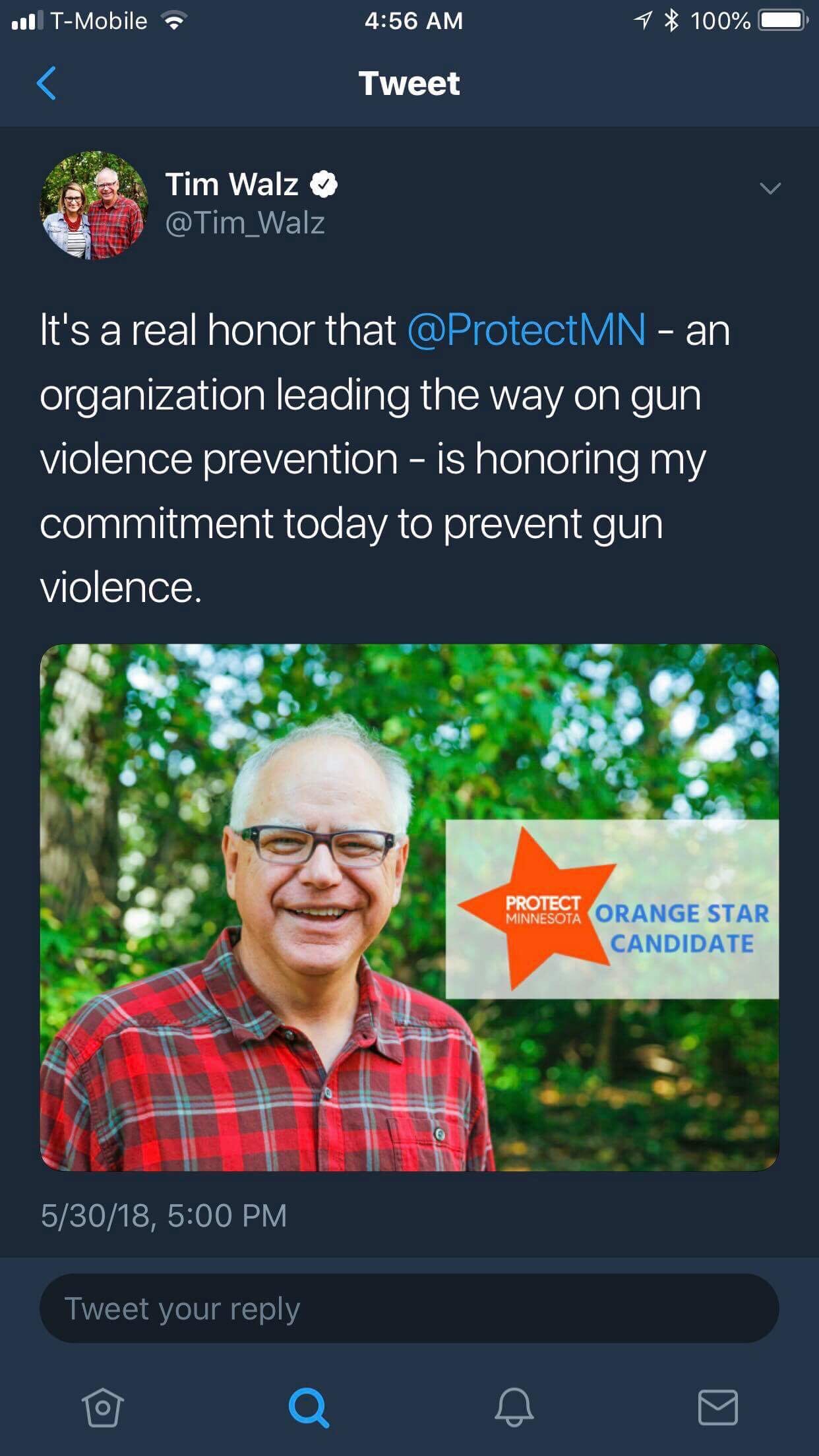 On the veritable eve of the convention, they gave another orange star to CD1 congressman and putative front runner Tim Walz, who has flipped from an “A”-rating from the NRA and the Gun Owners Caucus to being a rabid anti (for purposes of swaying the metro progressives he needs to win the convention, no doubt before flopping before the inevitable primary challenge to try to woo outstate voters, including his gun-owning base in the south of the state.

Still – two coveted orange stars would indicate that “Protect” MN was taking a broad, pragmatic stand against Erin Murphy, who has all but made campaign videos of herself pantomiming going door to door to seize guns; she’s that anti-gun.   It’d be an interesting take on “P”M’s part.

Until a few minutes later, when this arrived in our inboxes: 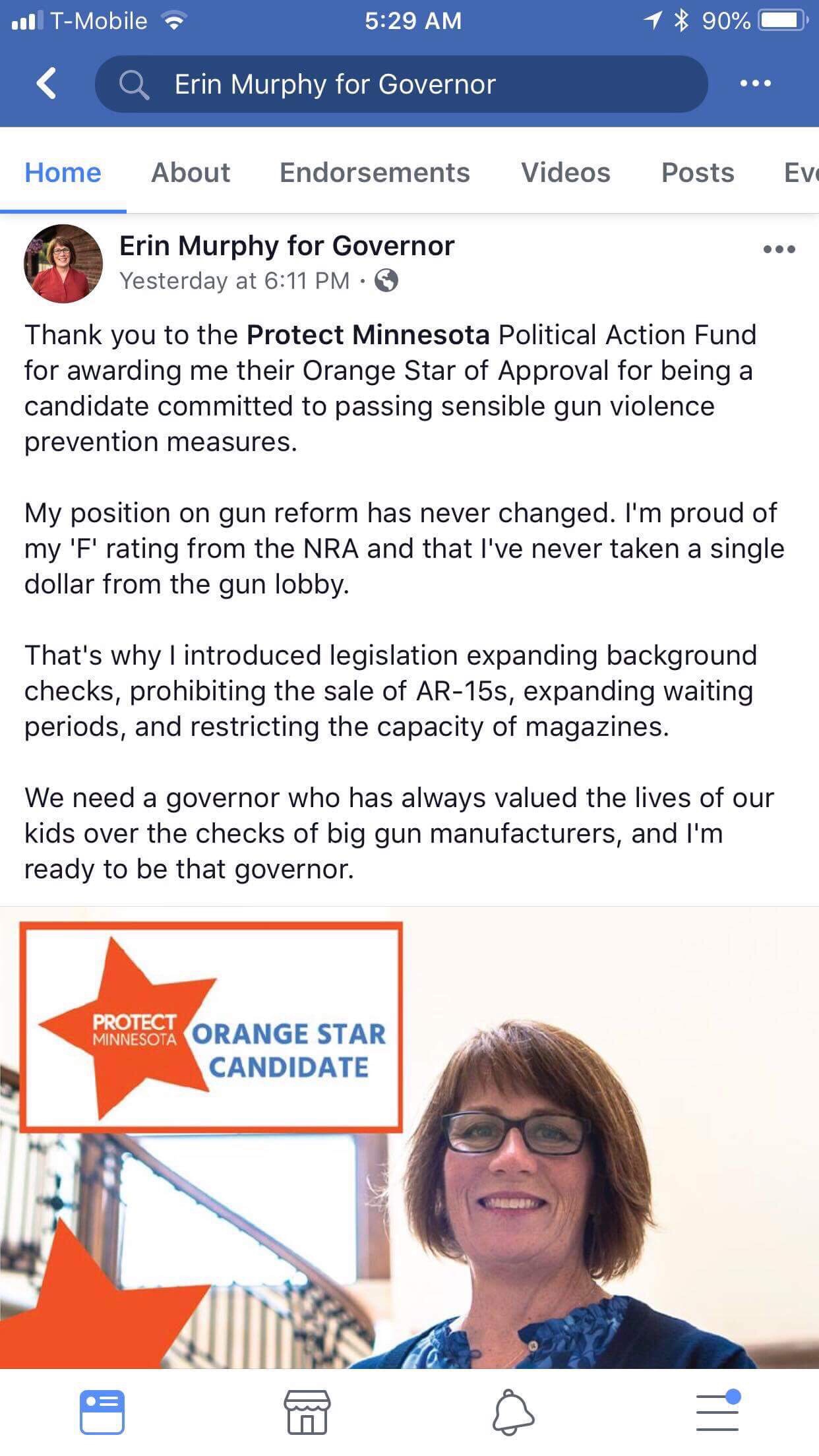 So – on the eve of the DFL convention, “Protect” MInnesota has basically gotten behind…all the DFLers?

7 thoughts on “The Juggernaut Strikes”