There was little reason for the German and Austro-Hungarian units on the Romanian front to believe they would see action again anytime soon.

Devastated by counteroffensives following their entry into the war the previous summer, and now seemingly completely dependent on Russian support, Romanian troops clung to what little territory remained of their state.  Despite the overwhelming concentration of men – 9 armies, 80 infantry divisions, 19 cavalry divisions and 1.8 million combatants in all – the front was but a minor theater in the massive war in the East between the Central Powers and Russia.  How could a nation incapable of producing more than one bullet per soldier per day defend itself, let alone launch an offensive?

On July 22nd, 1917 at town of Mărăști, Romania did precisely that – and would punch a 22-mile wide and 12-mile deep hole in the Central Powers’ line.

Only months after their entry into the Great War, Romania had lost nearly 1/3rd of their mobilized forces and more than half of their territory.  The nation had lacked the industrial infrastructure to resupply their troops and what little heavy artillery they had was lost during the German/Austro-Hungarian/Bulgarian/Ottoman counteroffensives in the fall of 1916.  If not for the presence of one million Russian soldiers, Romania would be driven out of war as fast as she had entered it.

With surrender or subservience to Entente interests the two most likely courses of action, Romania embarked on an ambitious rebuild of their economy and military.  New factories were hastily completed and production quotas at the nation’s few remaining oil wells and coal mines were dramatically increased.  New reserve troops were conscripted and trained, armed with the latest French guns and heavy artillery.  Within a matter of months in 1917, Romania could now field a force of 700,000 men – the equivalent of two armies – complete with combat engineers, an air force and navy.  More importantly, Romania had undergone a crash course in the tactics and strategy of the Great War.  1,600 French advisers had arrived to help train the Romanian army in trench warfare, artillery targeting and night combat skills.

Romania’s changes didn’t end at the front.  Land reform had been a major issue even before the nation’s independence from the Ottoman Empire.  Land policies passed in 1864 had been haphazardly implemented and resulted in the state and a handful of large estates effectively owning half of Romania’s arable land.  Decades later, the large estates had diversified their holdings and no longer leased directly to the peasantry but through intermediaries who spiked rental costs.  By the early 20th century, high leases costs and falling grain prices led to peasant riots in 1907 as farmers could no longer afford to live on the very lands they cultivated.  10,000 civilians were killed in the resulting uprising. Prime Minister Ion Brătianu, who had led Romania into the war despite the objections of the nation’s conservatives, rapidly passed land reform changes and universal suffrage.  Brătianu’s alliance with King Ferdinand I would give him carte blanche to remodel the Romanian State, so long as it allowed for the execution of the Great Romanian unification policies Ferdinand supported en route to his moniker of “The Unifier.”  Political objections to such radical foreign and domestic changes were shelved as the nation’s political opposition acquiesced in the name of the war effort.

By the summer of 1917, Romania was newly armed and politically unified in the goal of driving the Central Powers out of their country.

The Romanians weren’t the only ones who had been using the relative lull in early 1917 to prepare. 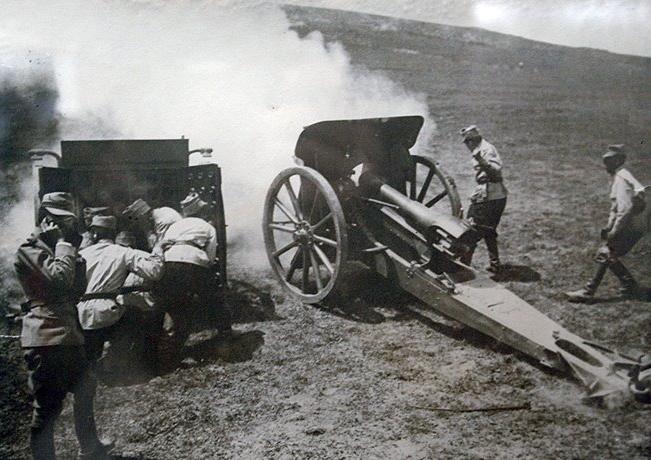 Much like in France with the “Hindenburg Line,” the German/Austro-Hungarian armies had built a complicated defensive system along the Romanian front in the hopes of minimizing the number of soldiers required to fight.  A network of redoubts and trenches, protected by various obstacles and covered by artillery and machine-gun fire dotted the mountainous countryside.  The redoubts had steel domes and labyrinths of trenches that facilitated communication and firing, artillery platforms, and machine-gun nests. These redoubts were so well connected that troops could even keep fighting when encircled.  They would not be an easy nut to crack.

But the rocky, uneven terrain also meant that Romanian troops could find cover right up until they hit the trenches.  With the Central Powers not prioritizing the front, the Romanians spent months scouting the various positions, marking them for future artillery fire.  The Romanian Air Force, made up of 322 new aircraft purchased from France, had also discovered the Central Powers’ artillery placements.  The Romanians had done months of detailed intelligence work and it was about to pay off.

The Romanian artillery that hit the frontlines on July 22nd, 1917 destroyed many of the steel-domed redoubts and wiped out the Central Powers’ artillery stations before they could even respond.  The first wave of Romanian troops had been trained more like the shock troops Germany and France had begun experimenting with at Verdun, and drove through the first several lines of defense.  Local resistance members cut telegraph wires and showed advance scouts passes through the mountains.  In only nine days, the Romanian army advanced further than any other Entente fighting force in the entire summer of 1917.

While the casualty count was light – fewer than 10,000 Central Powers soldiers were killed, wounded or captured – the Romanian victory provided a badly need boost of optimism in a summer of defeats.  The Times of London proclaimed “the only point of light in the East is to be found in Romania.”

The battle at Mărăști would yield further victories as the Germans attempted to undo the Romanian gains.  For a month, 245,000 German and Austro-Hungarian troops would drive into the Romanian front without success and with the loss of another 65,000 men.

But the offensive and German counter-attack did not come without cost.  Over 32,000 Romanians became casualties, along with over 25,000 Russians.  And the Romanian victories would do little to alter the dynamics on the Eastern front.  The failures of the Russian offensives in the summer of 1917 doubled down on the Russian Provisional Government’s inability to maintain power.  As the Bolsheviks seized power and withdrew Russia from the Great War, Romania found itself surrounded and alone. 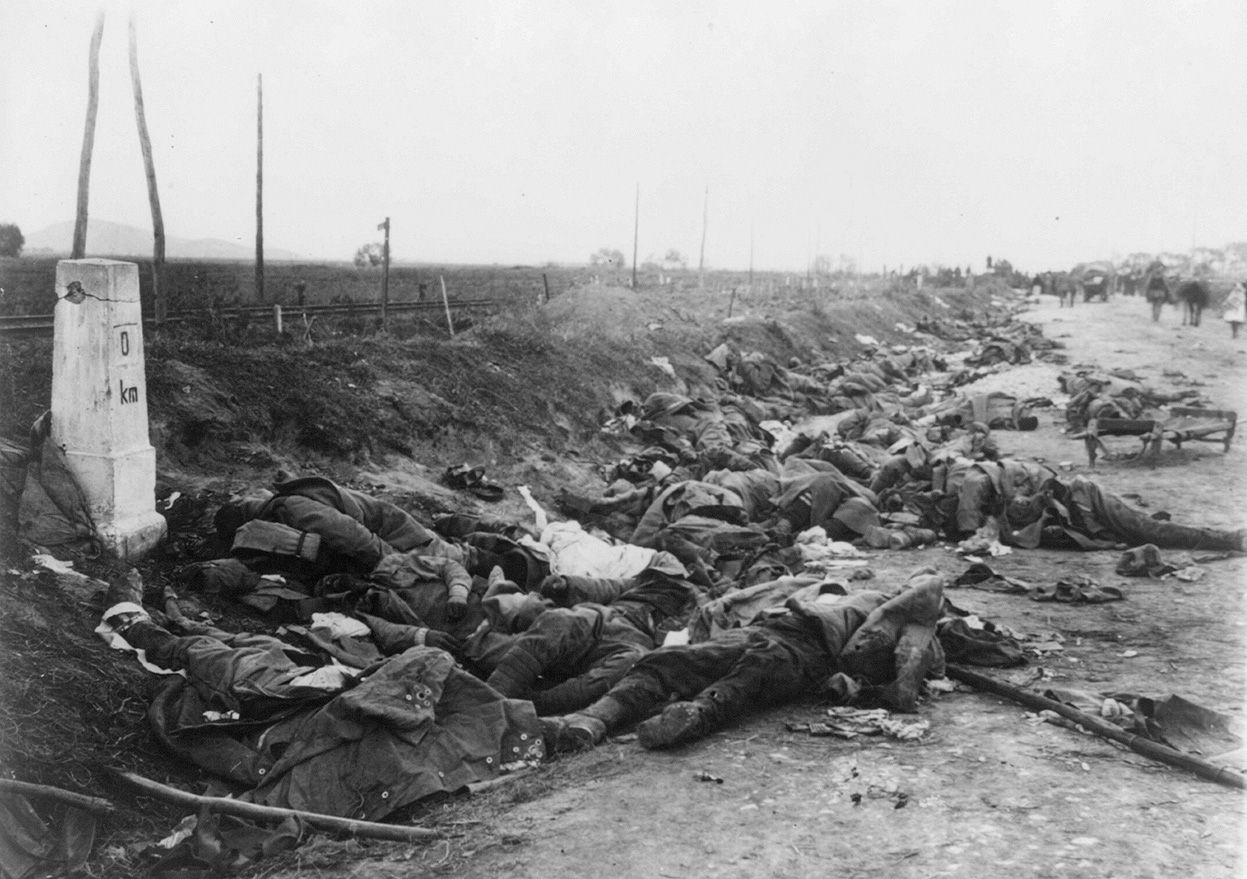 Romania suffered nearly 600,000 military casualties and 430,000 civilian deaths from their participation in the First World War

“The only point of light in the East” was quickly extinguished with the armistice in Focșani in December of 1917.  Just a year after Romania had entered the war in hopes of expanding her borders and unifying the ethnic Romanians under Austro-Hungarian rule, Romania found herself reduced to an occupied rump state.