Alondra Cano – “third world feminist” (whatever that means) and Minneapolis City Councilwoman – took time off from not bothering with her actual constituents’ real problems to sound off, like every other demigogue, on the Freeman press conference yesterday.

Her Facebook page seems to be set up to disallow copying, so I screenshot the whole dismal lashup: 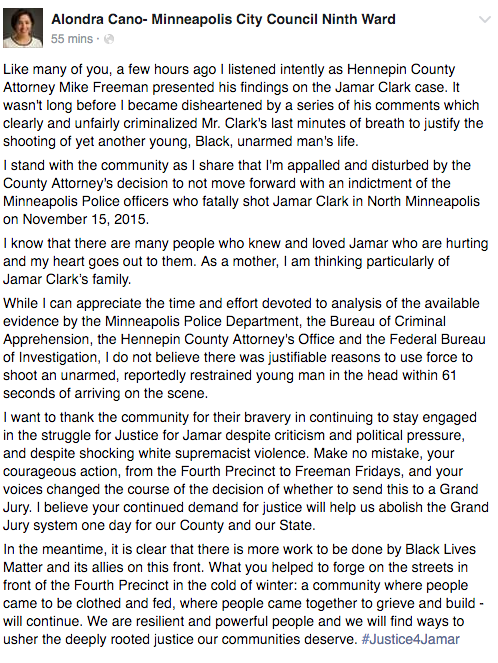 “Political pressure?”   The City of Minneapolis has bent over backwards to accomodate Black Lives Matter.  If a Tea Party or Pro-Life group ever blocked a freeway, the Minneapolis or Saint Paul police departments would rain down attack dogs and billy clubs like the Great Deluge.

Like all wannabe liberal demigogues, she’s making up her reality as she goes along, knowing the stupid and gullible won’t care.