The days might have been getting longer across Europe in June of 1916, but in the capitals of the Entente, the second summer of war only appeared to be getting darker.

France was bleeding to death in the trenches of Verdun.  Italy was reeling from an Austro-Hungarian offensive that threatened their main army at Isonzo.  Even the vaunted British Royal Navy had suffered a tactical defeat days earlier at Jutland.

Yet perhaps nowhere did the Entente’s fortunes look worse than in Tsarist Russia.  Malnourished, under-trained, and overwhelmed with anti-Tsarist/anti-war propaganda, Nicholas II’s armies (now directly under his command) had suffered devastating blow after blow.  After losing nearly five million soldiers by the fall of 1915, the Russians had failed to advance against the Central Powers just months earlier despite an overwhelming advantage in men and material.  On June 4th, 1916, they were being asked to assume the offensive once more.

Near the Galician city of Lutsk (now in modern Ukraine), the Russians would yet again attack – only this time without a significant advantage in manpower.  Nor would they be aided by a massive artillery barrage.  In fact, their commander had specifically requested that artillery not pound the Austro-Hungarian line for days in advance.  Even the Stavka, the Russian High Command, saw little chance of success.  To them, the offensive was being conducted for political, not military, reasons, in order to shore up Russia’s support of the Chantilly Agreement of inter-Allied coordination.

Within 72 hours of the first shots being fired, the entire complexion of the Great War would change – and Russia would emerge victorious from one of the largest offensives in history.

After nearly two years of war, the recipe for offensive warfare could have easily been viewed as numbingly rote, if not for the horrible carnage.  Lined in trenches, forces would advance in human-wave conditions after a sustained barrage of heavy artillery.  Gaines and losses could be measured in meters, not miles, and even in victory, the cost in lives were high.

The formula did not reward all those who engaged in it equally.  Despite a two-day bombardment, and holding a 373,000 to 82,000 advantage in manpower, the Russians had been badly defeated at Lake Naroch in late March.  The loss had shaken the Russian High Command to the core – even Mikhail Alekseyev, the Russian Army’s Chief of Staff, now assumed that the best Russia could hope for was to maintain their defensive position and wait for circumstances to change.

And indeed there was hope things might change to Russia’s advantage.  After beginning the war nearly two million rifles short,  Russian rifle production soared to more than 40,000 new rifles each month by the end of 1915.  By the summer of 1916 every Russian rifle had a reserve of about 400 rounds, as Russia produced 1.3 million rifles and 1.5 billion cartridges per year.  Plus, the relative calm on the Western Front during the previous year had enabled British and French to deliver more than 150 heavy guns, 500 trench mortars, 2 million hand grenades, 75 million rifle cartridges, 2.5 million pounds of explosives, 50 airplanes, and other supplies.  Russia still had crippling transportation and food management problems, but at least the Tsar’s armies now had more means to fight than ever before.

Russian officers and their men awaiting orders.  Brusilov’s men were better armed and trained than perhaps any other Russians since the beginning of the war

In June of 1916, what Russia lacked above all was a plan to regain the offensive – and the confidence to enact it.

By the standards of the era, Aleksei Brusilov appeared a terrible choice to command a front.

The son of a Russian officer and a Polish mother, the rail-thin Brusilov did not cut a dashing figure as he looked most at home in his drab field uniform.  An aging cavalry-hand, Brusilov had been a cadet teacher most of his life, as his half-Polish background limited his chances for promotion in an officer corps that still valued social status and ethnic lines more than skill.

That would change quickly as Brusilov proved himself almost the sole Russian commander capable of dealing defeats to the Central Powers.  Given the reins of the 8th Army in Galicia, Brusilov repeatedly beat the Austro-Hungarians facing him, even driving into Hungarian territory before being forced to retreat because of Russian losses against the Germans.  Brusilov had always had the respect of his men, but now he had earned that respect as well from his fellow officers, the enemy, and the Tsar, who promoted him to the equivalent of a four-star general.

By the spring of 1916, Brusilov had been given the command of the southwest front – nearly half of the entire Eastern Front.  As both German and Austro-Hungarian forces moved west, Brusilov saw an opportunity to strike.  Brusilov’s superiors were not nearly as convinced.  While Russia had committed to restart offensive operations in the hopes of relieving French pressure at Verdun, the failure of Lake Naroch weighed heavily on their considerations.  Brusilov was at near parity with the Austro-Hungarians in Galicia – 40 infantry divisions to the Dual Monarchy’s 39, with the only real advantage coming in Russia’s fifteen cavalry divisions to Austria’s ten.  Worse, Brusilov was ignoring every piece of tactical dogma.  The artillery attack preceding the offensive would be under five hours – the shorter, the better.  Brusilov would attack on a wide front, not a narrow one.  And he would commit his reserves immediately, holding nothing back if the offensive failed.  To the generals at Stavka, it sounded like the recipe for disaster. 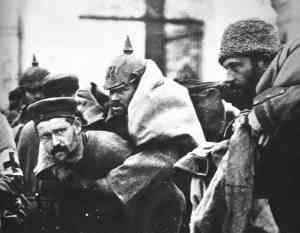 Brusilov wasn’t ignoring the lessons the Great War had taught numerous other commanders – he was acutely aware of them.  The massive artillery bombardments that had defined the Great War often did little to soften up the enemy’s trenches, instead allowing them to mass reinforcement in the rear of the attack to swoop in once the attack commenced.  Accuracy and surprise would be the key ingredients to a successful offensive.  As such, Brusilov had slowly advanced his trenches toward the Austro-Hungarian line over the months, erecting giant earthworks to hide his approach.  Concentrating men had been no more effective than concentrating firepower, so Brusilov wanted constant pressure across the entire Front – the scale of the attack would ensure a breakthrough somewhere.  And Brusilov didn’t want human-wave attacks – he wanted small groups of highly trained troops to lead the offensive – not unlike what Germany was experimenting with at Verdun.

Despite their serious reservations, the Russian High Command gave Brusilov the go-ahead for his offensive.

Austro-Hungarian troops line-up for inspection.  The losses suffered during the Brusilov offensive would bring the Dual Monarchy to the brink of defeat

The first rounds of artillery that landed on June 4th, 1916 didn’t land in the Austro-Hungarian trenches; they landed behind them – by design.

2,000 pieces of heavy artillery lashed out against the rear of the Austro-Hungarian line, hitting supply depots, communication junctions, and staging areas for the Dual Monarchy’s reserves.  Over a 200-mile front, the Russian guns sowed confusion behind the trenches.  The advancing Russian shock troops overwhelmed the Austro-Hungarian defenses with a speed unseen in the Great War.  The front moved so quickly that the main Austro-Hungarian commander, Archduke Josef Ferdinand, was nearly captured in Lutsk as his forces collapsed around him.

The reaction in Berlin, Vienna and Budapest was panic.  Conrad von Hotzendorff, the Austro-Hungarian Chief of Staff, quickly contacted his German counterpart Erich von Falkenhayn, telling the Germans they were facing the greatest crisis of the war.  Little stood between Brusilov and the Hungarian plain.  If not checked, the Austro-Hungarian Empire could be forced out of the war.  For the Central Powers, the confidence that the war might be won in 1916 immediately evaporated.  Four German divisions were transferred from Verdun, while hundreds of thousands of Austro-Hungarian troops were recalled from Italy.  The only question was whether the men could arrive in time.

The Stavka, so opposed to Brusilov’s operation just weeks earlier, now attempted to build upon his gains.

Gen. Alexei Evert – one of the many Russian generals of an outdated era

To the north, the Russians slowly lumbered to the front.  Originally, Brusilov had wanted another offensive to help pin down the Germans while he was driving through the Austro-Hungarians.  Now, the Russian forces of Gen. Alexei Evert were arriving too late on the scene.  Evert, one of the commanders of the Lake Naroch disaster, was showing why that previous offensive had failed.  His forces cautiously bumped against the Germans, allowing the Germans to move their reserves south to aid their beleaguered ally.  In response, Stavka moved men under Evert’s command to Brusilov – which Brusilov promptly refused to accept.  Not only were Evert’s men not trained to fight as Brusilov wanted – but the further concentration of forces ran completely contrary to Brusilov’s strategy.  If Stavka was trying to aid the Central Powers, they couldn’t have done much better.

While Evert’s half-hearted offensive racked up Russian losses, Brusilov continued to push into Austro-Hungarian territory.  He resumed his offensive in late July, despite his lines of supply and communication being drawn painfully thin.  Russia was now driving deep into the Carpathians, regaining most of the ground they had been forced to relinquish the previous summer.  But the resistance was getting stiffer – experienced German reinforcements proved far tougher opponents than overwhelmed soldiers from the Dual Monarchy.  And other fronts were consuming resources otherwise meant for Brusilov’s men.  Not only was Evert’s incompetent generalship threatening to undo Brusilov’s gains, but Brusilov also had to send reinforcements to the Entente’s newest ally, Romania, who entered the war looking to capitalize on Russia’s newfound gains.

By September, the Russian Giant had exhausted itself.  At the cost of 500,000 lives – the majority of them on Evert’s part of the front – Russia had won the largest battle of the war.

Brusilov’s offensive had been much more than a sizable victory for Russia – it very well might have saved the Entente.

German and Austro-Hungarian victories in France and Italy turned into defeats with the need to transfer forces to the Eastern Front.  Politically, the offensive forced both Hotzendorff and Falkenhayn out of their posts, and strategically neutered the Dual Monarchy for the rest of the war.  From the fall of 1916 on, Vienna and Budapest’s military was under the de facto control of Berlin. 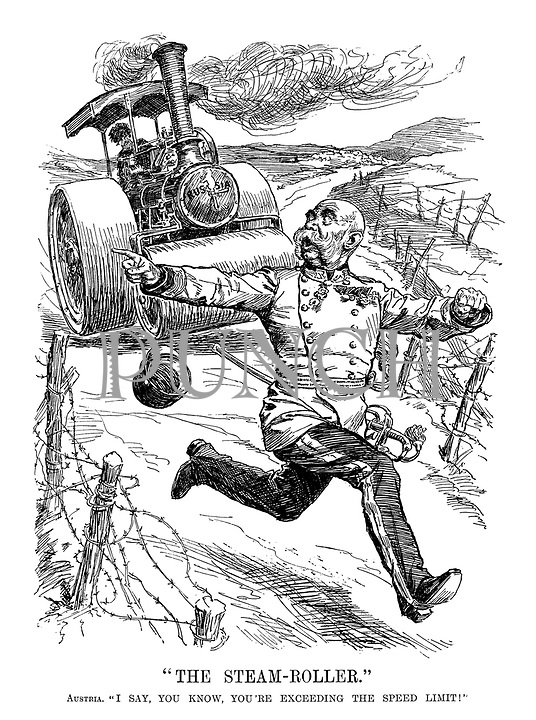 Russia, France and Italy were all given temporary reprieves from what appeared to be impending collapses in the spring of 1916.  While all three Entente governments would crack under the continued pressures of the war in 1917, victory in the East had bought all of them time.

Aleksei Brusilov would become an international celebrity overnight from his victories, but little of his tactics would be integrated within an army still slow to accept reform.  Brusilov would eventually be given the post of Commander in Chief by the Russian Provisional Government in May of 1917, only to be replaced two months later as what little cohesion remained in the Russian Army after the fall of the Tsar rested on the extensive use of capital punishment.  The armies of the Provisional Government would liberally employ Brusilov’s tactics – shock troops, brief artillery barrages, exploiting holes in the enemy’s line – but they would come too late to turn Russia’s fortunes.

6 thoughts on ““The Greatest Crisis of the War””