For nearly a year, the Eastern Front had been something of a murderous pendulum.  The armies of the Central Powers and Russia had traded monstrous blows, racking up casualty figures in the hundreds of thousands battle after battle.  And despite the Front’s lack of the same sort of trench warfare that would define the Great War in the West, the battle-lines rarely shifted…and when they did, they often quickly shifted back.

The other constant was Russian blood.  Whether in victory (such as in the Carpathians) or in defeat (the Masurian Lakes), Russian soldiers died in biblical proportions.  At least 2 million rifles short, starving for food and being fed anti-Tsarist/anti-war Bolshevik propaganda, Russian troops were deserting in greater and greater numbers.  As a Russian Army report in the summer of 1915 suggested, “super-human efforts were [being] required to keep the men in the trenches.”

The Central Powers’ offensive that began on July 13th, 1915 held goals far more modest than being the decisive blow against the Russian Army.  Too many other battle plans had rested on such a notion in the previous 11 months and come up wanting.  The hope had been mostly to press on the gains made by driving the Russians out of Austrian Galicia that spring.  Instead, the Russian Army collapsed.

Tsarist Russia had been on the breaking point – she now appeared to be broken. German troops enter Warsaw.  It would not be the last major city in the Russian Empire to fall

By any metric, Russia was not prepared for a prolonged, industrialized war.

Militarily, the Empire was still reeling from its defeat at the hands of the Japanese in the 1905 Russo-Japanese War – a conflict which spurred a revolution at home that threatened the Tsar.  By the outbreak of the Great War, Russia was spending 60% less per soldier on training and supplies than their German or Austrian counterparts.  Politically, land reforms had replaced the country’s serfdom of the 19th Century, driving millions off generational farms (albeit on land they didn’t previously own) and into the urban jungle.  Economically, a poorly-educated, low-skill work force was of little use in supporting the sort of industralized output a major war required.

By the summer of 1915, the effects of mass conscription and run-away inflation meant few men were around to harvest crops and even fewer could afford to eat.  Even in the capital, St. Petersburg, stores closed for a lack of the most basic staples.  Women would wait on average 40 hours a week in food lines – if they could afford food at all.  Thousands deserted the cities in desperation, hoping to find something, anything, to eat.

Russian troops huddle in a trench.  These men were among the lucky – they had a hole to hide in and actual rifles.  Many had neither

On the Front, men were being sent armed with ax handles (not axes, axe handles), having been given perhaps a few weeks worth of training.  In their camps they read horror stories from their relatives about the condition of the cities.  The influx of Bolshevik propaganda at this early stage was likely minimal, but was featured prominently in the reports of Russian authorities eager to find scapegoats for soldiers unwilling to rush into battle without weapons.

The only men who could escape the slaughter were the wealthy – in most cases, the aristocracy.  Russian nobility did serve in the war, but often in the Officer Corps, where meritocracy was a still burgeoning concept.  The Officer Corps’ finest was comprised of men like Grand Duke Nikolay Nikolayevich Romanov, the Commander-in-Chief of the Russian Army.  The Grand Duke had a good education and democratic sympathies (he forced his cousin, Tsar Nicholas II, to accept political reforms after the 1905-06 Revolution), but limited military experience.  The Grand Duke had been a military engineer and was given his command due entirely to his bloodline and loyalty.  Before the Great War, he had never heard a shot fired in anger.

At it’s best, the Russian Army was a malnourished giant with inexperienced, if well-intended, leadership.  At it’s worst, it was a sausage-grinder of the nation’s poorest men being cranked by military dilettantes. Erich von Falkenhayn – Chief of Staff of the German Army. Falkenhayn opposed offensive actions in the East, arguing to end the Great War through victory in the West. Only after Verdun – and Falkenhayn’s demotion – did Germany truly change its strategy

Generals Paul von Hindenberg and Erich Ludendorff, having made their fame with their repeated Eastern victories, saw the Russian Army for the hollow giant it had become.  Together with the Austro-Hungarian head of the General Staff Conrad von Hötzendorf, Hindenberg and Ludendorff envisioned a campaign of massive encirclement, pressing the Russians from the north and south.  If successful, the offensive could capture Warsaw and squeeze the Russians out of the bulge that remained of Russia’s toehold on German and Austrian territory.

The only German of note who opposed the plan in the military was Erich von Falkenhayn, Germany’s Chief of the General Staff.  Falkenhayn was still wedded to his belief that a separate peace could be negotiated with Russia.  Since late 1914, the Germans had negotiated with Tsar Nicholas II through intermediaries such as King Christian X of Denmark.  By June/July of 1915, even German Chancellor Theobald von Bethmann Hollweg (who had committed, in effect, treason to get Germany into a war), was trying to assure the Russians that any territorial concessions they would need to make to achieve a peace treaty would be modest.

Nicholas II finally refused Germany’s peace offerings.  And why not?  Russian troops were still on Central Power’s soil.  Why should Russia be the one to relinquish land?  With the diplomatic solution dead, for now, the last hurdle to a major German/Austrian offensive had been cleared – Falkenhayn gave the order to attack.

If the Russian Army was a hollow giant, the first days of the Central Powers’ offensive suggested it still had a thick exterior.

While the Austrians pressed towards the center of the Russian salient, the Germans moved northeast, aiming to capture Latvia and Lithuania.  Within the first four days of the offensive, some German units had experienced losses of 80%.  The army of German General Max von Gallwitz had to actually retreat rather than risk a Russian counterattack that could break a hole in the German line.

But the German/Austrian armies pressed on.  Finding less resistance to the far north, German units flanked the Russians into Lithuania, capturing key defensive bases.  Coupled with the mounting pressure from the Austro-Hungarian units to their center and south, Grand Duke Nikolay Nikolayevich made the sensible decision to follow the tactics of his Napoleonic era ancestors – retreat into the Russian interior.  The move was employed too late to save his position or his army. The “Great Retreat” has been hailed by some as an orderly withdrawal.  In reality, it was a hurried mess that only barely managed to save three entire Russian armies from being surrounded

On August 5th, 1915, German troops entered Warsaw and were greeted as liberators by many Poles.  The Poles nationalist hatred of Tsarist Russia had only been stoked in the preceding days as the Grand Duke ordered a “salt-the-earth” campaign, destroying grain, livestock and infrastructure ahead of the advancing Germans.  The arrival of German troops certainly held the thin prospects of the return of the Polish nation , but for a starving nation now robbed of whatever supplies they had left, German armies at least equaled German food.

It was the start of what would be known in Russia as “the Great Retreat.”  While the distances covered seemed a pittance compared to Alexander I’s escape from Napoleon’s forces, or by those of Stalin’s Red Army a generation later, the retreat represented something more than a military reversal – the start of a political, and eventually societal, collapse. Russian troops surrender – the Russian army suffered 1.8 million casualties and had nearly 1 million taken prisoner in the offensive.  In total, 5 million Russians had been killed, wounded or captured in just over 12 months

In a war where victory often meant pushing the opponent merely yards, the Central Powers’ advanced 350 miles in some spots.  The Central Powers’ victory was not without cost.  200,000 German soldiers alone were killed or wounded, but the real losses were among the Russians.  1.8 million Russians were dead or missing, and another million captured.  By the end of the offensive in late September, 5 million Russians were now either dead, wounded or in an enemy POW camp since the start of the war – roughly 3% of the country’s entire population.

The offensive made and broke military reputations.  Although Falkenhayn still wasn’t convinced that Russia could be driven out of the war, he had lost the Kaiser’s ear when it came to Eastern strategies.  Hindenburg and Ludendorff were now unquestionably the most prominent men in Germany, with a veritable cult of personality surrounding Hindenburg that wouldn’t pass until his death.  Hindenburg would eventually be given the reins of the entire war effort in 1916 – a grip on power he barely relinquished between successive terms as the President of the Weimar Republic.

The retreat broke Grand Duke Nikolay Nikolayevich.  Having never wanted the position of Commander-in-Chief in the first place, his cousin, Tsar Nicholas II, sacked him in late August as the public increasingly blamed the Grand Duke for the army’s reversals.  Most of the Tsar’s advisers believed he would select a successful general like Aleksei Brusilov to command the main army.  Brusilov was an obvious choice, having repeatedly defeated the Austrians and being one of the few Russian generals the Germans held in high regard.  Instead, the Tsar appointed himself. 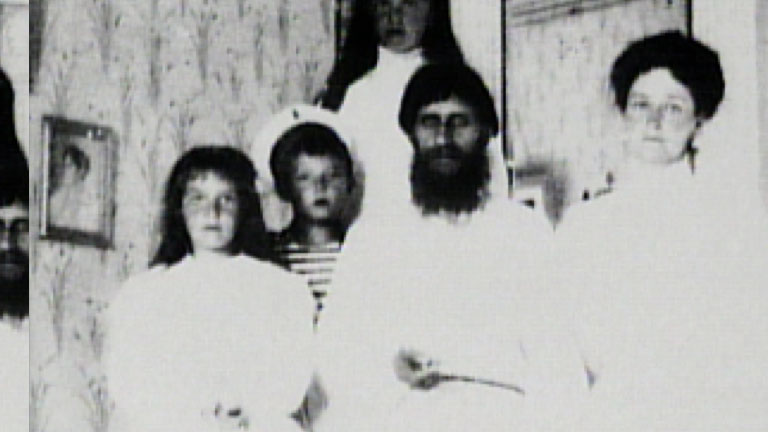 Short of the choice to go to war in the first place, Tsar Nicholas II’s decision to appoint himself Commander-in-Chief was the single biggest factor in the fall of the Russian Empire.  Not only did the decision remove him from St. Petersburg and isolate him further from the deteriorating condition of his grip on power, but now the Tsar was personally responsible for the outcome of the war.  No longer could his countrymen excuse the performance of the army on the Tsar’s generals or advisers (and they had, for the most part).  Now the Army’s defeats were the Tsar’s defeats, while his wife and a mad monk by the name of Grigori Rasputin appeared to run the country’s domestic affairs into the ground.

Few could have known it at the time, but the die had been cast for the end of the Romanov Dynasty.

7 thoughts on “The Great Retreat”