It may not be the definitive image of the Obama regime – unionized government employees putting up barricades around the World War 2 memorial in the face of World War 2 veterans whose wheelchairs they are scarcely fit to push.

But if I have any say over it,  it will be

A new wave of veterans were forced to move barricades at the WWII Memorial in Washington Wednesday morning to gain access during the government slimdown, a spokeswoman from Sen. Jerry Moran, R-Kan., told FoxNews.com. 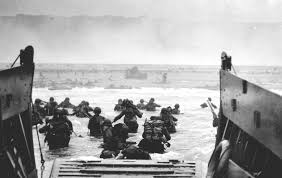 Bear in mind that these monuments and memorials are usually accessible 24/7, without the need for government workers to be standing around.

But no matter.  Harry Reid’s passive-aggressive snit must be carried out – veterans be damned.

The WWII veterans, from Ohio, Kansas and Missouri, arrived at the memorial one day after another group relied on the assistance from elected officials to move the barricades to allow access. Parks police did not prevent the first group from entering, nor did they interfere with Wednesday’s group.

The veterans vowed to make the trek to D.C. regardless of the situation in Washington. When asked how they were going to visit the World War II Memorial when it’s closed, Ian Drake, a WWII veteran, told Fox4KC.com the group will “find a way in, one way or another. We might have to climb or something. It’s no problem. Well work it out when we get there.”

The veterans are traveling as part of Honor Flight , a program that enables World War II veterans to partake in an expense-paid trip to view the memorial.

It’s not the first bunch of barricades they’ve pushed aside, after all.

Keep it up, Democrats.

11 thoughts on “Tear Down This Wall”