Ben Shapiro challenged prog flavor of the month Alexandra Ocasio-Cortez to a debate – something she’s never had in her “political career”.

Now, there’s no requirement that a pol debate anyone, ever – even their opponents for office, much less pundits.   Of course, it can be used against you – not that it matters in a one-party town like Ocasio-Cortez’ district.

And there are so many ways to decline a debate request like this:

That’s not what Ocasio-Cortez did, though: 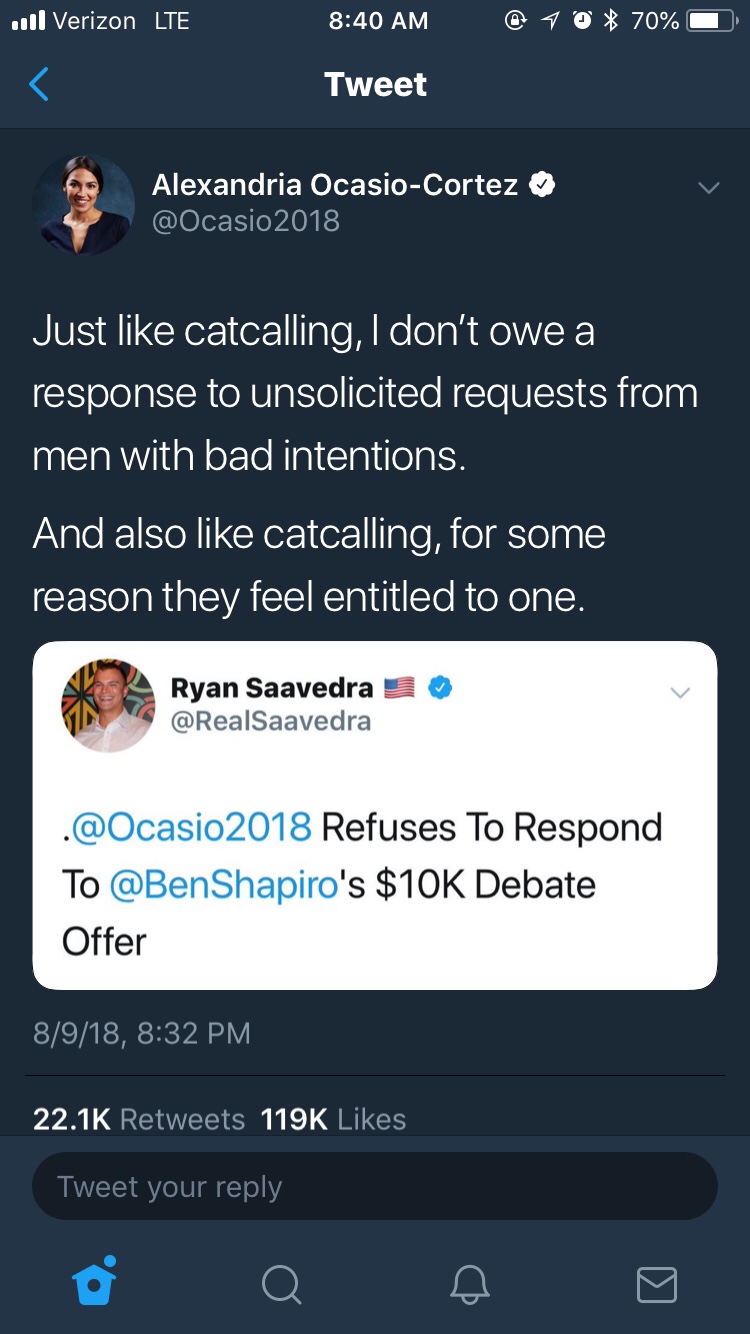 Asking for a debate is “like catcalling” – sexist, intrusive, unwanted, arrogant.

A response that is, itself, sexist and arrogant, and a sign of a mind that can think on no other plane than the politics of identity and outrage.

Congratuations, New York.  You got another winner here.  (Not that Minnesota has anything to brag about, since the equally risible Alondra Cano  Alondra Cano, Ray Dehn and Keith Ellison remain in office).

SIDE NOTE:   Remember when the same people who are raving about Ocasio-Cortez today were calling Sarah Palin  an ignorant dumbass?

This is the sound of “the bar” in freefall.

10 thoughts on “Orwell Was A Pollyanna”