I’m Mitch Berg.  I’m one of Saint Paul’s tiny film of conservatives, so you’ve never had the faintest hint of a reason to pay attention to me, and you likely never will.  And it – like everything about Saint Paul’s governance – shows.

But I come today not to bury you, but to show you some common ground.

Councilman Carter, you may be a politician, but otherwise you are by all accounts a law-abiding citizen.    There’s no indication you don’t follow the rules [1].

And yet here you are, getting smeared by the police union (an integral part of the Metro DFL establishment) that you are also a loyal, elected part of) for things that are not you fault, that you’re not responsible for, and that you have nothing to do with [2], *even as* the person who allegedly burgled your house – the bad guy, here – slides anonymously and without ceremony toward his eventual, inevitable catch-and-release date. 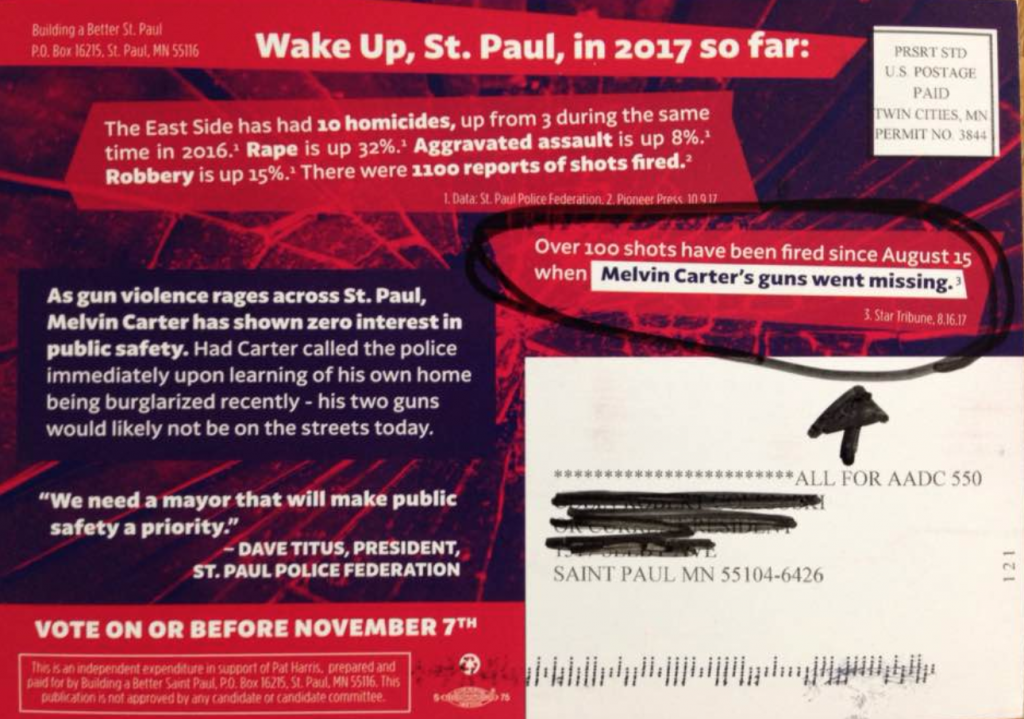 (“But wait!  It’s not bigotry against gun owners!  It’s racism!”, someone will say.  Why choose? It’s both; the roots of gun control are intensely racist).

Welcome to the party, Councilman Carter.  Perhaps you might want to rethink your party’s assumptions about the rest of us?  [3]

[1] Including the laws and rules about securing the guns;   the law is about safeguarding kids, not burglarproofing your collection; a trigger lock or locked gun box is ample to meet the law’s requirements.  If the law required us to make every potential danger in our houses theft-proof, we’d all live in fortresses, and we’d all *still* be criminals one way or another.

[2] Other than, of course, the culplability he shares with this city’s current government, ruling party and political class of which he’s a part, of course.

[3] Speaking conceptually, here.  I don’t own guns.  They terrify me.