A bunch of journos are apparently getting ready to sue the President for blocking them from his Twitter account.

I’m about ready to send money to their plaintiff’s fund.

Because the journos are right.  Why should pols get to decide whose speech to restrict, and from whom they can restrict access to their public speech?

And I’ve got quite a little list of DFL pols who’ve done exactly the same to me, and I’d guess most every conservative pundit in Minnesota.

In some cases – like Kim “Profile in Courage” Norton – it was because I publicly called out her lies over “criminal protection” laws.

And yes, I may have actually broken the story of Alondra “The Industrial Engineer” Cano distributing personal information on Twitter about people who’d criticized her privately  (or so they thought() on the City of Minneapolis website to try to bully them into silence.

Both of these politicians blocked me almost immediately after I publicly ate their lunches.  Waah waah waaah.

Likewise, the Twitter accounts of “Alliance for a Better Minnesota” and “Protect MN” have long since blocked me – because I crush them every time I turn my attention to them.

But others – Rep. Melissa Hortmann, Senator Tina LIebling, as well as several DFL-xupporting non-profits – already had me blocked before I ever attempted to write/tweet about them.

I know that there are apps that can systematically block all social media from authors matching some lists or algorithms – which is why I suspect the blanket block from DFL pols.

Remember that in all cases, while I am a stone-cold purveyor of unassailable fact, I am also scrupulously polite to a fault.    Anyone who wants to claim otherwise is welcome to prove it – and yes, there I AM more than willing to file a test case.  I’m not the sharpest tool in the box, but I’m way smarter than that.

So yes, “journos”.  Sue Donald Trump.  I beg of you.  Indeed, there’s some legal grounding already starting to happen: 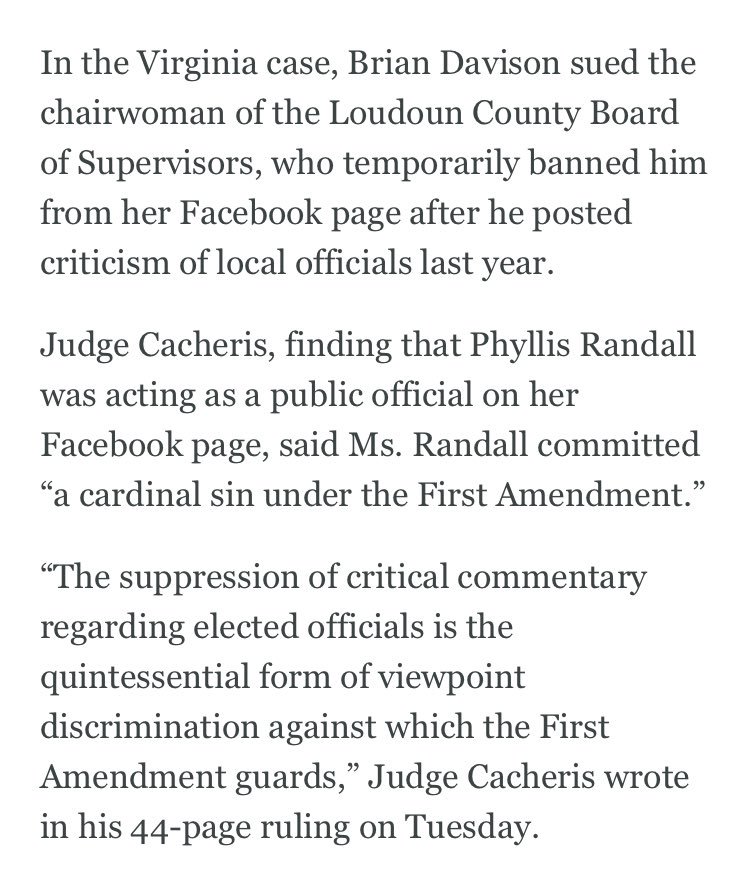 So let the courts court, and the juries jurr.

Then get it incorporated onto all the states.

And we’ve got some lost time to make up for.