In Charles C.W. Cooke’s fantastic piece in National Review last week on the power of emotion in the gun debate, he made an excellent point; facts and statistics aren’t enough.   This series is about making the case not in terms of statistics, but in terms of grabbing you in the freaking liver.

Den Velregulerede Hjemmeværnet:  In 1940, the Nazis conquered Denmark in less time than it takes to play an NFL football game.    One of the flattest, most featureless places in all of Europe, Denmark was a terrible place to try to form a resistance movement; it had no mountains like Norway, Yugoslavia or Greece or southern France; no wooded highlands like Poland; no forests like Russia or Ukraine; not even swamps like Belarus or urban warrens like Warsaw or Paris.  Like the Netherlands, the prospect of guerilla warfare in Denmark was about as appetizing as doing it in North Dakota, only with a tiny fraction of the space.

The foothills of the Stordenbjarl mountains, the most rugged geographic feature in central Denmark. Kidding. It’s a typical lane in rural Denmark. Quick, all you infantrymen out there; there’s an enemy column on the way. What do you do?

And yet the Danes resisted, passively and actively, occasionally to earth-shaking effect.   Fighting against many brutal handicaps, the Danes spawned a ferocious and cunning resistance. 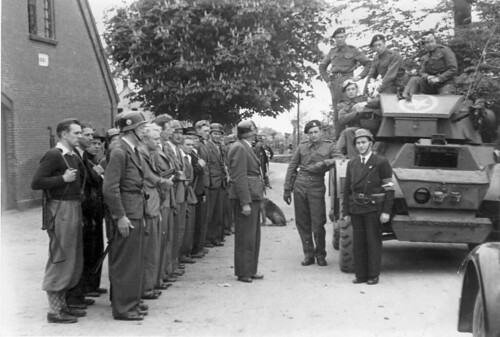 British cavalrymen meeting with Danish resistance fighters near the end of the war.

And at the end of the war, when Denmark’s various constituencies gathered to reconstitute the Danish nation, the men and women who had fought in the Resistance had a seat at the table.

It was more than a token seat, and they weren’t there to make nice; the Resistance was intensely angry at King Christian X for surrendering the nation with only a token fight.  Christian had had his reasons, of course; Denmark was nearly demilitarized in 1940, and had few features other than the water between its islands to stop a modern military; Christian, seeing the foregone conclusion, wanted to spare the Danes the bloodbath that Europe had watched the Poles suffer seven months earlier. Danish resistance fighters, in action against German holdouts in Copenhagen, 1945.

The former guerillas saw the results; trading freedom for security still left the Danes dispossessed in their own land.

And so when Denmark restructured itself in 1946, it rebuilt its military around four basic branches; the traditional Army, Navy, Air Force…

…and a fourth branch, the Hjemmeværnet, or Home Guard.  The branch specifically traced its roots to the resistance, alone among Europe’s militaries (although infantry regiments in the Netherlands and Belgium  trace their lineages to their various resistance movements).  And among the missions stated in the Home Guard’s charter, other than the obvious stuff about defending the nation from invasion and serving as the nucleus of a guerrilla movement against any future occupiers, was to prevent any future Danish government from betraying the nation and its people.

To serve, in short, as a “well-regulated militia” for “the protection of the free state”.

No, they weren’t lifting the Second Amendment; the Hjemmeværnet’s charter existed for purely Danish reasons.   And since the end of the Cold War, that particular proviso in the Hjemmeværnet’s DNA has been shuffled further and further to the back of the political stove.  For the past two decades, that aspect of the Home Guard has gotten less and less emphasis.

But it existed for reasons that resonate with many other societies.

Israel, surrounded and outnumbered 100-1 by people that vowed to drive them into the sea (and most of them still do), has armed nearly every able-bodied member of their population. 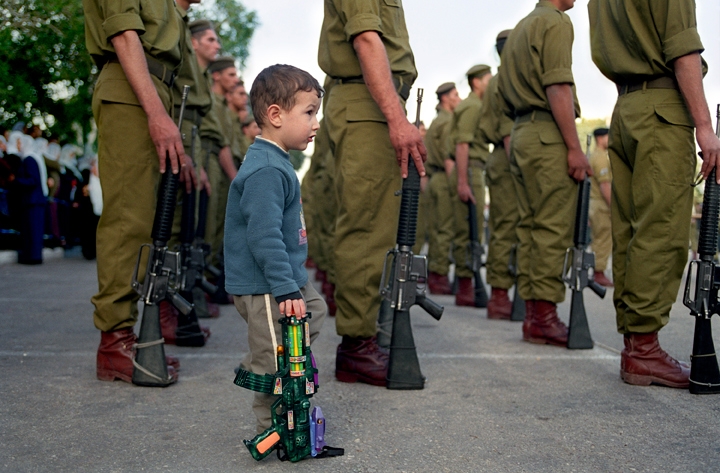 And those citizens are indeed part of a national military, rather than a decentralized “militia” – but a military constituted on the ideal that it’s the citizen’s responsibility to defend the freedom (and, in Israel’s case, sanctuary) they have.  Military service is an intrinsic part of Israeli civic duty.

The Israeli system (as well as that of Singapore and Finland) was borrowed from Switzerland, where most adult men (and since 1972, many women) have kept their service (and non-service) weapons at home, entirely to deter invastion from the nations that surround them.

They’re on friendly terms today – but 75 years ago, they were not.

Norway has a similar Home Guard – the vast bulk of the strength of Norway’s military.  And while they don’t have the same constitutional internal focus as Denmark’s (Norway’s monarchy escaped the Nazis and fought without cease until liberation), Norway’s post-war constitution not only specifically directed the military to disobey any orders from the monarchy, administration or parliament that would betray Norwegian sovereignty, but the posted the specific provision and directive in every Norwegian military office, barracks and installation until long after the Cold War ended. 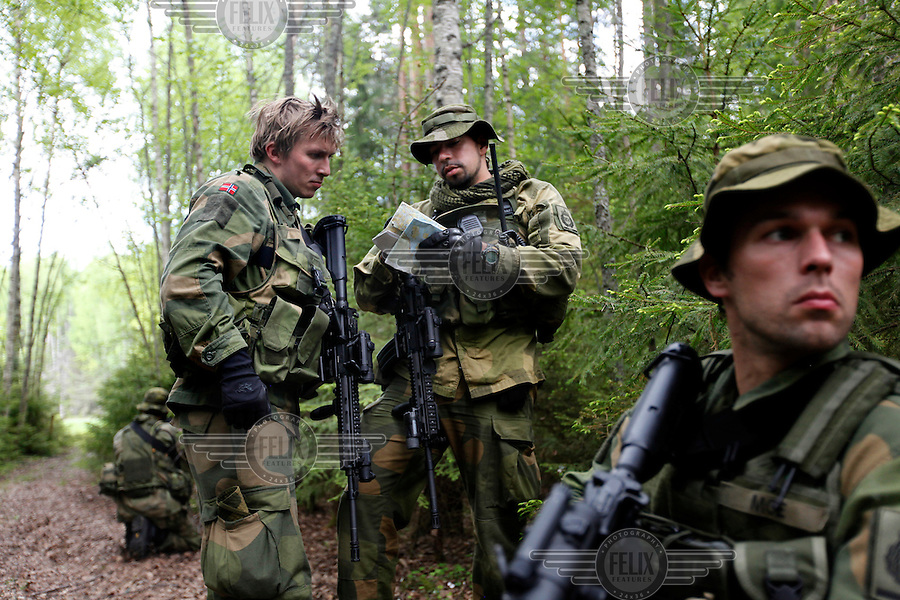 In other words, each of these nations, and peoples, discovered a few key points about their freedom, independence and sovereignty:

Rerun:  Of course, those were things our founding fathers knew 200-odd years ago; that any whiff of Voltairean “ideal state” we managed to wrench from this Hobbsian world would have to be done by non-ideal means; that not only was the permanent government and its military at best an imperfect instrument for ensuring freedom, any government was just a hair-trigger (as it were) from doing just the opposite.

And so in an ugly, awful world, the best guarantor of freedom was, in fact, a people who had the means to not only protect it from external enemies, but ensure their government doesn’t seize it, or just deal it away out of real or imagined expediency.

The Danes learned the hard way what our founding fathers predicted in 1793.

And protecting that legacy is an integral part of the intellectual DNA of every single Real American that fights for the Second Amendment today.

To sum it all up in a sentence: – it’s not about the guns.  It’s about defending our freedom.

4 thoughts on “Why We Fight, Part II: Enemies Foreign And Domestic”