To: Ron Paul Supporters, especially in the 4th Congresisonal District
From: Mitch Berg
Re: Your Shot At Making A Real Difference

Some of you know me.  I’m Mitch Berg.  And long before I had a blog, and even longer before I hosted a talk show, and longer-still before I got heavily involved in “establishment” party politics, I was a Libertarian, with a big “L”:.  I even ran for office as a big-“L” Libertarian  – and won a moral, if not literal, victory.

I support liberty.  I also support being in a position to actually affect policy, rather than being an eternal protest-voter.  All of your chanting and zeal witthin the GOP are of no value – zero, nada, zilch – if you don’t have the ability to actually affect policy in the world outside the party.  And while having your guy win the presidency would do that, you also need to push candidates with your worldview into the US House and Senate, Governors and state constitutional offices, state Legislators and Senators, the county commission, city hall, the school board – the stuff you actually have to win if you want the government to, y’know, audit the Fed and stuff.

Which is why I endorsed Paul – Rand Paul, that is – last winter.  Libertarian purism, like any kind of purism, is a fun self-indulgence – and like any self-indulgence, it will have no affect on society around you.

So I have no beef with libertarianism.  I don’t even have so much a beef with Ron Paul, either.  I approve of many of the issues he runs on.  The stuff he wrote 30 years ago is a big problem – don’t kid yourself.  But I want to support him, or at least what he stands for.

But the bigger part is that, for too many of you, Ron Paul is a personality cult.  I’ve run into too many Paul supporters who support Paul, but can barely articulate what he stands for; indeed, I do a better job of speaking for what Paul believes than they do.

Worse?  Just like four years ago, you flooded GOP precinct caucuses, and are in the process of flooding the BPOU Conventions, and trying to push your delegates on to the CD, State and (you hope) National conventions.  And that’s fine; that’s how the process works.

What’s “worse” is that, like four years ago, so very very very very very many of you will never be seen again after your next round of conventions.  You’ll show up, do your bit for Ron Paul – but not the GOP – and disappear, likely not to be seen again.  There are some exceptions – but they are rare.  Your commitment is to Ron Paul, not to the GOP, even in the context of “Changing the party into a more-libertarian institution in the long term” – with which I’d be completely on board.

And so those of us who have committed to the party – some of you call us “the establishment”, which makes me laugh, since I’ve been a libertarian insurgent in the party for 12 years now, and being “the establishment” means “campaign after campaign of door-knocking, phone-calling and lit-dropping – do feel a bit of resentment, like when you cook a big dinner and some stranger eats the whole thing and doesn’t even say thanks.

Anyway, I’m not here to bag on all you Ronulans.  I’m here, actually, to propose a win-win solution; you get to push liberty, the GOP gets to make inroads in the arena of actually changing policy in a meaningful way.

It’s been controlled by big-government stooges from the DFL for over sixty years now.

But the latest round of redistricting made it a lot more competitive.  It used to be pretty much Saint Paul – a 70-30 statist-DFL district.  But redistricting added in a bunch of the more-conservative, more liberty-friendly East Metro, including thousands of people who moved to Lake Elmo, Woodbury, Stillwater and Afton to get away from the DFL and the rot they bring.

Now, Tony Hernandez is currently the candidate running for the GOP nomination in the 4th CD.  I’ve interviewed him a couple of times – and the language he uses is the kind of thing that should make you Paul supporters (and me) happy to support him.  Big on liberty, shrinking government – most of the Ron Paul elevator pitch is in there.   Before redistricting, he might have been looking at a 65-35 campaign, if he was lucky.

Now?  The odds are not nearly so quixotic.  With a little luck and a ton of work, it’s doable.

So here’s the deal, Paul supporters; if all of you turn out between now and the election with as much enthusiasm and whiz and vinegar in support of Tony Hernandez – who likely will get nominated, as opposed to Paul – and work your asses off alongside all us “establishment” Republicans?  We might just pull off a miracle. 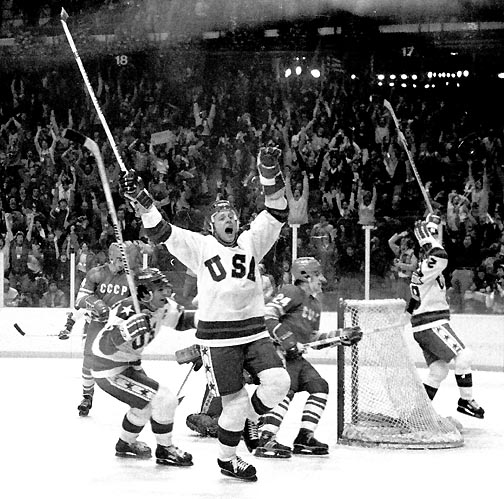 No, bigger than that.

It’ll be a miracle in terms that matter much more, both to you Paul supporters and to the GOP; you’ll have done some real, palpable good in bringing your beliefs to bear in a way that can actually affect policy.

If you’re interested in helping out?  I’ll see you at the conventions.  We’ll have a great time. We’ve got a lot of work to do, and we’ll have fun doing it.

If you’re not? If you’re one of those dolts who believes that by staying home on election day because your candidate didn’t get nominated you actually “send a message” anyone will care about?  It’s not true, by the way – politics, especially at the grassroots level, reflects the will of those who show up.  Not just once, mind you, but every month, every election.  Anyway – yeah, I’ll be working against you.  Totally.