For a conflict that had unleashed countless examples of technological marvels – airplanes, poison gas, flamethrowers, tanks – coordination, not innovation, appeared to be the missing elixir for all the major combatants.

Each military breakthrough had been tentatively tested by the warring parties, often in isolation.  The Germans had little idea how powerful poison gas would be; as a result, the earliest uses saw little territorial gain despite the weapon’s terrifying potential.  Britain’s faith in the tank had slowly evolved to trying to throw entire fields of the diesel beasts against trenches – moves that would leave dozens of them exposed to artillery fire and picked off, one by one.  The campaigns of aircraft bombing or naval landings saw more failures than successes with General Staffs resistant to change despite the horrendous casualties.

But on October 12th, 1917 off the West Estonian Archipelago in the Baltic Sea, the destructive potential of intra-service coordination would be witnessed.  A modestly-sized German amphibious invasion would coordinate naval and air power, as well as the sort of infiltration tactics the Germans had experimented with at Verdun and Caporetto.  The result would be more than another German victory on the Eastern Front, but a preview of the future of warfare. 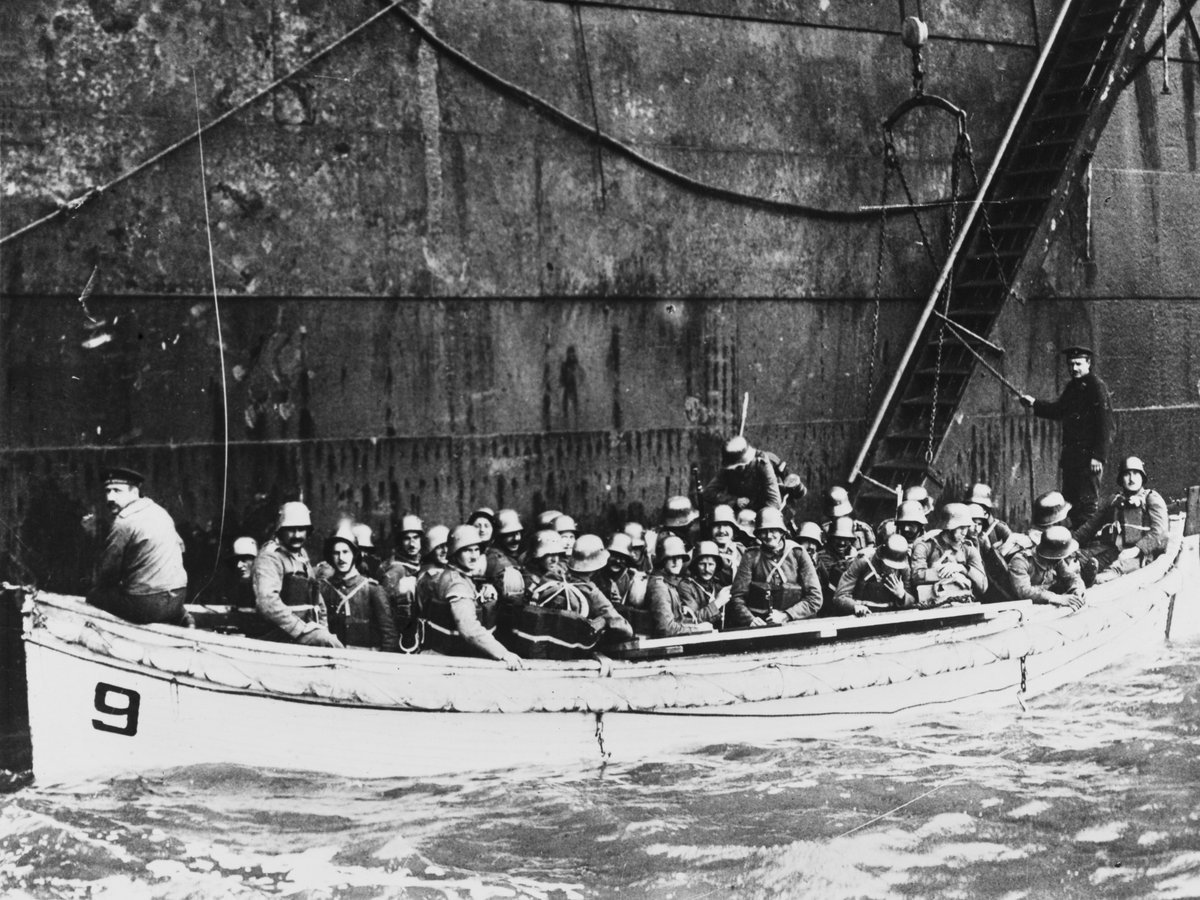 By the fall of 1917, Germany’s armed forces had proven themselves victorious against Russia on every battlefield but one – the Baltic Sea.

From the beginning of the Great War, Berlin’s General Staff had hoped to eliminate the Russian Baltic Fleet, thus protecting German iron ore shipments from Sweden while freeing up naval units to combat the British Royal Navy.  Russian minesweepers had coated the Baltic while British submarines, operating out of Russian ports, continually harassed German vessels.  Clearing the Russians out of the Baltic could reap other benefits as well – allowing for German units to be moved by ship behind the Russian line and or even threaten St. Petersburg/Petrograd with an invasion.

Such was the goal of a German naval operation in the Gulf of Riga in the late summer of 1915.  With the Russians in a headlong retreat at the time – part of the Tsarist armies losing 5 million men in the first 12 months of the war – the German Navy boldly envisioned a quick end to the Russian Front, transferring a number of battleships to the Baltic to crush the Russian Baltic Fleet and seize Riga.  The resulting battles in the Gulf of Riga saw the Germans lose few ships, but were nevertheless forced to retreat in humiliating fashion.  Despite outnumbering the Russians 104 ships to 22, with the Russian vessels being outdated pre-Dreadnought battleships and small destroyers, Germany had lost the fight. 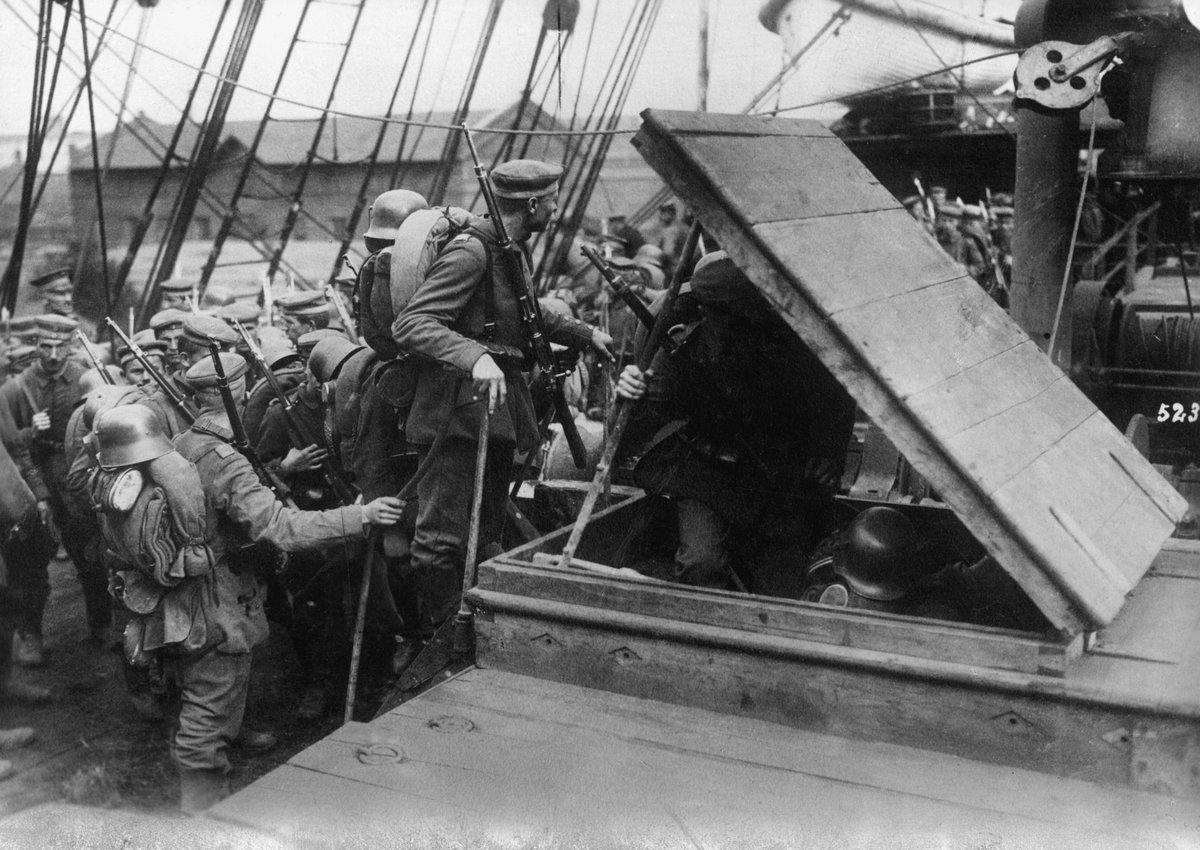 While the subsequent years had seen the Germans advance in the East – now at an unprecidented rates in the fall of 1917 – strategic planners continued to have little optimism about the potential success of any naval landings.  Gallipoli had been one of the worst Allied disasters of the war, and even two years worth of innovation hadn’t been enough to fully convince the British to execute their long-sought after naval invasion of Belgium via Operation Hush.  Having already experienced their own miniature Gallipoli in Riga, the Germans hardly seemed to have any reason to risk their forces with another landing, especially now with Riga itself in German hands.

But the potential of forcing the Russians out of the war outweighed the risks of such an operation.  Since the Kerensky Offensive in July, Russian forces had all but completely collapsed, and seizing the Estonian islands would place the Germans almost at the doorstep of St. Petersburg/Petrograd.  With the Russian Provisional Government in chaos, a German capture of the capital might be the defeat that could finally break the Russian Empire.

With mere weeks of planning, Germany was embarking on the exact same offensive that had ended in failure two years earlier.

Russian coastal defenses – the Gulf of Riga was extremely well-defended

The armada German could muster in the fall of 1917 would not possess the same superiority that it had in 1915.

76 surface vessels (not counting transport ships) would escort 24,500 troops to the Estonian islands.  Against them stood a force of near-equal size – while the Russian navy only had 29 ships to counter the invasion, 24,000 soldiers awaited the Germans on land.  But Germany wasn’t content to replay the same strategies that had used in 1915.  Over 100 aircraft repeatedly bombed Russian defensive positions from late September until the landings on October 12th.  The bombing raids were surprisingly effective, causing significant damage to the installations and numerous casualties.  Rarely before had any of the Great War’s combatants used aircraft to repeatedly soften up a target before an offensive – the days of using planes as simply armed reconassiance or in long-range terror campaigns were changing.

The air campaign would also target the Russian navy.  The use of aerial-delivered torpedoes had only just begun to be realized, as British planes had been the first to sink a ship (a Turkish steamer) in 1915.  The Germans had countered with successful aerial operations in the North Sea in the early summer of 1917, but now were attempting an entire campaign dedicated to targeting an enemy’s naval base.  The following attacks weren’t exactly Torino or Pearl Harbor, as the German torpedoes were inadequate for the relatively shallow waters of the Estonian harbors.  No Russian ships were sunk by plane, but the air campaign kept Russian ships at port and softened up the coastal defenses prior to the naval landings.

On October 11th, the German armada arrived, with the fleet’s 10 Dreadnoughts battering the remaining coastal guns as minesweepers attempted to clear a path past the thousands of mines the Russians had laid.  A number of German ships would be damaged by mines before the operation was over, but the greater present danger would be the Russian Fleet.  The Russian battleships Slava and Grazhdanin (formerly the Tsesarevich) were both pre-Dreadnoughts, but could fire nearly a mile further away than their German counterparts, largely because German naval doctrine had emphasized close-quarter naval combat, resulting in ships with shorter guns.  Between the mines, coastal guns and longer-ranged Russian warships, Germany’s naval advantage could easily be neutralized.

The first naval battles in the Gulf of Riga showed how quickly the forces could be put on par with one another.  The large German Dreadnoughts struggled to maneuver in the Baltic channels, dodging mines and the salvos of the Russian battleships.  Despite the presence of German U-boats harassing the Russians, the superior German force found themselves retreating – unable to position themselves to successfully fire on the Russian fleet without exposing themselves to significant damage.  The victory would be temporary.  The Slava‘s main turrets jammed, the result of wear and tear without replacement parts, reducing the aging warship to a single pair of 12-inch guns for the next battle.  Hit repeatedly by the German Dreadnoughts, and torpedoed by the 50 torpedo boats the Germans had brought to the campaign, the Slava had to be scuttled.  The defeat placed the remaining Russian ships on the run.  Unwilling to risk further damage to their own fleet, the Germans allowed the Russians to escape – the goals were the ports and Archipelago, not a handful of damaged ships.

German transports unload horses – most supplies were carried by horse

As the battle at sea raged, 24,000 German troops landed under fire.  For all the success the Germans had encountered with intra-service coordination thus far, and the use of aircraft bombardment, it was an older invention that would prove the most useful – the bicycle.

Germany had no history of amphibious assaults.  The closest the Germans came to such a unit was the “Seebataillon” or misleadingly-named German Imperial Marines.  The German Marines had mostly been stationed at Tsingtao in China but had no doctrine of naval landings.  Even as the ranks of the Imperial Marines grew during the war, the units were strictly land-based units; the Germans had no intentions of launching a naval invasion with them.

The lack of experience might have actually benefited the Germans.  Amphibious doctrine at the time, even today with the United States Marines, placed an emphasis on the consolidation of a beachhead – all to ensure that the invading force can’t be cut-off from their supply ships.  For the Germans landing at the West Estonian Archipelago, the goal wouldn’t be consolidation, but speed.  German “Special Units” would storm the beaches and advance as far as they could, with the goal of bypassing defenses to strike at the reserves and lines of communication and supply.  With motorized warfare still a generation away, the German solution was a simple one – have their special forces ride bicycles behind enemy lines.

While the morale of the Russian Navy could still survive combat, the morale of the Russian Army was practicality nonexistent.  A confident Russian defense could likely have exploited Germany’s overly aggressive invasion tactics, but battered by German naval guns and airplanes, and now cut-off by the German Special Units, most Russian soldiers preferred surrender to another fight.  Over 20,000 Russians lay down their weapons and became prisoners of war.

The road to St. Petersburg looked open and German was now the near-master of the Baltic Sea.

The Russian Provisional Government was still trying to regain it’s credibility in the aftermath of the Kornilov Affair when the German victory in the Baltic occurred.  Unable to seemingly command their own armies, and with the Germans closer than ever to the capital, Kerensky and his remaining allies called for St. Petersburg to be abandoned, and the capital to be moved to Moscow.

A German airship – with relatively few anti-aircraft guns, Germany was able to utilize the Zeppelin to continuously bomb Russian positions

The Bolsheviks criticized the government for being willing to surrender the “revolutionary capital,” providing a brief preview of the dilemma the future Communist government would have with the Germans after seizing power – how much territory should be ceded to Berlin to achieve peace?

For the Germans, while the “Special Units” would be disbanded immediately after the victory, the lessons of the battle – coordination between military branches, and the value of speed – would become invaluable in the summer of 1918 as Germany would make one last desperate bid to win the Great War.

1 thought on “Gallipoli on the Baltic”