For the better part of a year and a half, the British General Staff had tinkered with the plan.  The lessons of failed offensives and technological innovations had repeatedly changed Sir Douglas Haig’s tactics but not his overall strategy.  On June 18th, 1917, the commander of the British Expeditionary Forces signed off on the most ambitious amphibious attack since Gallipoli – an invasion behind the German line via the beaches in Belgium.

Massive newly designed landing crafts would drop off 13,500 British troops, tanks, artillery and even a motorized machine-gun unit.  Coupled with a joint British/Belgian/French offensive from Ypres, Haig had envisioned a quick strike behind the fearsome new Hindenburg Line, driving deep the behind German front to sow confusion, forcing what the British believed were weary German defenders to abandon their fortified trenches.  For a commander who was already earning the gruesome moniker of “Butcher” for his seemingly callous disregard for British lives, Haig appeared invested in finding a solution to the trenches short of yet another frontal assault.

The offensive had been silently built up for months, hence the codename of Operation Hush.  Yet for all of the supposed secrecy, within 24 hours of the offensive’s approval, the Germans would know exactly what the British intended – and would counter it.

Operation Hush – a naval-based flanking maneuver designed to finally circumvent the German trenches, the operation would be batted around the halls of the London War Office for almost two years

Since the earliest days of the Great War, Britain had obsessed over the opportunities that the Belgian coast provided their armies.  As early as October of 1914, First Lord of the Admiralty Winston Churchill had advocated for a naval landing behind the recently occupied Belgian front.  Even officers as relatively cautious as the British Expeditionary Force’s first commander, Sir John French, backed the concept until it was shelved for the similar Gallipoli operation.

Despite the dominance of the British Navy, the debacle of Gallipoli seemed to permanently close the discussion of any further British coastal landings.  While the entire Great War had demonstrated that offensive military tactics had fallen woefully behind the defensive capabilities of artillery, trenches and machine guns, the gap between tactics and technology had appeared even greater on the shores of the Bosphorus.  Men had come ashore in rowboats under machine gun fire, obliterating units in a fashion that in many cases would outstrip the bloodshed at Normandy a generation later.  Those few who were lucky to make it to land unscathed lacked the supporting armaments to overcome Turkish defenses and the communications necessary to coordinate the exploitation of the few gaps in the Turkish line that developed.

The shores of Flanders seemed equally as daunting for a second British amphibious operation.  The port of Ostend, the goal of any landings as access to the city’s deep-water ports would allow for the transportation of larger numbers of men and machines, was easily in range of German harbor guns.  Coupled with the introduction of the Lange Max, the largest artillery gun at that point in history, capable of slinging car-sized shells at Flanders, any landing zone would come under intense fire.  The coastline was dotted with imposing seawalls, making any advance all the more difficult, if not impossible when it would come to moving heavy guns or tanks ashore.

None of those impediments included the reality that any British invasion would need to be supported with a spoiling attack from their land-based positions.  Increasingly, any lingering British hopes of outflanking the Germans via the Belgian coast were predicated on British troops already advancing in Flanders.  With gains measured in meters instead of miles, Operation Hush gathered cobwebs in the strategic plans of the British War Office.

By the spring of 1917, some of the obstacles that had prevented Operation Hush from ever going forward had seemingly dissipated.

Gigantic pontoon carriers, each 550 feet long and 32 feet wide, had been developed for the transportation of tanks, artillery and men.  While these flat-bottomed boats would have to be pushed by monitors, each could deliver a contingent of troops, ambulances, motorcycles, wagons and even three tanks via the estuaries along the Belgian coast.  The Belgian seawalls, once so imposing, could now be traversed with new “feet” treads on the tanks, designed in part by the Belgian architect of the very seawalls these vehicles would have to cross.  The Royal Flying Corps (RFC), the predecessor of the Royal Air Force, had also refined air-to-artillery communication efforts, allowing for more precise targeting of German gun positions.  If any invasion of the Belgian coast would come under German artillery, the RFC would now be able to quickly identify the guns and coordinate land and naval-based counter-fire.

The new pontoon carriers – these massive boats would dwarf the landing crafts used on D-Day in 1944, but weren’t armored and actually offered only protection against small arms fire

If technological hurdles had been overcome, the same could not be realistically said of the strategic ones.  The German retreat to the Hindenburg Line had gained the Entente miles of previously occupied territory, but little of those gains had come in Flanders.  The German line was heavier and better defended than perhaps at any time during the war.  And increasingly it appeared as though it was the Western Allies, not the Germans, who were experiencing war weariness.  The full extent of the recent French mutinies might not have been known to the British (although they could have been hinted at it as French artillery units refused to cover British units in Flanders), but almost no one in London or Paris supported the idea of resuming offensives operations in France until the arrival of American reinforcements.  Only Haig, determined to break the German line with his planned Third Battle of Ypres, was arguing to go on the attack.

For months, Haig had British units preparing positions near the Yser River, close to the intended landing beaches at Middelkirke, mid-way between the Yser and Ostend.  RFC planes had scouted German artillery placement and coastal defenses while fresh British and French units had cycled in and out of the region.  On June 19th, 1917, one day after approving the final preparations for Operation Hush, a German patrol captured British soldiers who revealed the full extent of the battlefield preparations they had been ordered to undertake.  While the British soldiers knew nothing directly of the plans for Hush, the overwhelming activity had cost the Allies any element of surprise.

Believing the British attack could come at any moment, the Germans prepared to strike first.

Despite having little more than a couple of weeks to plan, the German response – Unternehmen Strandfest (Operation Beach Party) – made short work of the months of British preparations.

On July 9th, 1917, the Germans launched an attack to take the Yser River entrance.  Driving the British back across the Yser would create an aquatic barrier to further offensives, as the Yser’s depth would make it difficult to cross if the banks were contested.  German artillery destroyed the bridges across the Yser and cut the telephone and wire communications.  Mustard gas shells targeted British artillery units, leaving British infantry without an effective counterattack.  With German planes strafing British reinforcements, within 20 minutes of the first shelling, the Germans had reached the dunes on the western bank and threatened to cut off the British entirely.  Nearly 80% of the British force on the western side of the Yser had been killed or captured, with the remaining men desperately trying to swim against the strong currents to reach relative safety.

German troops advance on the beaches in Flanders

After 3 hours of combat, one of the key lynch-pins to Operation Hush’s execution – advancing from the Yser – had been undone.  For the loss of only 700 men, the Germans had destroyed several British battalions worth of men and made another 1,200 their prisoners.

Still, the effect of the German attack didn’t end Haig’s hopes for Operation Hush.  Counterattacks against the German gains continued well into July and August, causing casualties but gaining little ground back.  Only the lack of progress with the Third Battle of Ypres would finally cancel Hush, as Haig was forced to end his offensive after another 200,000 casualties.

In the war’s aftermath, Operation Hush became a tantalizing “what if” scenario – as enticing to post-war minds as it had been to Sir Douglas Haig.  But would 13,500 men landed behind the German line have been as successful as it’s backers – then and now – believe it could have been? 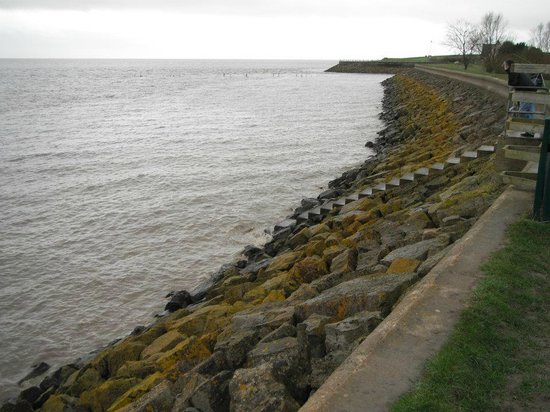 The famed British tactician and historian J.F.C Fuller – a strong proponent of armored warfare and flanking techquies – lambasted the plan, calling it “a kind of mechanical Gallipoli affair” and as offensives went, a “crack-brained one.”  The landing zones were easily flooded and already had German units placed on hand in case of an invasion.  The Germans had also repeatedly trained to attack with torpedo boats in case of just such an occasion.  And after the war, it was determined that the tanks the British had hoped could scale the Belgian seawalls would likely become mired in the film of seaweed stuck to the surface – the “feet”-like tread would have left most of the tanks stranded halfway over the wall.

The true failings of Hush weren’t tactical or technological – they lay within the British assessment of the German army’s morale.  Haig and others may have differed on the effectiveness of Hush, but many in the British War Office wrongly believed Germany was losing it’s willingness to fight.  The German efforts in Flanders and the Third Battle of Ypres would show that Germany had lost neither their willingness nor ability to fight.  Even if Hush had been successful in getting British troops ashore, there’s little to suggest that the end result would have been much more than a small additional front on the Belgian coast.