All week, we’re going over the “Protect” Minnesota press release from last Friday evening (aka “where politicians take out their trash”).   Because the Reverend Nancy Nord Bence’s work is just too awe-inspiringly bad to tackle in just one post.

Aside:  I can hear you asking already; worse than a Heather Martens piece?

It’s a good question.  The answer is this; point for point, nothing is as factually void as a Heather Martens statement.  And if you let her work in long form, she is capable of packing immense amounts of untruth into a small space.

But pound for pound, the Reverend Nord Bence may have put less fact, less logic and less truth into this press release than any single document in Minnesota history.  It makes Minnesota Progressive Project look like Brittanica.  It’s that bad.

First, Some Background:   Remember what a cesspool of violence Minnesota was in 1973?  When all those otherwise normal, workadaddy, hugamommy people got their hands on guns and, unimpinged by the law, ran out and started killing people?

And yet, one did not require a permit to carry a firearm, openly or concealed, in Minnesota.  Minnesota didn’t introduce carry permits – the loathsome “May Issue” system the good guys euthanized in 2003 – until 1974.

Which was not long before we started having crime problems in Minnesota.  But correlation doesn’t equal causation.

Next, The Cold Dry Facts:  House File 188, if passed, will allow any citizen who is legally entitled to own and carry firearms to carry them anywhere they’re legally allowed to.  They couldn’t carry them where they’re not legally allowed to – federal facilities, courthouses, schools and places where they’re asked by property owners not to carry.  People who are not legally entitled to carry firearms, due to criminal record or other disqualifying factors, would not.

In other words, law-abiding citizens could exercise their rights without asking government for permission.  Just like their rights to speak, publish, worship, assemble and all the rest.

Exactly as they could before 1974.

Like The Truth, Only The Complete Opposite:  The release starts off with a bang; as caustically cynical a lie as I’ve ever read in print, and I say that neither lightly nor hyperbolically:

The permitless carry bill (HF0188) would invalidate all state laws regarding carrying or possessing weapons in public and authorize anyone to carry a gun without a permit.

This is a lie. 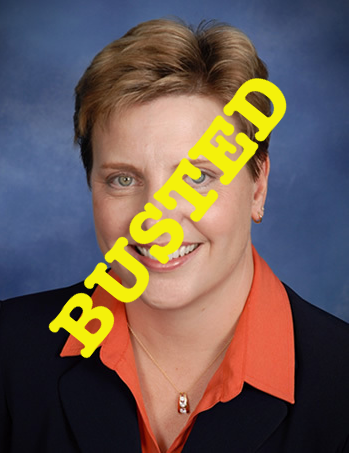 The same people who can’t carry a gun today, can’t carry one under the Constitutional Carry bill. Full stop. Don’t be an idiot.

Anyone who is not entitled to own or carry firearms in Minnesota, will be forbidden to carry guns in Minnesota.

People with felony records?  No carrying for you!

People who have been determined unable to own firearms, after actual due process?  Nope.  They won’t be able to carry firearms.  At all.  Period.  End of sentence.

And it won’t invalidate law about carrying or handling guns responsibly, in public or private.  The onus will be on the law-abiding gun owner to, well, be law-abiding.

Just as they are today.

Nord Bence actually flirts with fact for a moment:

If this bill were to pass, a permit would be “optional.”

Not if one wished to travel to a state that requires permits.  I’m fairly certain Nord Bence doesn’t know this, which I’ll speculate is why she used the scare quotes.

Shotguns, rifles, even semi-automatic assault weapons could be carried openly by anyone, without so much as a background check. 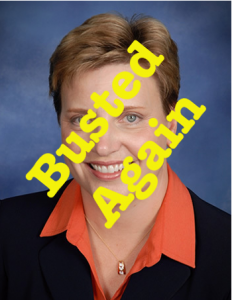 Let’s be honest; the only “background check” that matters is the one the police run when they pull you over.

The federal laws about getting background checks on handguns and “semiautomatic assault weapons” remain unchanged.

Current state laws about rifles and long-barreled shotguns remain unchanged – they need not be registered (and are used in crimes about as often as “Protect” Minnesota says something factual; being long arms, they tend to be a little conspicuous for street crime, and a little inconvenient for crimes of passion).

Which is not to say that people who commit mayhem don’t carry guns.  Clearly, they do.  They just never, ever pay the state $100 and take a background check to do it – because most of the ones who end up committing mayhem with guns couldn’t pass one anyway.

Reverend Non-Sequitur:  Up next, she descends into absurdity (with emphasis added by me):

This bill would prevent local law enforcement from fulfilling their sworn duty to protect the communities they serve. Currently those who want carry permits need to undergo a background check and be approved by law enforcement. According to BCA reports1, between 2005 and 2015, 3,800 Minnesotans were denied the right to carry through this process because of prior violent felony convictions, domestic violence, drug use, violence against police officers, repeated DUI’s, and previous suicidal threats. If the permitless carry bill were to pass today, those 3,800 dangerous individuals would be able to start carrying guns tomorrow. 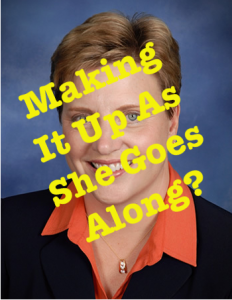 If you can’t carry a gun now, the bill won’t change anything. At all.

No, they can not.

People who have violent felony records, and some domestic convictions, can not own, or possess, or be in the same room as, firearms.  Forget about carrying them.    According to several levels of law, state and federal.

People with other behavior – alcohol abuse, drug abuse, violent mental illness – that would otherwise deprive them of the ability to pass a background check, can and do currently have their right to carry – or for that matter, own – guns abridged after due process.

I’ll take the Reverend Nord Bence and her ilk seriously – more seriously than they deserve – for a moment, here; they are of the opinion that making the law-abiding gun owner jump through procedural and financial hoops makes society safer.

We’ll come back to that tomorrow.