I’ve been a little slow getting to this story – it’s a few weeks old, and it’s been a busy November so far

One Gregory Bush walked into a Kroger in Louisville, KY, and killed one black man, apparently yelling racial slurs as he did so.

There is some evidence – albeit only in an incredibly badly written alt-media story – that he was confronted by one armed man inside the story, after murdering 69 year old Maurice Stallaard:

The suspect is also reported to have said: “Whites don’t shoot whites.”

Busy left the Kroger, went to the parking lot, and shot Vicki Lee Jones, 67, bebore turning his attention to Dominic Rozier and his family. 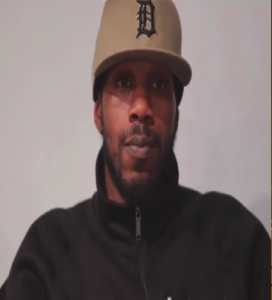 Rozier, however, was also a carry permittee – and he engaged Bush, forcing him to disengage and flee.    He was caught, and has been indicted on two counts of capital murder, with very likely federal hate crime charges on deck.

The racial angle of this story has gotten all kinds of coverage.   Bush was prohibited from owning firearms legally due to a variety of previous violent violations – so clearly the shooting never happened.  His state of mind is certainly in question.

What is not in question is that two good guys – one white, one black – with legal firearms and the right and will to use them – defended themselves, their families (in both cases, literally, then and there), and their community; they did it judiciously (as almost all citizen in this situations do), and they did it successfully.

The Minnesota Democrat “Farmer” Labor party wants to make that impossible.  Don’t ever forget it.