MInneapolis’ DFL is eating itself: 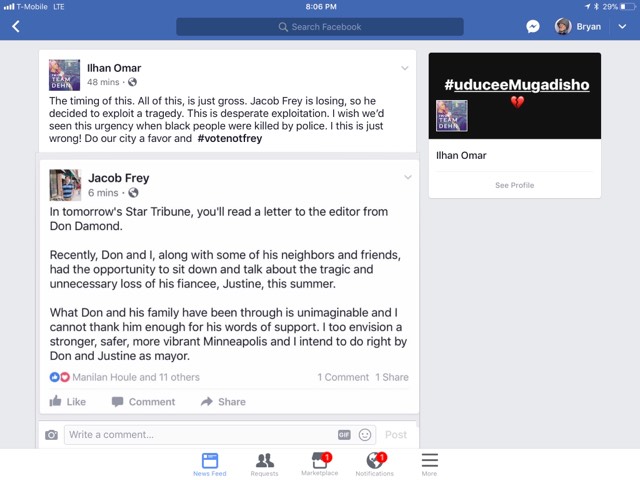 While this blog has endorsed Nekima Levy-Pounds, a Ray Dehn victory would serve about the same purpose.